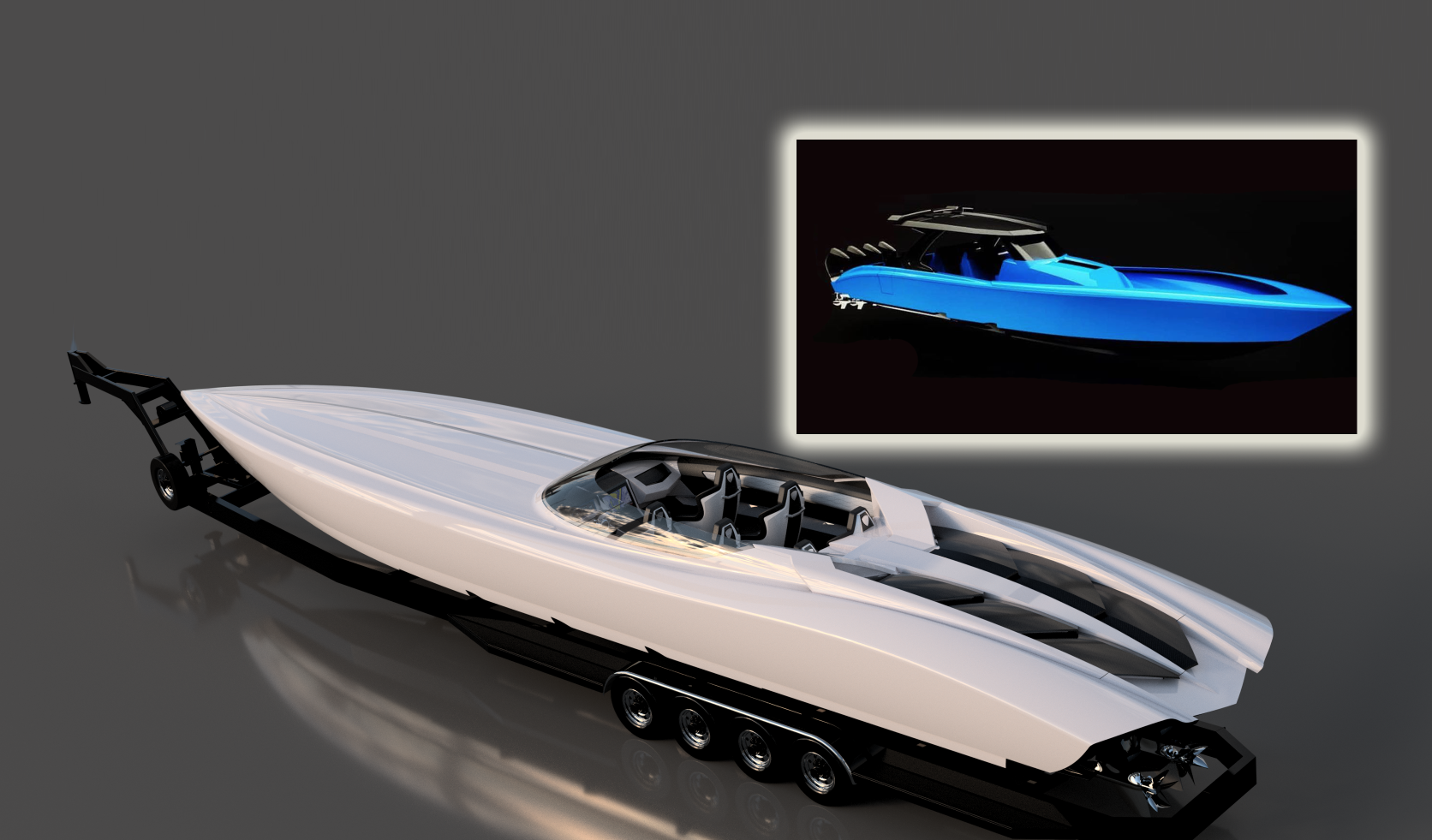 Adrenaline has been wowing the industry with two ultra-luxurious speedboats: the outboard-powered 45 Speede and the ZRX-47, equipped with stern-drives. Both are all-carbon boats with CNC-cut tooling; everything is designed in CAD at the factory and boast magnificent detail work and supercar-style design, fit and finish, etc. Both have been shown at the Miami International Boat Show, and have participated in events like the 1,000 Islands Charity Poker Run and the Jacksonville River Rally.

Layton told Powerboat Nation that the new 54 will be “the big brother” of the 47. “They’re very similar and share a lot of tooling,” he said. Meanwhile, the center console model—as yet unnamed—is a design that Adrenaline has been working on for some time. A few days ago, unable to contain his enthusiasm, Layton shared an image of an artist’s rendering of the boat to social media. “It’s a sort of teaser picture,” Layton says. “I couldn’t take it anymore—I just had to show people. The design is not completely fleshed out yet, but it’s very close.”

Layton said the new boats will follow the same construction plan as the ZRX-47 and 45 Speede. “They will follow suit with the other boats that we build,” he said. “Everything we build is epoxy infused.”

The base engines on the 54 will be twin staggered 1350s, while the center console will typically feature Mercury Racing 450Rs, which is how the first customers have ordered it.

Expect to see the center console by Spring 2020; the first 54 out of the mold will likely be later that year.

Check out this gallery of Adrenaline’s ZRX-47 and 45 Speede.