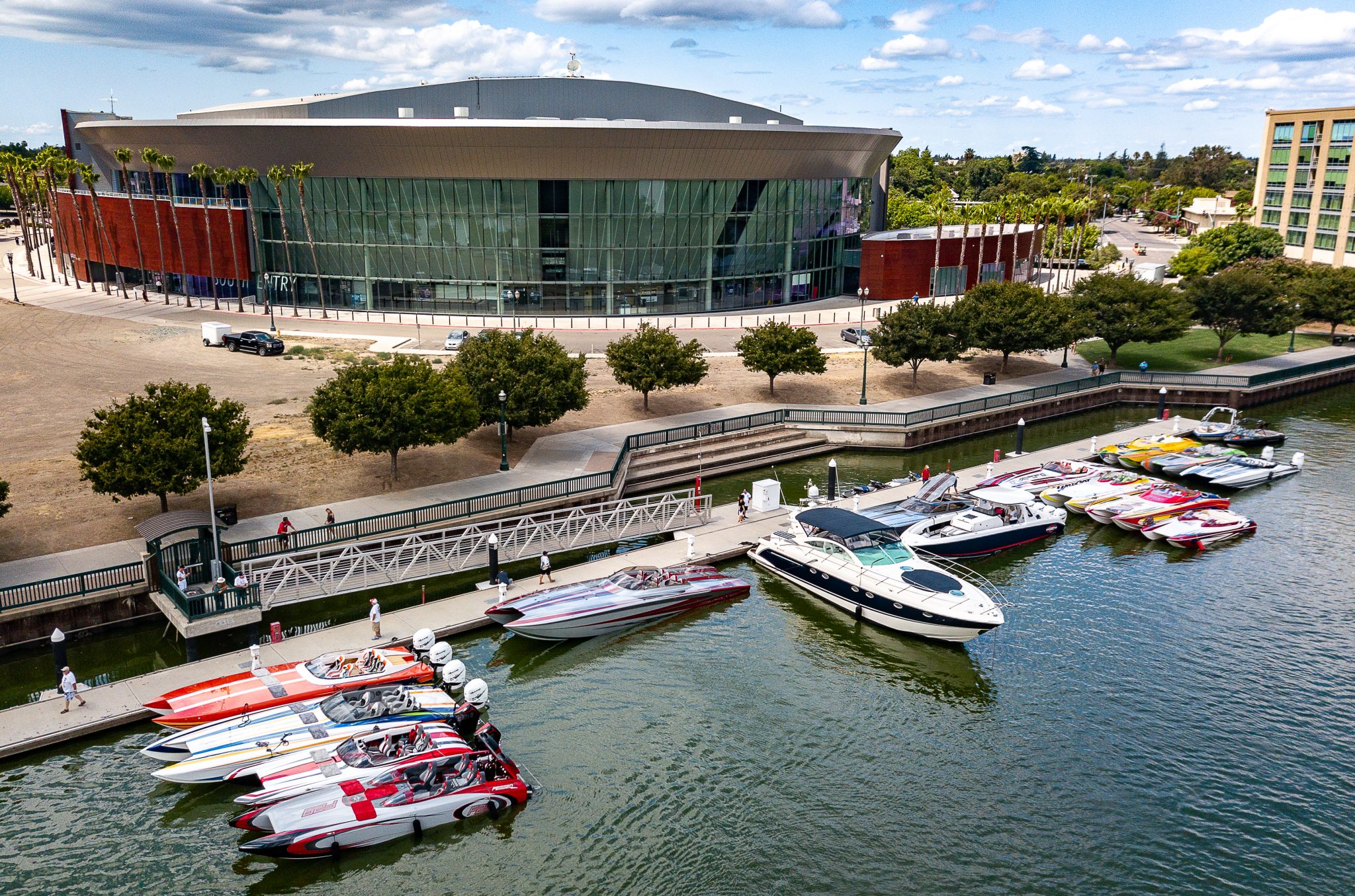 Northern California’s biggest speedboat event of the year is undeniably the Big Cat Poker Run, and the 2019 edition was an incredible experience. Participants embark on a boating adventure that takes them through the unique waterfront community of Discovery Bay, to Pittsburg and Stockton, CA, and all through the California Delta, before returning to Discovery Bay (located about 60 miles from San Francisco).

Presented by Teague Custom Marine and Colledgewood Inc., Big Cat is so named for the Discovery Bay Lion’s Club, which produces the event. Its president is Glenn Hoffman (owner of a 2006 38′ Eliminator Eagle with TCM 1020 power), and he is justifiably proud of how well the event comes off every year, the money that is raised for charity, and the positive vibes elicited from the participants.

The overall concept remains the same: the cost is $150 to participate; there was a VIP dinner on Thursday at the Discovery Bay Yacht Club, with the official start on Friday that took the fleet on a lunch run to Smith’s Landing Seafood Grill in Antioch. Historically, the Friday lunch run rotates between three or four different restaurants. This year, the group dined at the new Smith’s Landing waterfront eatery, and it was a major hit. “The owners and proprietors are friends of mine,” Hoffman says. “They put together a really nice event. For $20 a head, they gave our people an all-you-can-eat seafood lunch. The facility is beautiful, with great docking. We had 190 people there for lunch, and everyone was very, very pleased.” A welcoming party and registration follows on Friday evening. Saturday is the poker run, with the poker draw and party afterwards.

Another lunch was served at Hoffman’s own restaurant, where up-and-coming celebrity chef Roberto Rose, originally from Italy, whipped up a delightful meal. “With any luck, he will be famous in years to come,” Hoffman says.

Saturday’s poker run featured two routes, a shorter run for slower boats and a longer run for larger and fast boats. The short run started at Discovery Bay, then to Sugar Barge Resort, Tower Park for lunch and back to Discovery Bay. The longer run kicked off at “Disco,” then to Pittsburg Marina, the Stockton Hotel for lunch and then back.

“The poker run would not be successful without the support of our many sponsors,” Hoffman says. There are 43 sponsors total, with the major ones being Teague Custom Marine, Colledgewood, DCB Performance Boats, Eliminator Boats and Labor Unlimited.

Among the participants: Dave Magoo in his new DCB M44 Bananas XL, Bill Lyons in his Skater 40SS Mass Disruption, Gary Colledge in his 40’ Skater Colledgewood and Bob Teague in his 44’ Skater (with Speedboat Magazine co-publisher Ray Lee on board for the ride). Also attending was MTI President Randy Scism, who drove a 340X cat.

Hoffman gives special acknowledgement to the city of Pittsburg for their generous accommodations at the Pittsburg Marina, which provided tents, refreshments and food, free of charge.

“The most important thing is that we had a safe run,” Hoffman says. “Aside from Dave Magoo losing a prop and a couple of outboards losing power heads, the event was incident free. And that’s phenomenal.”

Next year, the Big Cat Poker Run will celebrate its 20th anniversary, and Hoffman promises that it will truly be an affair to remember.

Check out the gallery below from the 2019 Big Cat Poker Run!