Home Brownie's Bites Brownie’s Bites: Finally Made it to Florida 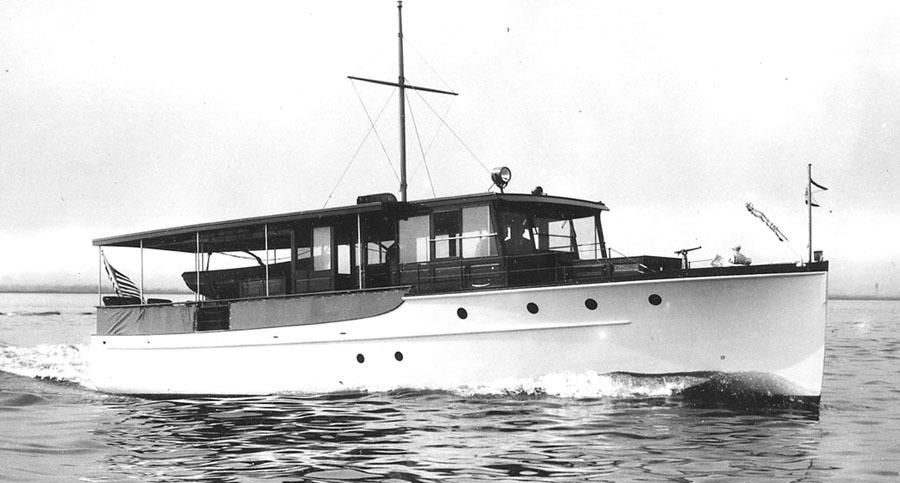 When I finally came down from the joyous cloud of living in South Florida, I needed to buckle down and go to work, every day. I had been bunking on the Miami River, at Nuta’s Yacht Basin, on my trusty 1928 Elco Charter Boat. Apparently, I have a “Ho dog” gene that wants me to fish, drink, chase women, and live off the land. Pretty damned strong gene, too, compared to one that causes the dull stuff, like fidelity, industry, honesty, things like that. When I first came to Florida, in 1956, I bought a small mobile home in a trailer park in the tiny municipality of Allapatah. It was located at 3586 NW 41st St. Although it was close to 36th Street, the area was partly undeveloped, and partly abandoned. The area was not for the faint of heart. A few blocks north of the park, on 46th Street, just west of 32nd Avenue, there was a small bar, called Hart’s Place, that sold package goods and had a few ‘open air’ bar stools, each one different than the rest, largely inhabited by ‘ the brothers’. The last time I went there for a bottle of gin, there was a large black guy, sitting on one of the stools, sprawled forward on the bar with an Army 45 automatic pistol in his right hand, a few crumpled bills in the other, and a large bullet hole in his forehead, obviously placed there by the bartender, Marvin. “Bitch tried to rob me!” “Holy crap, did you call the cops?” “Not yet” “Waitin’ for these guys to leave, they gots warrants”. “You wanna buy the 45?” “Hell No”. I decided to shop elsewhere after that.

The trailer park was next to a large, nearly vacant field that, after exploration, turned out to be a bonanza for folks who shared my Ho dog gene. The area had been an orchard, and was still full of oranges, grapefruits, kumquats, mangos, practically everything that goes well with rotgut gin! In addition, there was an abandoned chicken coop that still had some chickens (At least until the Ho dog gene guys showed up). We often gathered there on Fridays, after work, and stayed most of the weekend, leaving only for condoms and condiments and ice. I often stayed at Challenger Marine, where I could work on my 1949 Crosley Hotshot car, which required a lot of maintenance. It was a fun little two seater, and had a number of features that “scooped” the auto industry. One was Goodyear Hawley Spot Brakes, the predecessor of today’s disc brakes. Only problem with them was the fact that, during a panic stop, they would deploy, one after another, essentially stopping one corner of the car at a time. It sort of reminded one of a camel lying down, screaming four times.

The only things that drew me back to the trailer park were, one, I had rented part of the trailer to two Eastern Airlines stews, and two, that a GORGEOUS girl had moved in across the street with her family. I was badly smitten by the obvious physical attributes, blond hair, green eyes, exceptionally well proportioned, and had the cutest southern drawl. Maybe 17 or 18 years old. I immediately shifted into Boy Scout mode, cutting their grass when I cut mine, etc. I chatted her up whenever possible, never seeming to engender much favor from her dad, who was a preacher. Next move was to attend her dad’s church, and sing loudly. I had a pretty decent set of pipes, before the thousand gallons of booze, and dreamgirl invited me to sing in the choir, with her. Required some practice together, but heck, I am a giving guy! Finally, after an eon of effort, I was allowed to take her to the movies. There was a theater on 36th Street, near the park, and we rode together in the Hotshot, making a somewhat circuitous route, pointing out the slum highlights. I was actually a bit nervous, never having been this close to a Goddess. I had just gotten a haircut, shaved three times, put on aftershave, new Jeans, shoes, socks, etc. I sort of viewed myself as John Wayne, takin’ a childlike Angie Dickinson to the barn dance. We were ushered (a nice touch in those days) to our row, and had to walk sideways to get to our seats. While we were sidling, I felt a draft in the winky area of my new Jeans. John Wayne needed to zip up! No problem. It was dark, and I waited until I was in front of my seat, still standing. With no one watching, I located the zipper and quickly zipped the ponytail of the girl in front of me into my zipper. When I moved, her head jerked back and she screamed. He boyfriend threw a punch, but he was no match for John Wayne. I kayoed him and ripped off about a third of the girl’s ponytail and beat it out other aisle in search of Angie. No luck. She was not sitting in the Hotshot, waiting. There I was, standing in front of the theatre with a shock of blond hair protruding from my crotch. I guess they didn’t like John Wayne at the park, as they barred me. Well, hell, I went to North Miami and went to work full time for the rest of my life. That girl drove me to drink. I never got the chance to thank her!