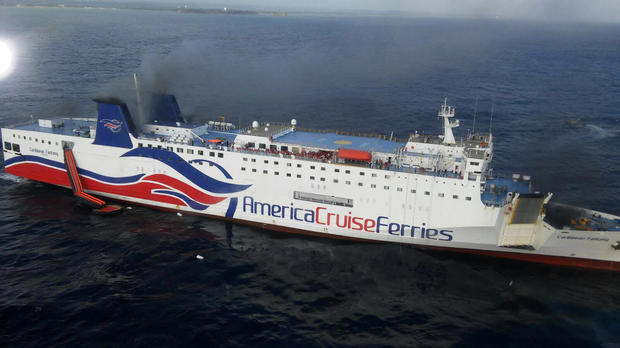 SAN JUAN, Puerto Rico — More than 500 passengers and crew were evacuated on Wednesday from a burning ship about a mile off Puerto Rico’s north coast, and many required medical care, though there were no reported fatalities.

The fire continued to burn aboard the Caribbean Fantasy, a combination cruise and ferry ship, as the U.S. Coast Guard brought passengers into San Juan’s harbor while helicopters whirred overhead. Other agencies and even private vessels joined in the effort before firefighters were ordered to abandon the ship.

The Coast Guard said all passengers and crew were evacuated, and it tweeted that the ship had run aground. Federal authorities were interviewing the captain, Crespo added.

Read more from the original article below!