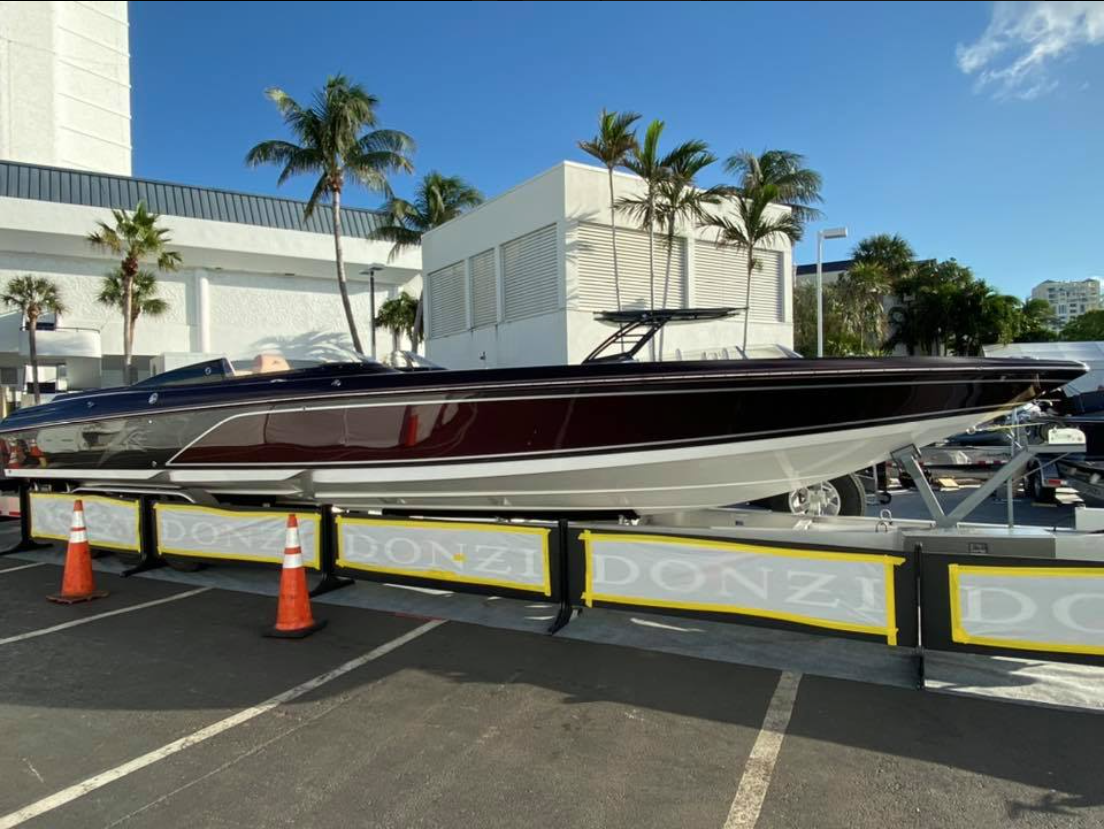 With the 60th annual Fort Lauderdale International Boat Show in full swing, the 2019 Halloween offerings are bountiful. One new “treat” that has showgoers particularly intrigued is Donzi Marine’s re-release of its 38ZRC model, which was once “wildly popular in the 1990s and early 2000s, and has a good following” according to Jeff Harris, chief operating officer of Iconic Marine Group (which includes Fountain and Baja). “It’s the quintessential performance luxury craft, and the interior really came out beautifully,” Harris says. “The fit and finish on the boat is second to none. It’s absolutely perfect in every way. People looking at it at the show just can’t believe it.”

The boat is one of two models being relaunched to bring back the glory days of Donzi (the other being the 55th Anniversary Edition 22′ Classic). The 38ZRC arrived in Fort Lauderdale with a number of new styling twists: for example, the high-tech carbon-fiber dash allows for optional port or starboard steering. Donzi’s unique fighter jet canopy-style windscreens practically scream “high performance” in every way. And where the fiberglass meets the water, Donzi’s Positive Lift Double Step bottom design gets the boat on plane in a jiffy. Harris says the 38 is rock solid at cruising speeds and blistering fast at top-end.

“Back in the 1990s and early 2000s, the boat was built with a lot of wood, so they haven’t held up very well over the years,” Harris tells Powerboat Nation. “This is a more modern version of the ZRC—it’s a composite boat, so the construction is much more sophisticated and will last a lot longer.” Indeed, the 38ZRC features a composite stringer system, fiberglass interliner and cored high-density hull sides.

The bling continues, with Shadowcaster underwater lights, custom stainless steel hardware, and a rocking JBL Marine sound system ensure there will be no shortage of attention dockside or at speed. In the engine compartment, buyers can choose between Mercury Racing 565HP Bravos and staggered 860s with #6 drives; the Fort Lauderdale sports the naturally aspirated 860s from Mercury Racing’s game changing QC4v lineup.

“We’ve had a lot of interest in the boat, and are very excited to show it to people,” Harris says. “We did one quick speed run at the factory, and the first time out, it went over 115 mph. So it’s got a ton of performance.”

He said his team at Iconic is still fine-tuning the setup, and plans to try some different propellers and do some bottom blueprinting. “But once it’s dialed in, this boat is going to be a force to be reckoned with,” Harris says. “It’s a Donzi through and through, and I promise you it’s the most elegant one that’s ever been done. ”

Harris, whose celebrated offshore racing career has resulted in eight World Championships and 12 National Championships, is expected to act as throttleman of the 48’ MTI Team CRC/Spooled Up Racing with driver Mike DeFrees racing in US-Class 1 as the Key West World Championship races get underway on Nov. 3.

Check out the Donzis, along with an array of Fountain Powerboats, at the Iconic Marine booth, located in Red Zone G/H, Docks 15-22. 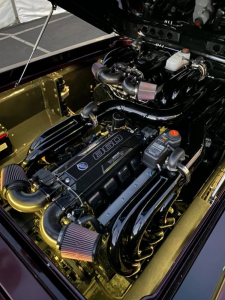 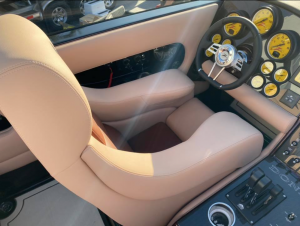 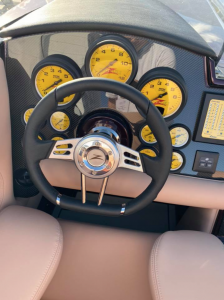 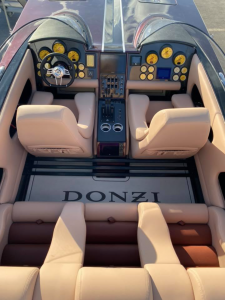