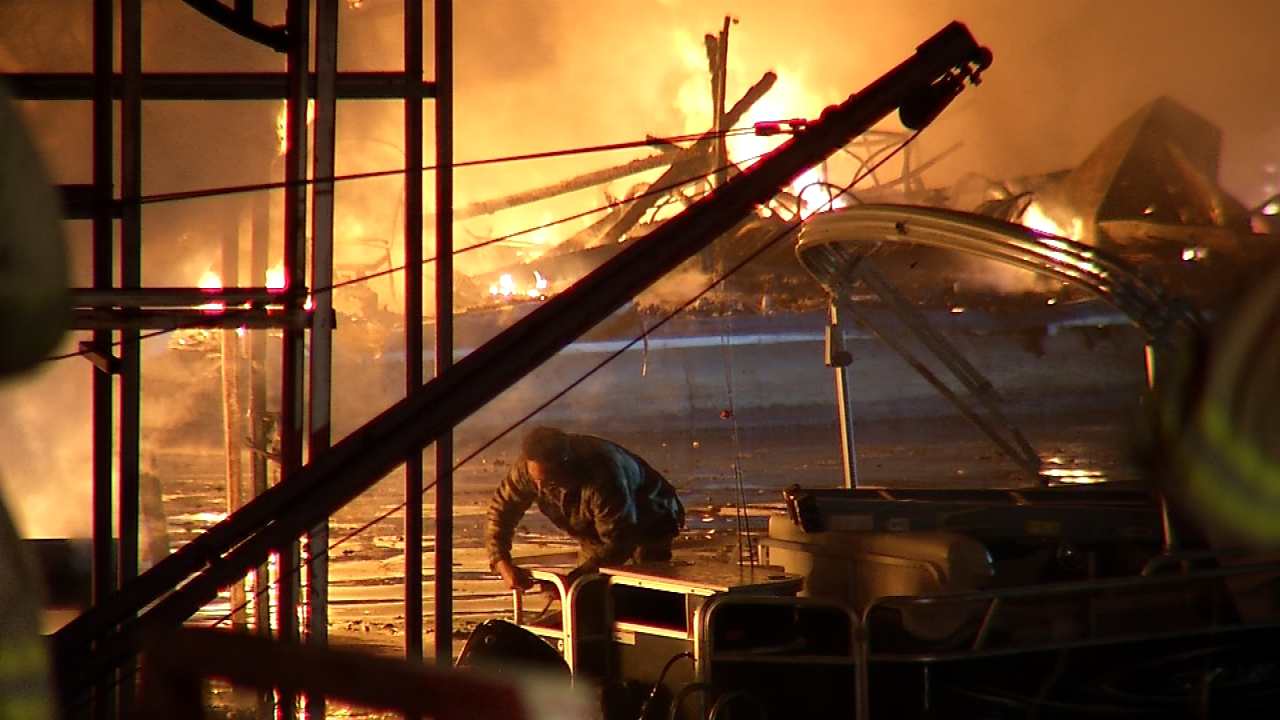 Sunday night’s fire at Keystone Lake Pier 51 Marina was unlike anything the local firefighters had ever seen.

The fire started and those that were trapped on the other side of the docks either drove their own boat to safety or had to be rescued by first responders.

It is believed that the fire may have been started on a houseboat and spread from there to multiple nearby boats, but the fire marshal is currently investigating the site to determine the official cause.

Keystone Fire has counted at least seven boats that were total losses, but they are unsure how many sank so that figure is subject to change.

It was a very unique and challenging fire to fight. The walkway boards leading to the dock were burned up, but despite the bad footing, no firefighters fell into the water.

Blackburn said it was their first dock fire – before now, they’d only put out individual boat fires. 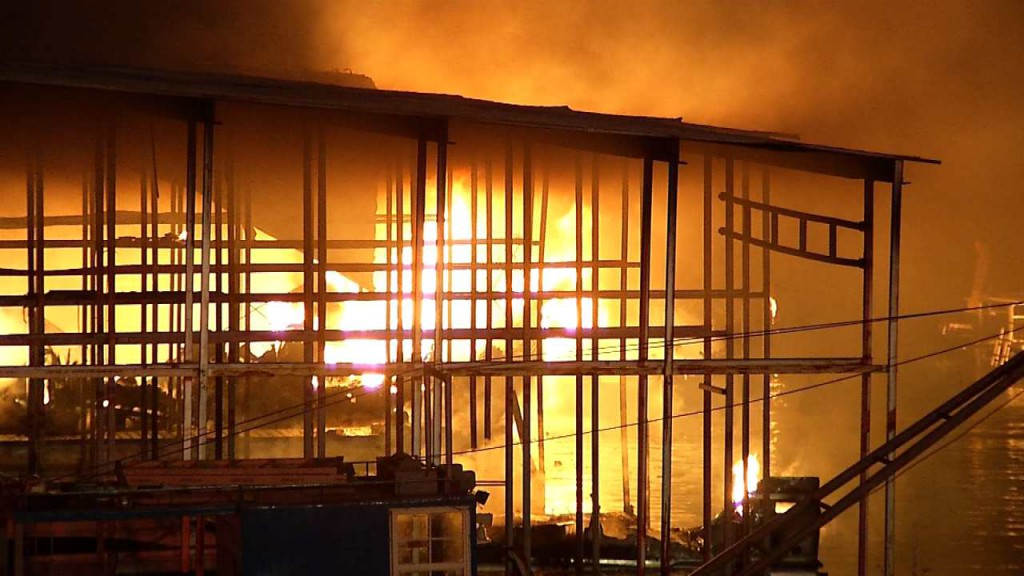 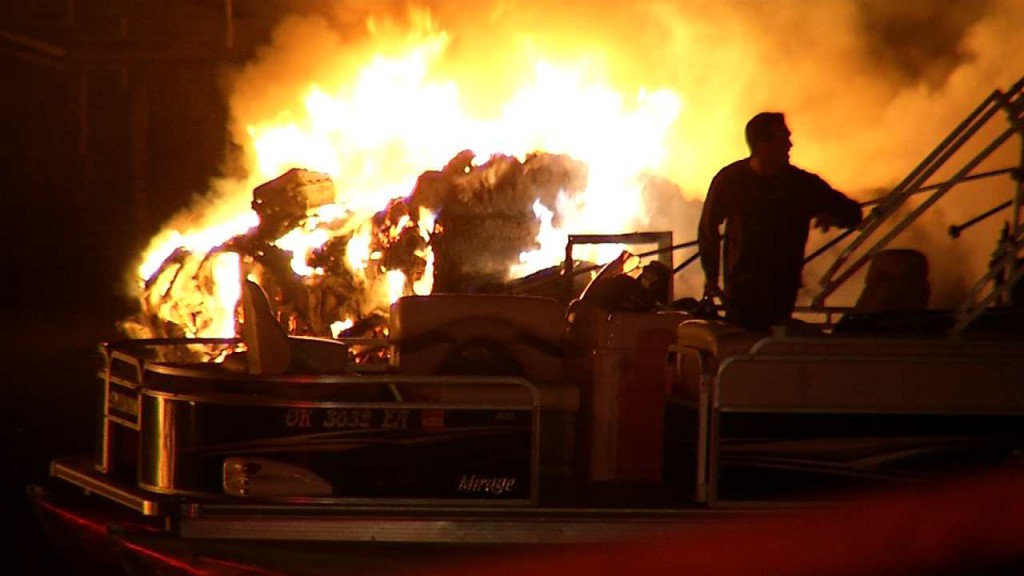