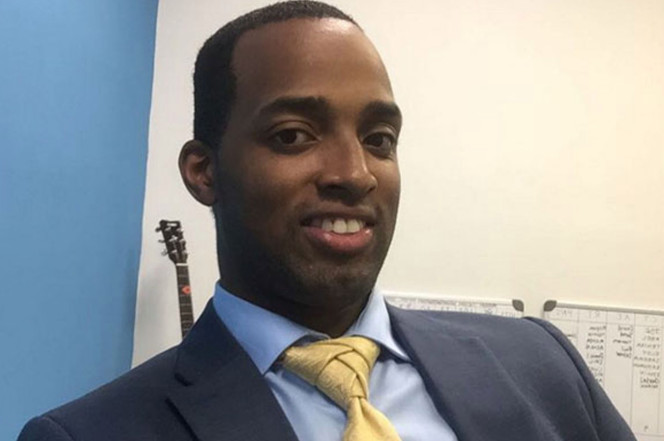 Biscayne Bay went from 80 degree bliss to deadly in only a matter of minutes.

Paul Flowers and his friends’s rented pleasure boats being pushed up against the rocks by the bay’s violent waves and torrential downpour. The powerful winds pushed the boats closer to the rocks and things went south in an instant when the anchor became stuck and they couldn’t maneuver the boats away. The six-foot-two, 31-year-old Flowers from Harlem knew that it was up to him to free the anchor and save everyone on board.

“I looked to my left and I saw rocks so close I could almost touch them,” recalled Flowers’ friend Edwin Jacques. “I was thinking, ‘Oh, my God, these rocks could rip right through this boat.’”

Flowers jumped into the water without hesitation and swam down to free the anchor. He quickly tore it free but as soon as he did the winds whipped the boat beyond his reach.

“As soon as he lifted up the anchor the boat just started taking off,” said Jacques, who worked with Flowers as a corporate trainer at a Miami marketing agency.

“His eyes got big, and that’s when we knew he needed help. He was so overwhelmed and drinking in the water that he couldn’t scream,” Jacques said. “The girls were screaming and trying to throw life rafts to him, but they just kept floating back to the boat.”

“Then a few of the guys jumped in to get him, but it was too much for them,” Jacques added.

Police crafts arrived shortly after the incident and instructed the boaters to make there way to the shore while they continued the search for the missing Flowers. His body was found seven hours later in 11 feet of water by authorities using 3-D sonar. 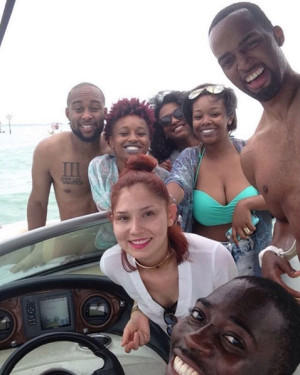 “He would help anybody,” said his mother, Grace Flowers. “That’s why he’s my hero and my guardian ­angel.”

Jacques agreed: “He put helping somebody else before himself,” he said. “That’s exactly the type of person he was.”