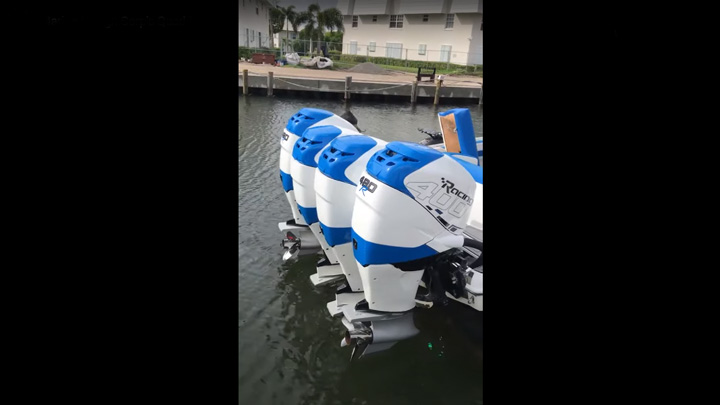 Fans of Marine Design Corporation (MDC) will already be familiar with the company’s flagship product, TrimSync, but for those of you out of the loop it may be time to get familiar. After all, with the promise of monitoring and correcting multiengine trim instantaneously and autonomously, what’s not to like or want?

According to company president, Mike Clesceri, however, it appears there’s another reason to invest in TrimSync for your own setup. The newly improved TrimSync now boasts a greater reported increase in top speed (up to 3 MPH in this particular demonstration) as well as improvements to fuel economy up to 10%.

Simply put, TrimSync takes the struggle out of operating a multiengine performance boat by micromanaging your trim for you at a level of precision beyond the capabilities of manual adjustment. This in turn, allows you, the driver, to focus on actually driving and enjoying the ride.

Check out the video below to see the improved system in action on a 39′ NorTech with Quad 400Rs!

Each time you see all four engines move that is the operator pressing the ALL UP/DOWN button. As soon as the operator releases the button, the short, pinpoint adjustments following are TrimSync correcting even the smallest of differences. That’s how fast the system responds!