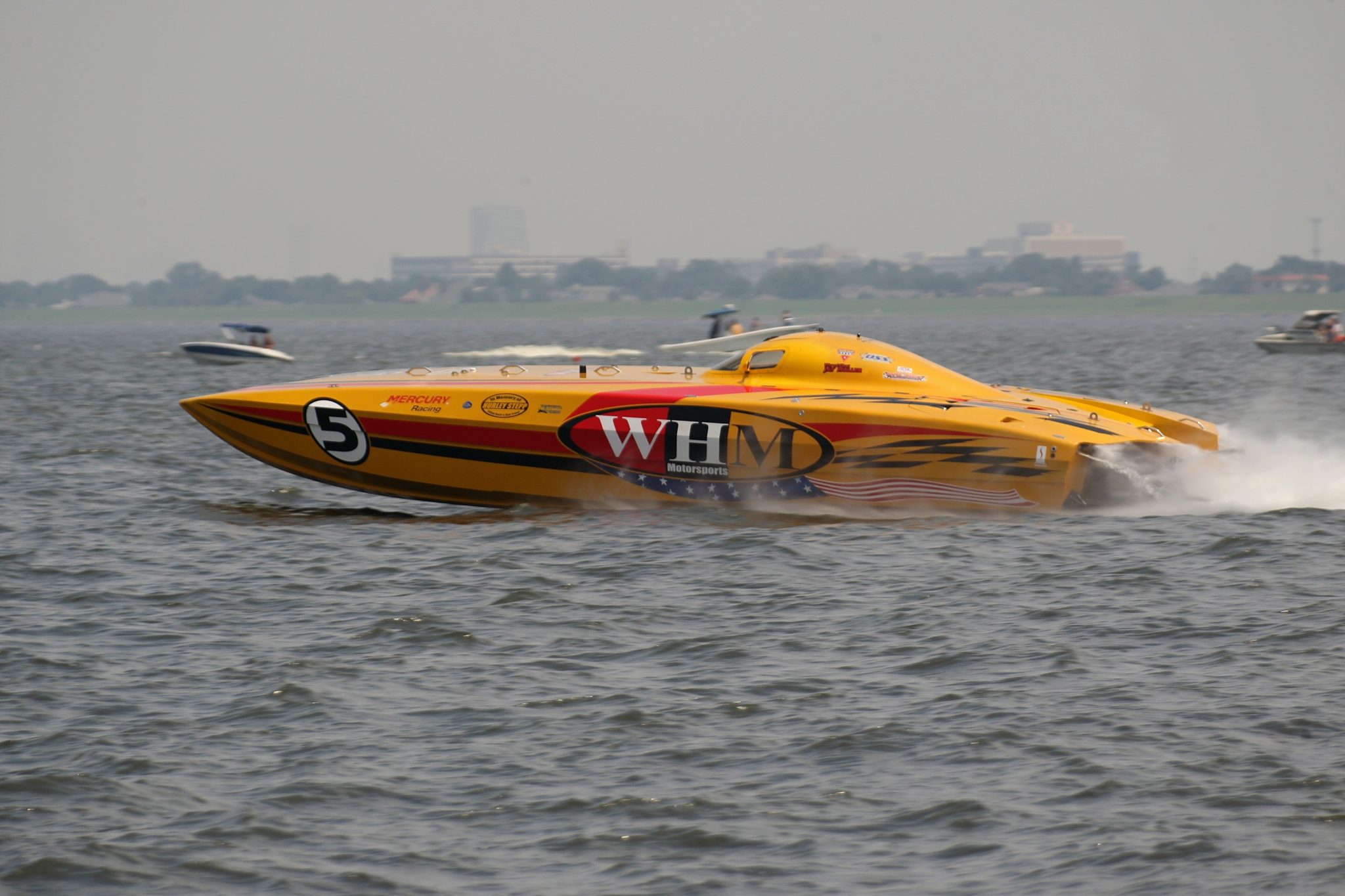 The 11th annual Great Lakes Grand Prix in Michigan City, IN, continued with its third OPA/P1 race of the day as six Super Cat boats came to duke it out over 10 laps.

Billy Mauff and Jay Muller, who had been struggling in their World Championship-winning WHM Motorsports all season, broke out of their rut to grab and early lead and stay out in first place to take the unofficial win in Super Cat. (Only two days earlier, Mauff had handed Michigan City officials a check for $20,000 to expand and renovate their lion display at the local zoo.)

The other competitors fell into a solid rhythm, each falling into line behind WHM. The New Zealand team of Pro Floors (Wayne Valder and Grant Bruggemann) held on to a second-place position until the end; they were followed by Performance Boat Center/Jimmy John’s (with Myrick Coil and John Tomlinson piloting the team’s new MTI) to round out the podium finish.