On Saturday, July 31, 2021, over 50 powerboaters took to the waters of the James River, leaving from Jordan Point Marina in Prince George, Virginia, heading downriver to Tidewater Yacht Marina in Portsmouth, Virginia.

This event was established by Joey Cutrona, after numerous and lengthy conversations with his close friends; Rob Paden and gathering ideas from JW Davis. Over the years, Joey has spoken to several other collaborators for insight and ideas to finalize his vision. Joey finally put his plans into motion and with the enormous support from the local boating community, the event commenced once again. This run emulated the ‘Jammin on the James’ run of years past, which drew boaters in from all over the country. 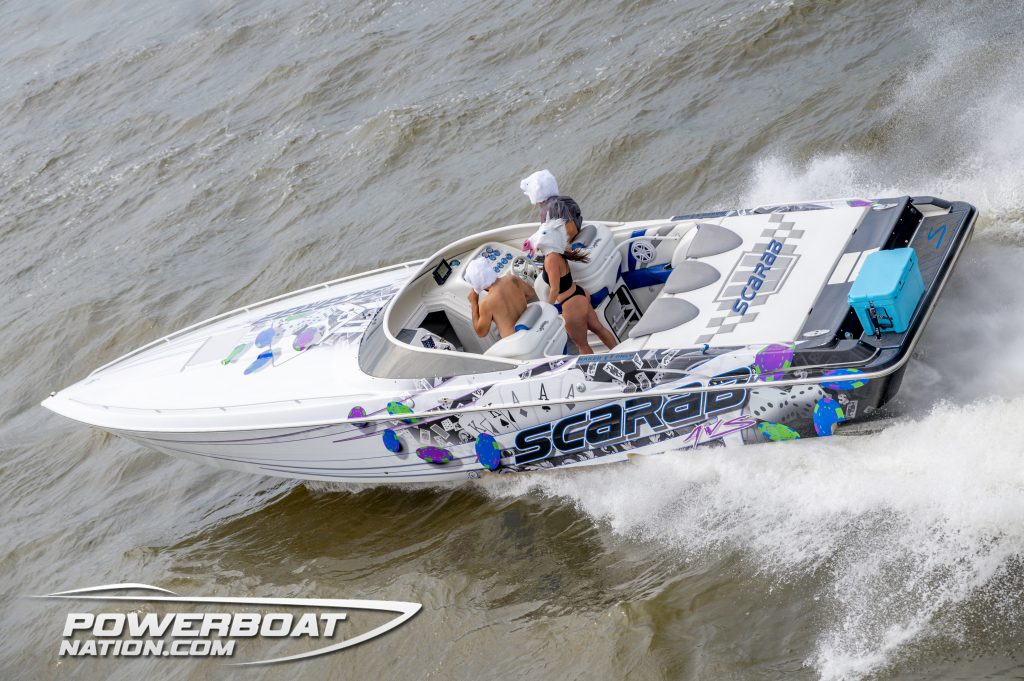 The event kicked off Friday night at Jordan Point Marina with a party to welcome all boaters and spectators. Friday evening’s festivities included live music, along with an oyster and shrimp bar that was located inside of the marina. Jordan Point offers an on-site pool which allowed activities to run late into the evening. There was ample parking to accommodate the RV’s, campers and boats that opted to stay and make the most of their weekend getaway.

Jordan Point Marina’s team stated, “We welcomed the boaters as well as the followers that came to watch this event take off.”

Saturday morning, the boats gathered at the Benjamin Harris Memorial Bridge, coming from as far north as Maryland and as south as North Carolina. The boaters heard the national anthem and observed a beautiful flyover by John Mazza Jr. and John Mazza III before taking off. 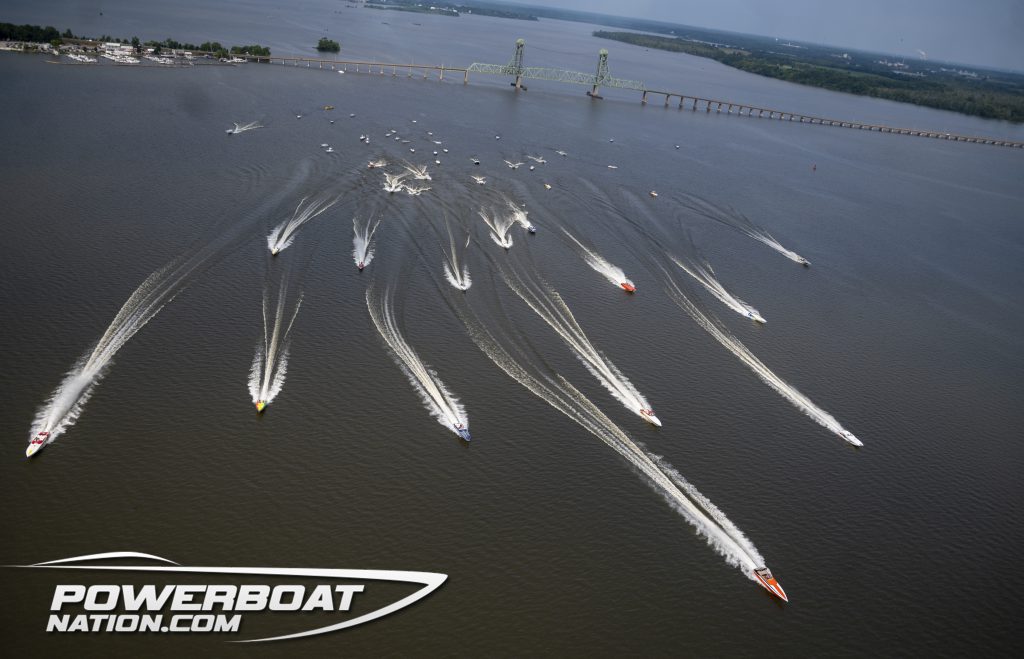 Afterward, Mazza Jr. stated, “I thought it went great, the timing and support all worked out great!”

A fellow boater, Michael Wilkerson, commented, “It gave me goosebumps, I don’t think anyone knew about it, it just made everything complete”(describing the flyover). Michael went on to say, “Just talking about it gives me goosebumps!” 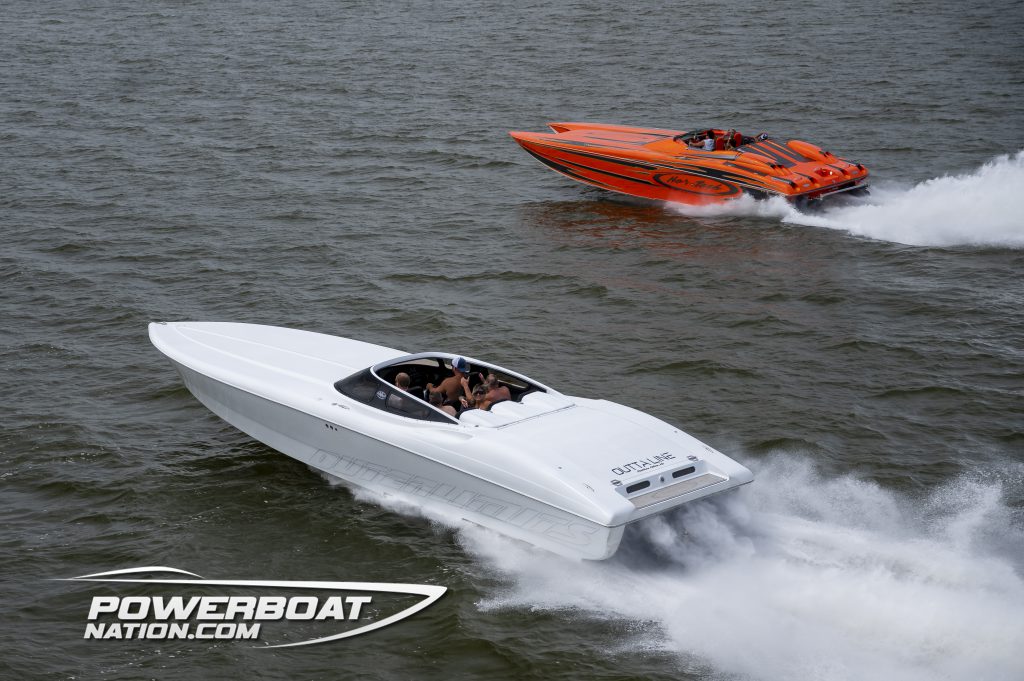 The 55+ boats began their run to Tidewater Yacht Marina only stopping for a quick lunch at Decoys in Suffolk, Virginia and some opted for other stops along the way. Eventually all boaters arrived and docked at the marina to enjoy the remainder of the day. 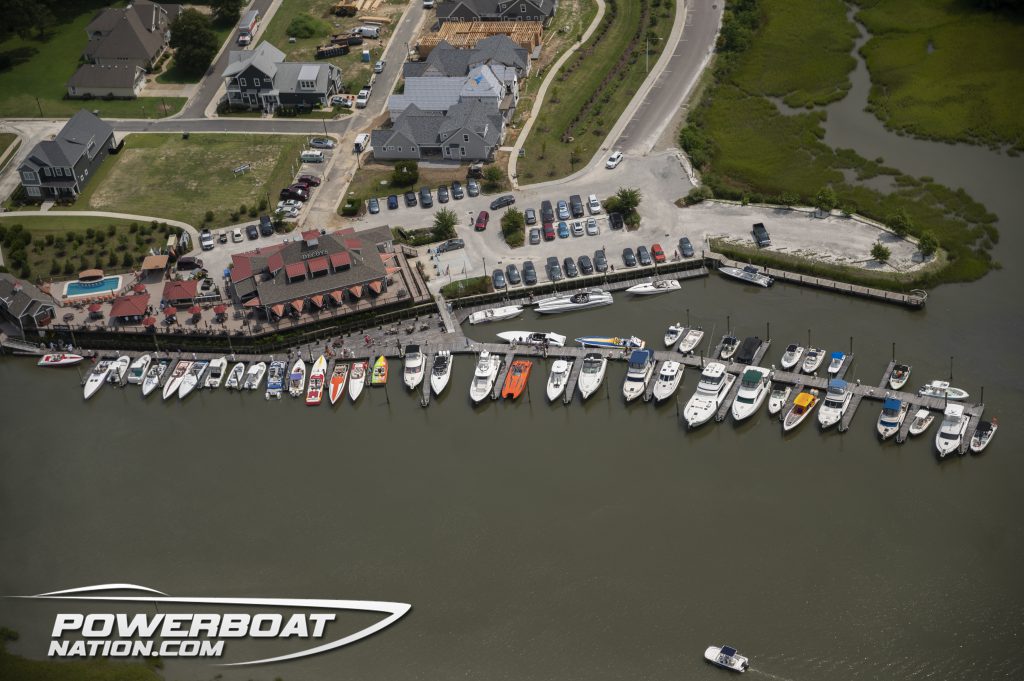 “We had a blast” said Ashley Wood. “It was a lot of boats for things to be run as smoothly as it was. We were impressed.”

Powerboat Nations (PBN) own videographer Mike Goode took to the skies via helicopter to capture the days’ events.  Aerial photography is typically how most larger powerboat poker runs are photographed.  This was Goodes first event shooting and covering for PBN.

“It’s really great to be a part of this event and help with the growth of it,” said Goode. “Seeing people come from out of town, bringing their beautiful boats, I’m still shocked about the turnout.” “I can’t thank everyone enough for bringing me in and trusting me. It was a dream come true,” commented Mike. 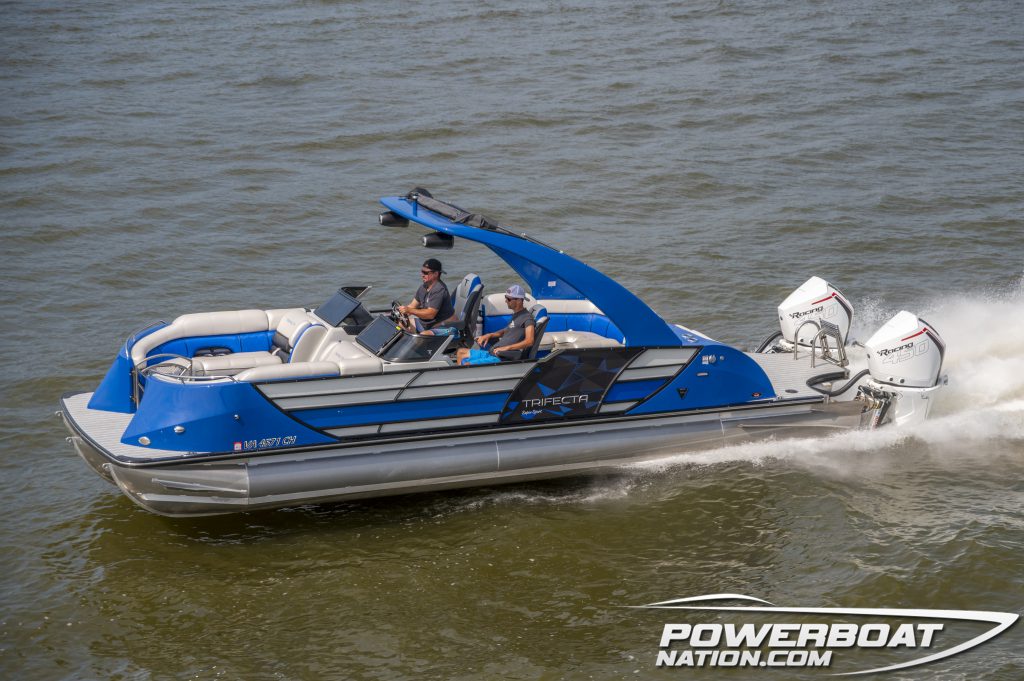 “Most people usually don’t get to attend such events without traveling states away so to be able to experience and record this event, in a helicopter, for everyone to see was such a cool and exciting thing!” said Goode.

This run was officially put on by Joey Cutrona, Organizer and Powerboat Nations videographer, Mike Goode. Other than the boaters fuel, food and there beverages of choice, this was a free event for all to enjoy, what more could you ask for? It is now in the record books for being a true “Fun Run”! 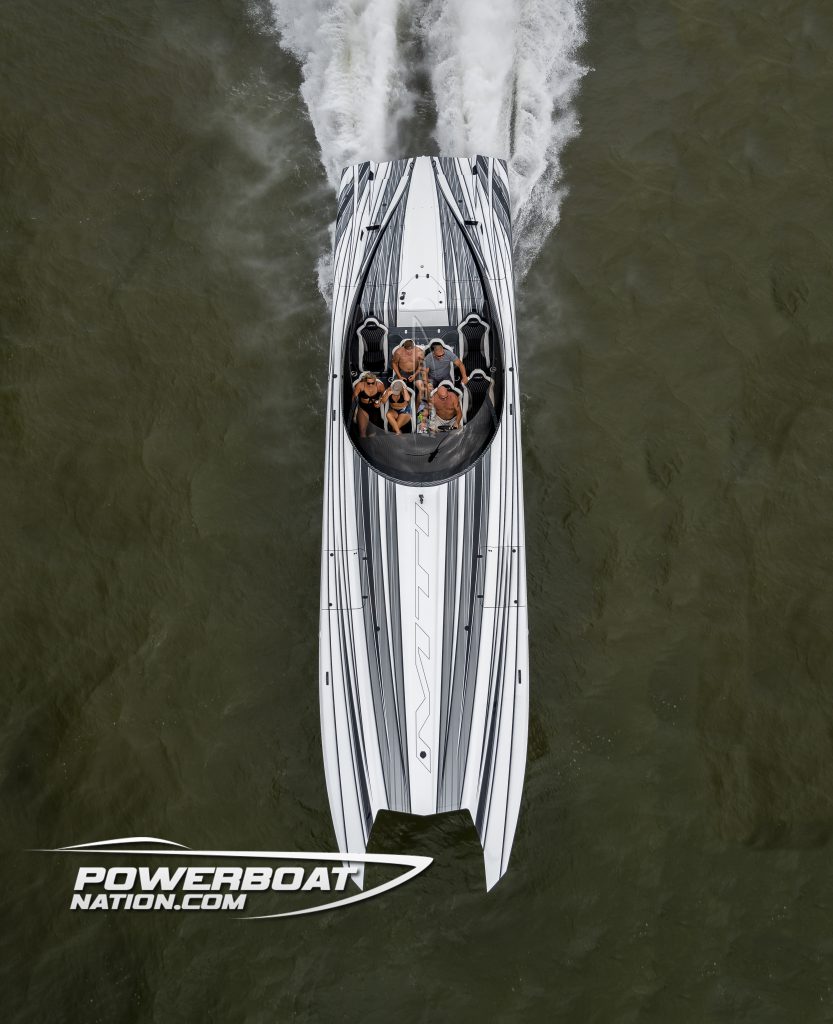