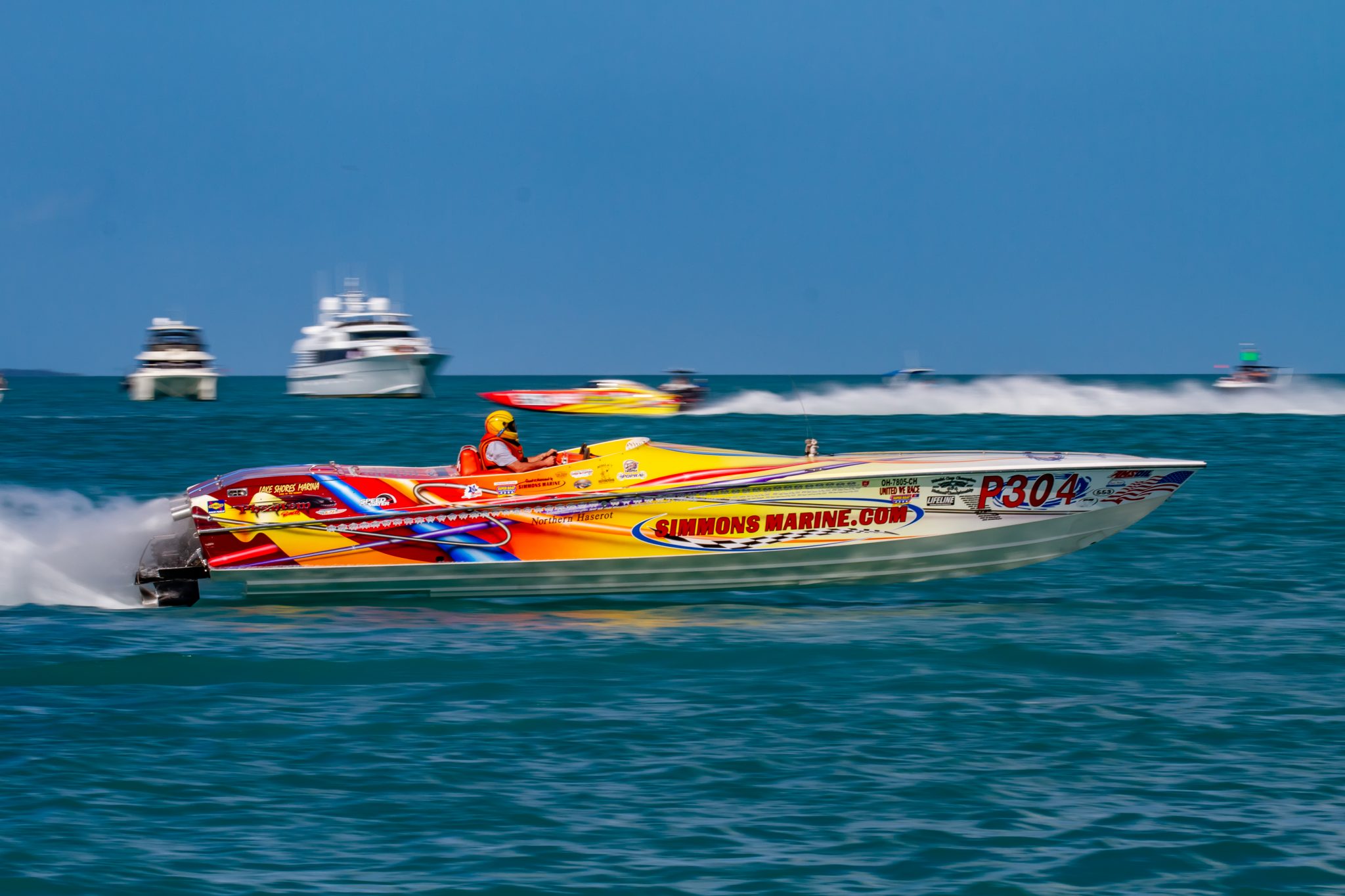 The first of four OPA/Powerboat P1 races, the Sarasota Powerboat Grand Prix in Sarasota, FL, featured bracketed classes on a course that started off with clear visibility but eventually ended with a red flag due to increasingly poor weather as a storm blew into town.

#404 SimmonsMarine.com, victor in both Cocoa Beach and the Lake of the Ozarks earlier in the season, picked up another win in Class 4. Driven by Jim Simmons and throttled by Jason Zolecki, the boat beat out #427 Team Woody (second place) and #P450 Rollin’ Dirty (formerly Thee Dollhouse with driver Clyde Petty) in the class.

#622 Rum Runner / New Wave Marine was the unofficial winner in Class 6, besting second-place finisher #691 Liquid Addiction and #623 Country Service / Boom Shaka Laka in third. New Wave, featuring driver Mike McColgan with Fran Vellutato on throttles, got off to an excellent start this season, winning the Cocoa Beach race and following up with a win in Point Pleasant Beach as well.

A red flag ended the action toward what was practically the natural end of the competition.