Saris Racing Engines Offshore Racing has won two National and four World Championships with the Offshore Powerboat Association (OPA) using a single set of propellers. Regardless of the water or conditions, the Throttle/Driver, father/son team of Jason & Johnny Saris, along with navigation Vern French ran the same 30” Bravos, Lab-Finished by BBLADES Professional Propellers, for four years. 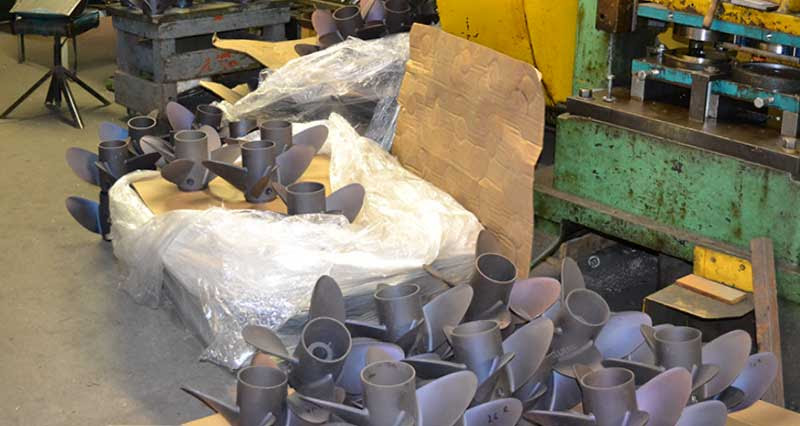 “They weren’t perfect,” the elder Saris said, “But Johnny could drive through the bow-steer, and we were winning. I’m a ‘if it’s not broke, don’t fix it’ guy.”

The team was considering some drive height adjustments to improve handling, when BBLADES’ Brett Anderson suggested trying a pair of the new BBLADES 4-SPEED™ instead; then won a third National title. So they’ll be using the props in Englewood, Florida, vying for their fifth consecutive World Championship November 18 & 19.

“I’ve been doing engine and boat set-up since 1980,” Jason Saris explained. “People do well to take my advice on those subjects. And in that time, I’ve learned to trust others’ expertise. And if Brett says ‘I have something I think will work for you,’ I’m going to be first in line to try it.”

BBLADES 4-Speed is a propeller with 21st Century geometry that makes it easier than ever to fine tune or custom cut the prop for today’s heavier multi-step boats.

A true 15.5” diameter, perfectly balanced, heat-treated, stainless steel wheel, the BBLADES 4-Speed is available in two-inch pitch increments from 24” – 34” ( odd number pitches are available via special order). The larger diameter helps blades hookup in the aeriated water produced by stepped hulls and drives mounted at aggressive X-dimensions. The overall geometry and strength of the propeller makes it ideal for lab finishing or other custom applications. 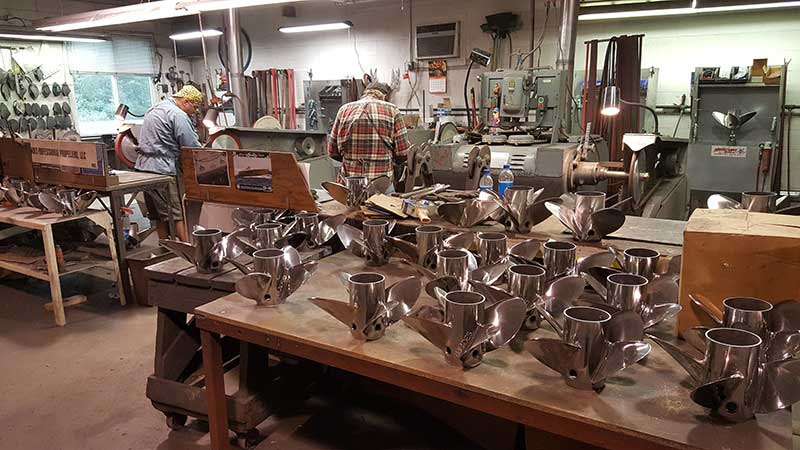 “The BBLADES 4-SPEED allowed us to go down a full two-inches in pitch, we can maintain 85 mph at 200 fewer rpm and the boat handles better; like a shifter cart or a Formula One,” stated enthused driver Johnny Saris, with his father adding “Johnny has more steering control over the boat in whatever trim setting I find appropriate for the [water] conditions,” Jason Saris said.
Saris Racing Engines, naturally, power the team’s 1982, 322-foot Cobra, which weighs 10,000 pounds. The OPA Class 4 is ‘bracket racing,’ which in this case means the boat can’t exceed 85 mph.

“We have to avoid speed spikes when we come out of the water and we want to accelerate to 80 mph quickly and [enter and exit] turns as close to 85 mph as possible; the boat can’t be too loose,” Jason said. “The BBLADES 4-Speed locks it right up and maintains 80 mph throughout the turn with perfect bow carrying attitude.”

With nearly 40 years as a set-up man, Jason says the key to the BBLADES 4-SPEED is the 15.5” diameter. “I won’t chase 2 mph in a prop, I want overall performance. The larger diameter lets you customize this prop to your exact needs. If you need to remove diameter you can, where a Bravo propeller is actually only 15 inches to begin with.”

Like other BBLADES propellers, the new 4-speed is equipped with an adjustable controlled aeriated ports system (CAPS). These ‘vent holes’ allow for additional control of the aeriation around the propeller blades. Unlike competitive systems, the BBLADES 4-Speed’s tunable, 7/8” CAPS is a full 1/4 of an inch larger and the three variable size plugs are made of a pliable rubberized material, not hard plastic, meaning they are reusable and can be swapped out while the propeller is still on the drive. No more prying with a screwdriver and marring the surface of your propeller. 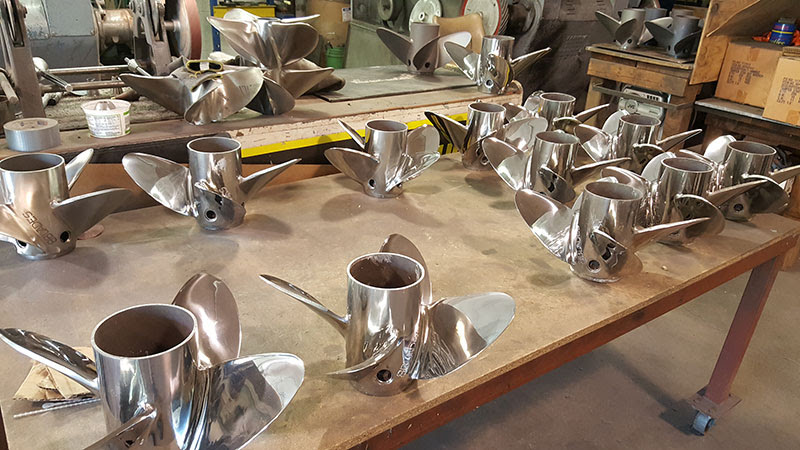 The new BBLADES 4-Speed is the latest in the BBLADES family of propellers which are being developed to offer the broadest flexibility in matching purpose-designed propellers that are easily customizable within their performance parameters.

Based in Princeton, Wisconsin, BBLADES Professional Propellers is a full service propeller company offering consultation, inspection and repair of any aluminum, stainless steel, nibral and brass propellers; “Lab-Finishing” or “Blueprinting” of stainless steel propellers; new propellers from Mercury, Hering, Hydromotive, Signature, Acme, and Turbo; along with its exclusive line of BBLADES propellers, prop covers, and hard-sided propeller carrying cases, and the most comprehensive propeller and spacer plate testing programs in the marine industry.

Video: BBlades Leads The Charge in Performance Props with The New 5 Speed and 4 Speed Props

Video: BBlades New 6 Shooter Modular Props is a Dozen Props in One!

The Best Angler in the Nation Relies on BBlades!