The mid race collision between Miss GEICO and the American Ethanol/Cat Can Do raceboat claimed the life of veteran offshore racer Keith Holmes this last weekend.

“The boats were making the first turn in the course and something – at this point it’s unknown exactly what occurred – forced one of the boats to veer off in the wrong direction and they collided,” says Undersheriff Tom Buckley of St. Clair County.

While the details of the Sunday crash are still scarce, it is reported that the crash occurred on the north turn of the course, and that Holmes’ partner and driver, Jamie Sartin, is still currently in critical condition. Holmes, owner of CK Motorsports was also taken to the hospital where he was pronounced dead shortly after.

The rest of the race was cancelled and details are still forthcoming. Our thoughts and condolences go out to the family and friends of both drivers, and we hope for a speedy recovery for Jamie. 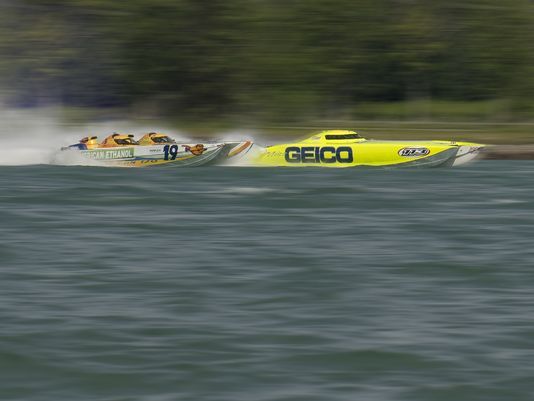