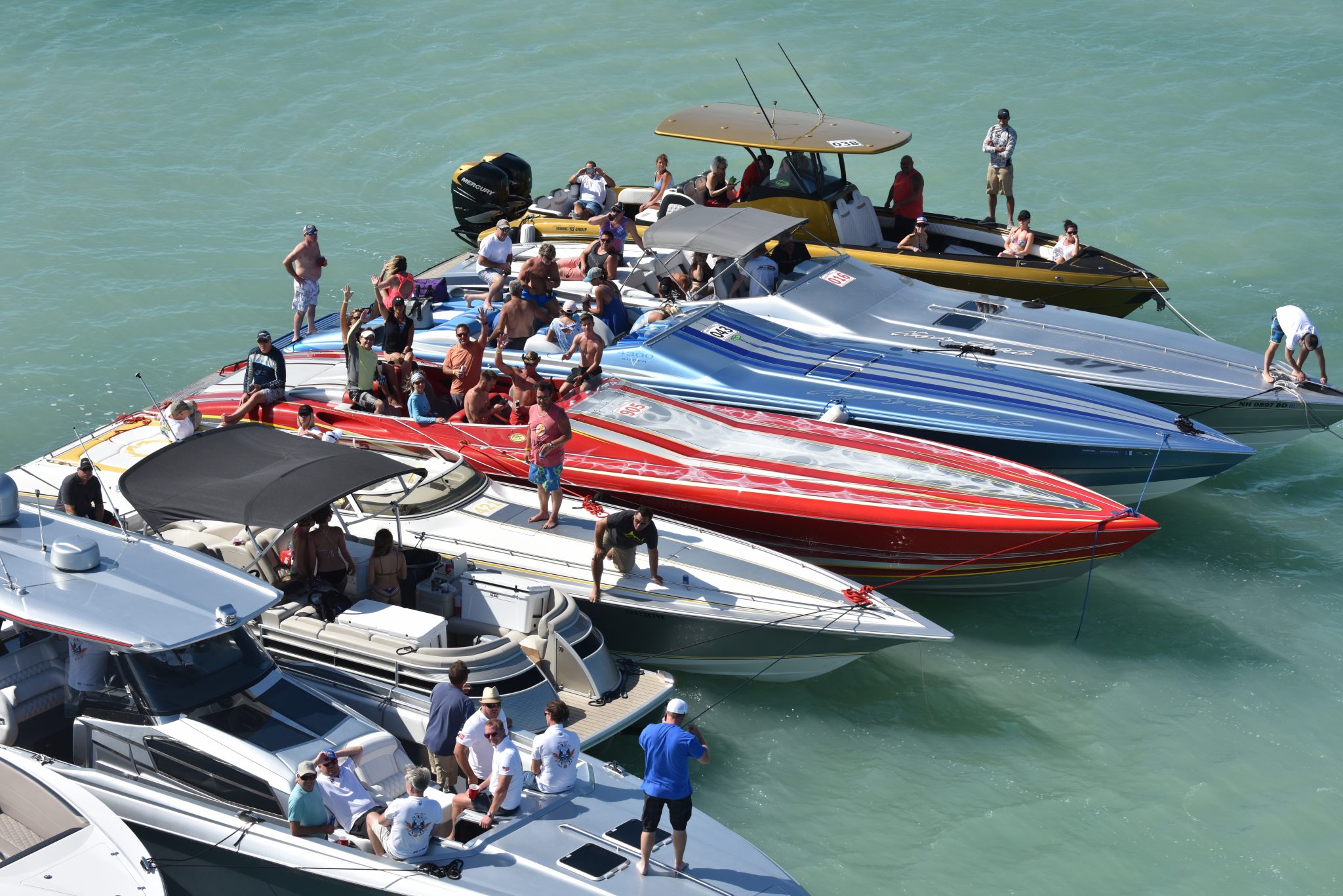 Stu Jones, leader of the Florida Powerboat Club, says he is “picking up all the pieces” following his epic Key West Poker Run that took well over 200 teams from Miami to the USA’s Southernmost city for six days of fun, sun and Race World Offshore‘s Key West Offshore World Championships. Jones also revealed his group’s 2020 schedule, which will closely mirror this year’s itinerary. (See below for the complete schedule.)

“This year turned out to be really successful, in that we launched a lot of new events and we set records on some of our bigger events, like the Key West Poker Run,” he says. “I think it reflects the state of the economy being at a very high level. The sport continues to grow, just because it’s a great sport and a great way to enjoy performance boating. We’re getting more people coming into this sector, and that’s why these events have become more successful. Seeing Key West go to record numbers, and going off without a hitch, was a real highlight.”

It’s been just about a decade since Jones operated his ubiquitous pace boat, 39′ Nor-Tech King of Clubs, which was a familiar fixture on FPC’s numerous runs through the years. This year, Jones could be seen driving his Project 1080 Cigarette (showcased in the May issue of Speedboat Magazine) during nearly every one of his group’s events, which was another red-banner moment.

“We put in 150 hours on the boat from January to November,” he reports. “That was a highlight for sure. The fact that I could start enjoying these poker runs in my own boat put a different slant on it for me and made them more enjoyable. Certainly one of the reasons it made my Key West run more fun is that I was able to drive my own boat all the way there and all the way back, and I haven’t been able to do that for a long time.”

The Cigarette project boat celebrates the club’s 25th anniversary and perfectly captures the whole spirit of what the poker runs are for Jones. “It was truly special for me,” he says, “and I think it was one of the reasons I really enjoyed the 2019 Key West run.”

Jones says that the international participation at his club’s events continues to expand, “not only from Canada, which has always been strong, but European boaters are making transatlantic crossings, putting their boats on freighters and bringing them over here for the season to enjoy,” he says. “We had about 10 teams this year from European nations—all of them had brought their boats over for this event.”

With more participants than ever, the onus was on FPC to give away a colossal amount of shirts and other goodies. “It all goes bye-bye at Key West—we finish it off there,” he grins. “There might’ve been a few things left over. Smalls and mediums.” 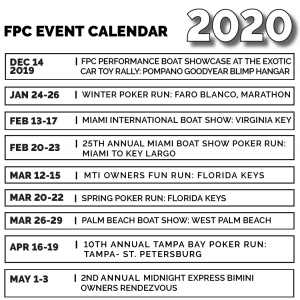 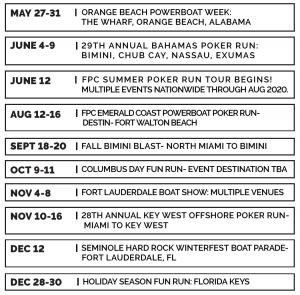