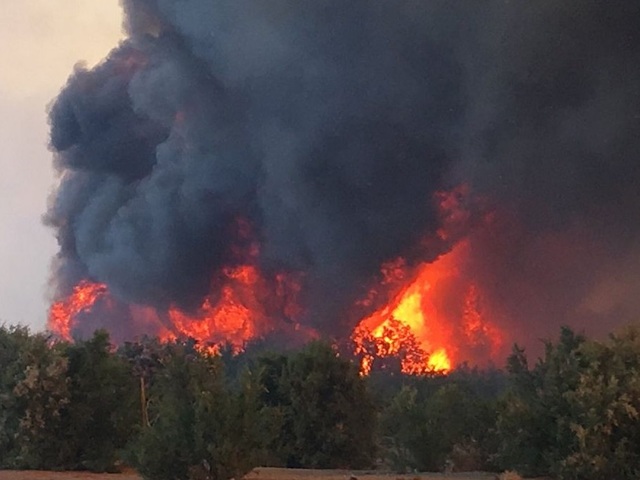 According to fire officials, the Topock Fire that’s burning north of Lake Havasu City has grown to 1,438 acres.

The blaze is continuing to rage on as firefighters have closed down Oatman Highway from I-40 to Golden Shores in order to continue battling the blaze. As of now the fire is burning on both the Arizona side and the California side of the Colorado River.

The firefighters have made a stand against the quickly growing fire on the California side at the Pirate’s Cove Resort in an attempt to save the popular boating spot. While no structures have been burned yet there is still concern over embers and the reports are coming in that the resort has been damaged, although to what extent is unknown.

Mandatory evacuations are in place for the Moabi area which is near Pirate’s Cove. Unfortunately, the fire is expected to grow much larger since it has already burned over 1,400 acres and only 5% has been reported as contained.

Conditions are expected to worsen with winds reaching 25-30 mph and the forecast being hot and dry.

DESERT STORM: A Look Back at the 2018 Street Party