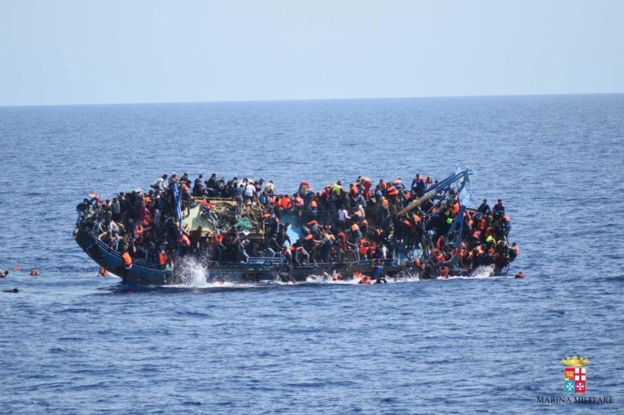 Another story of tragedy coming from the Mediterranean as a boat full of European migrants capsized this week throwing over 500 people into the water.

Reports say that the boat capsized as the result of the migrants rushing to one side of the boat after spotting a rescue ship a short distance away.

Five people have already been confirmed dead, but 562 were rescued by the Italian navy.

See the unreal photos captured by the patrol boat as the ship overturns and dumps her passengers.