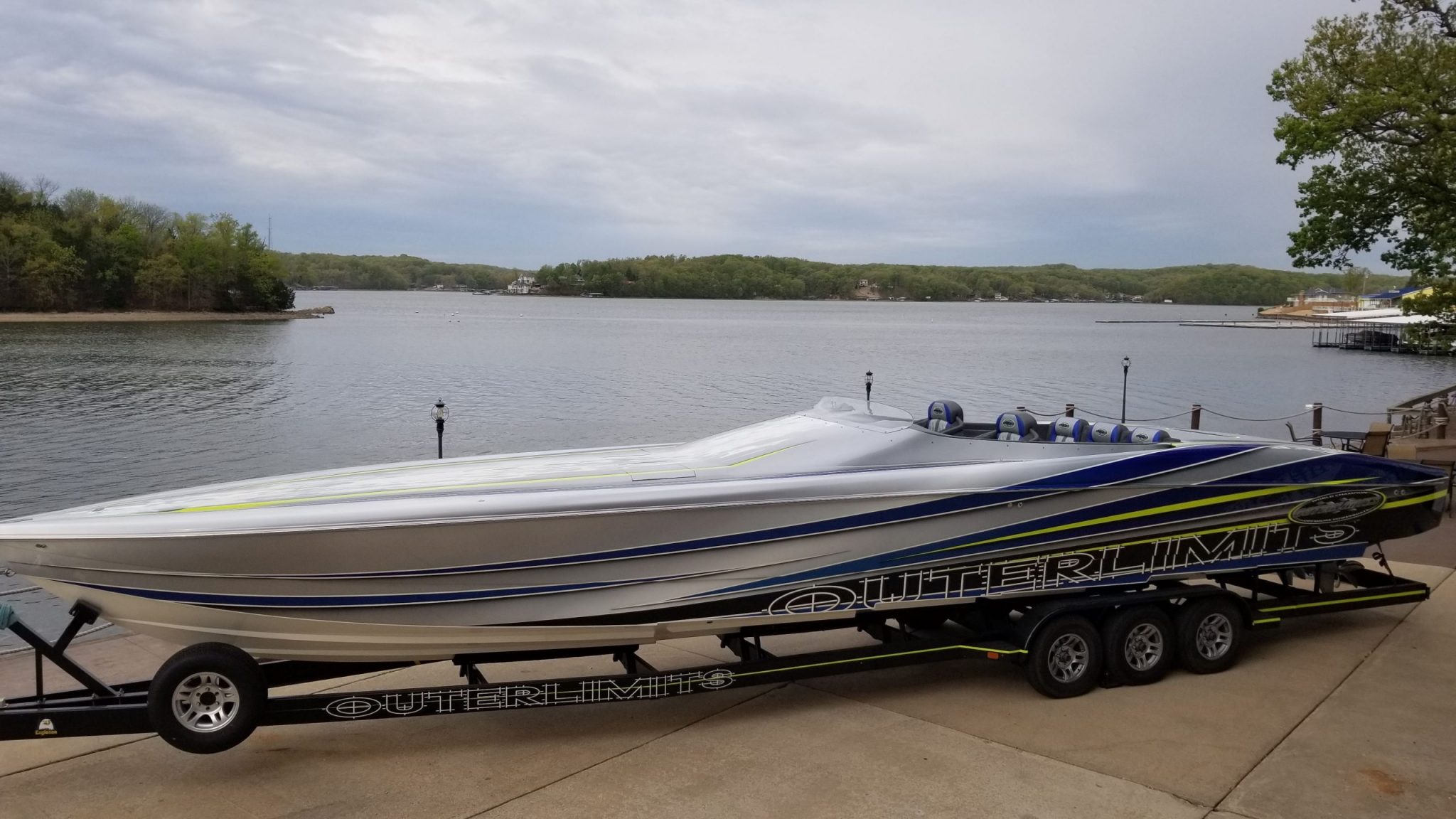 Among the companies that are continuing to thrive in the age of Coronavirus: Waves and Wheels, the marine audio, upholstery and fabrication company based in the Lake of the Ozarks, MO. Demand for their products and services remains unabated, according to company owner Justin Wagner. “We’ve been slammed,” he tells Powerboat Nation. “We’ve got a full house of projects, including seven or eight that we’ve cranked out in the last month and another half a dozen that we’re just wrapping up right now.”

One that they recently completed was for an Outerlimits owner who’s raving about his project boat. Andy Robinette of Georgia-based Synergy Refrigeration Inc., purchased his first Outerlimits, a 2010 SL44, last October from the former owner based in Akron, OH (when it was called She’s Gone). Robinette had previously tapped Waves and Wheels to install a stereo system in his previous boat, a Sunsation Dominator.

“They did such a great job with it—everything was just amazing,” he says. “And since they’re relatively close to where I live, I knew it would be the perfect fit to have them put a new stereo into the Outerlimits as well as to completely redo the interior and bring it much more up to date.”

Wagner and his crew worked on the boat over the winter, and when it was completed, Robinette was awestruck. “The first time I saw the interior in person, I was just blown away. They did a stellar job. Justin and Noah Estes were excellent to work with, and came up with some very cool designs for the interior. There were a lot of FaceTime videos and chats going back and forth as they were coming up with ideas and plans, and they just did a knockout job.”

Robinette loves to attend events like the Tickfaw 200, the Kuttawa Cannonball Run and the LOTO Shootout, but until the pandemic has passed, it’s anybody’s guess which poker runs he’ll be attending in 2020, if any. In the meantime, though, he’ll be enjoying the boat on the Lake of the Ozarks with wife Stacy Robinette and their five children. The boat’s new name, Fuelish Addiction, was added to the boat’s transom by Waves and Wheels.

Recently, Waves and Wheels had the opportunity to make parts for a local hospital to aid them with their efforts to treat victims of the pandemic. “We made about 600 parts for the hospital and, because we do electronic repairs and things of that nature, we were allowed to stay open. But regarding COVID-19, we were pretty much ahead of the curve before local officials mandated anything. We’re blessed with a having a big facility, so we’ve kept it to two people per department and have set up hand sanitizer stations in every department. We’re seeing our clients by appointment only so we’re not filling up our showroom. That’s worked out very well. We’re still working on getting people’s boats ready for summer.”