Home Powerboating News Back to Back Victories for the Powerhouse “Low Altitude” at Desert Storm...

The grand champion of last year’s Desert Storm Shootout, Team Farnsworth’s Low Altitude, outdid even themselves this year with a brand new record run on Sunday to start off an amazing boating.

After a scrapped competition on Saturday due to less than ideal weather conditions that saw high winds, white caps, and even rain, most of the competitors regrouped on Sunday with renewed fervor to take the crown of shootout king.

The twin turbine, 50-foot powerhouse was followed closely behind by Gary Smith in his 40-foot Skater, Predator, who ran an impressive 181mph, and 3rd place was taken by Summer “Mrs. Swoop” Richardson running the Swoop Motorsports Dial 911 Skater for the first time in an event, hitting 176mph. Summer had previously ran a DCB F32 at the LOTO Shootout.

Together those three lead the shootout but were followed closely by a bevy of DCB Racing boats who’s presence was hard to miss this year with nearly 25% of all competitors racing one of their M-series widebody crafts.

All in all a fantastic showing this year and another victory notch for Team Farnsworth. We’re looking forward to the coming events this year to see who can challenge the King!

For the full results of the Desert Storm Shootout – Click Here! 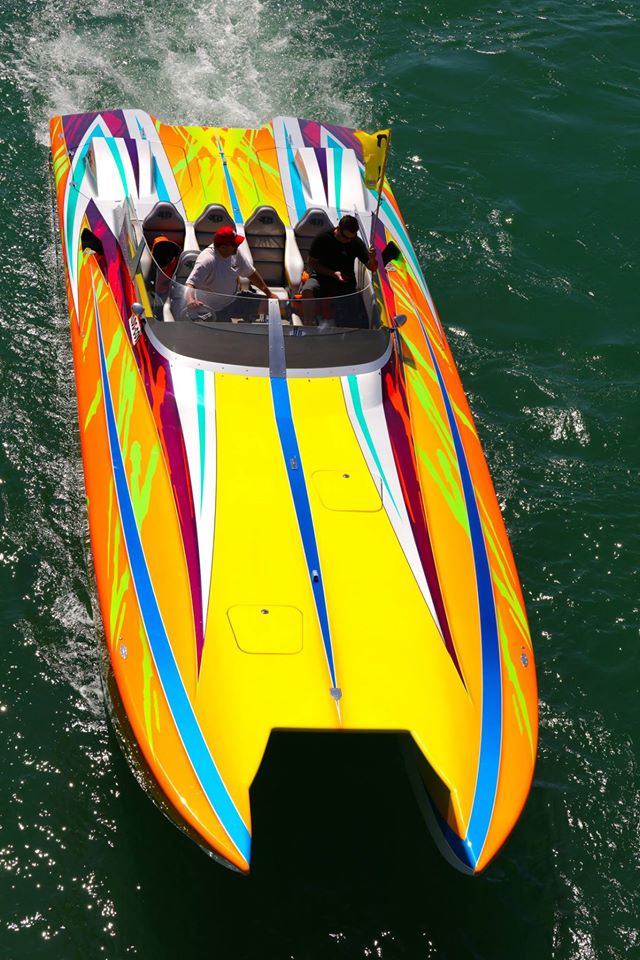