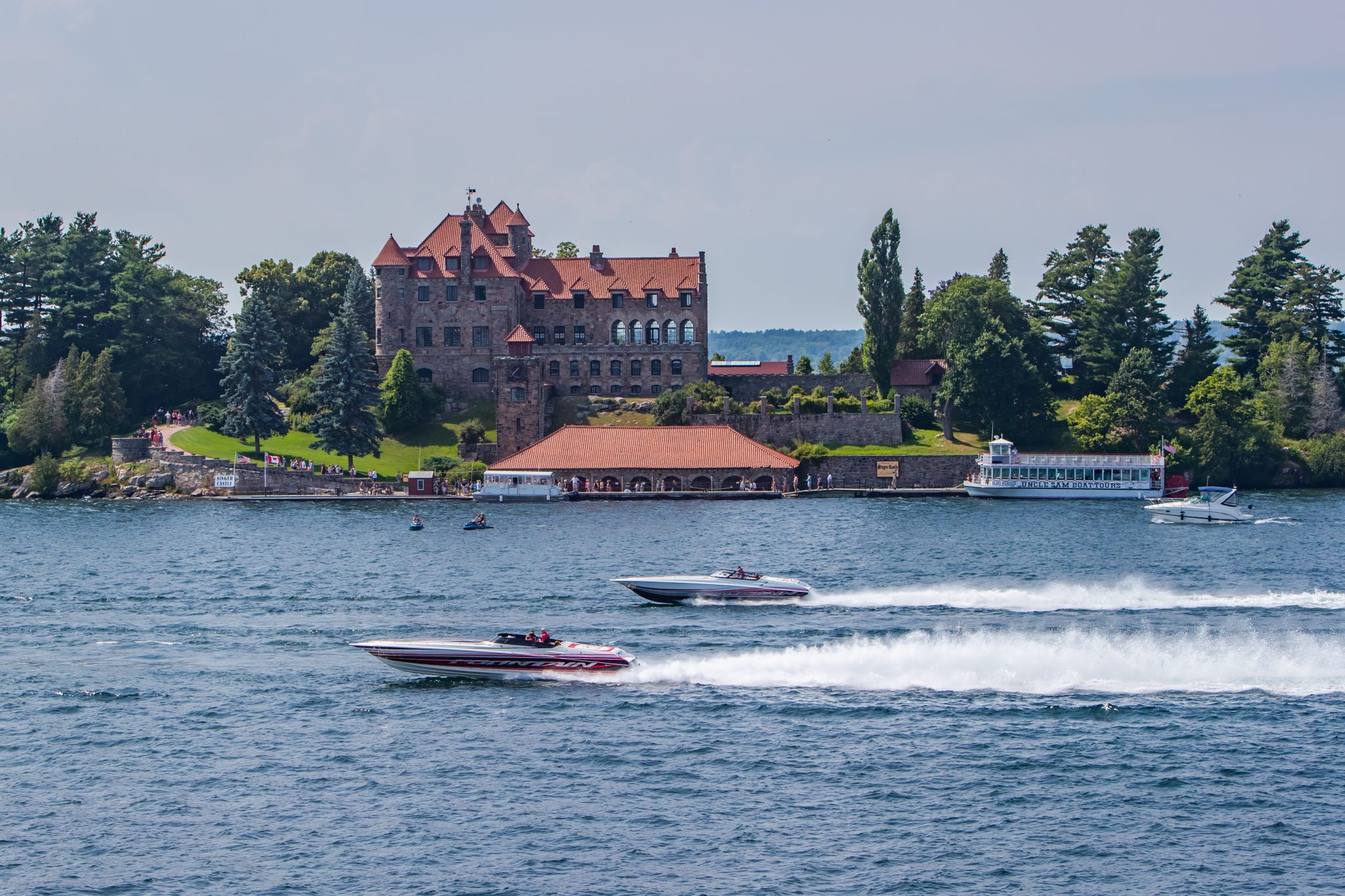 Philanthropy, friendship and caring: these three words perfectly sum up the philosophy of the 1,000 Islands Charity Poker Run.

The third annual installment of the event took place in upstate New York in 2019, in a cozy, slow-paced community known as Clayton, where the population is less than 2,000 residents. This community roars to life when the 1,000 Islands Charity Poker Run, benefitting the Make-A-Wish Foundation and River Hospital, comes to town. The idea of the run formulated four years ago, when it was brought to organizer (and now event president) Bobby Cantwell to gauge his interest level in getting involved. Cantwell was keen to embark on a journey that officially began with the inaugural event three years ago. The second annual event was showcased on the cover of Speedboat Magazine’s September 2018 issue, depicting a spectacular view of the famous Singer Castle in Chippewa Bay, NY.

The 2019 event kicked off on Thursday with a street party on Riverside Drive; Friday afternoon brings volunteer rides for around 20 Make-A-Wish kids and their families. “We had an enormous amount of poker run boats whose owners wanted to sign up to give rides to the Make-A-Wish kids and their families,” Cantwell says. “We had more boats than we had passengers. Everybody had smiles on their faces.” Saturday is the main event, a poker run that attracted heavy-hitters like John Woodruff, Bill Tomlinson and Bob Christie, along with sponsors DCB Performance Boats, MTI, Mystic, Outerlimits and Adrenaline Powerboats. The boat count this year was at 110, but could frankly have been much higher. Unfortunately, the water on the Saint Lawrence River was about 2½ feet above the normal level. Consequently, the New York State Park Police—one of the agencies that issue the permits—imposed a limit on the number of boats that could participate in the run.

“We could have had 140 to 150 boats,” Cantwell says. “And that’s no exaggeration.” Not only have organizers partnered with Make-A-Wish of Central New York, but also with Make-A-wish Canada. “Officially, our name is now the Thousand Islands International Charity Poker Run,” Cantwell says. “We actually have the American and Canadian flags in our logo. From a benefactor and course perspective, we now are truly an international poker run.” The event was an immediate success—nearly doubling last year’s donations to the tune of around $80,000. Cantwell attributes that success to the divergent personalities of the board of directors. “One of our members, Nolan Ferris, likens our board to a bag of Skittles—we’re all different colors, but when we come together, we’re a formidable opponent. And we do very, very well. Each of the members has an asset or attribute to bring to the board, and I credit that hugely to how successful we are.”

The 2019 edition indeed exceeded the year before—not only in attendance, but in dollars raised for charity, nearly doubling the $45,000 raised in 2018.