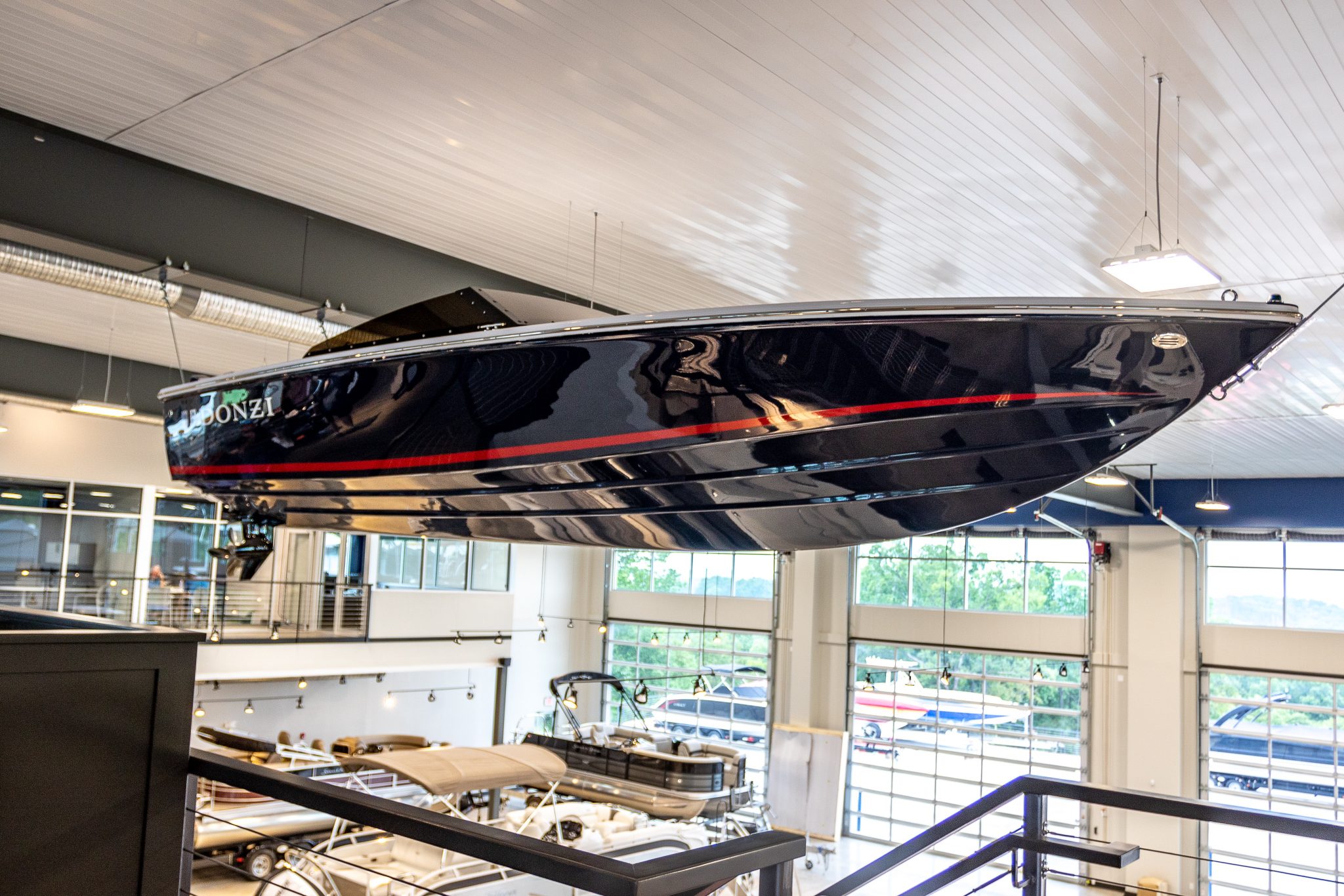 Big Thunder Marine, the Missouri-based dealership, marina and service and storage facility, recently expanded to include a sprawling 19,000-square-foot showroom in Lake Ozark, MO.
The company handles sales of Fountain, Donzi and Baja brands on the muscleboat side, as well as a variety of family pontoons, runabouts, center console models and brokerage boats.
The new shoowroom is “really an impressive building,” says Big Thunder Marine general manager Jeremy Anderson. “When you first walk in, there’s a mezzanine at the top where all of the offices are, along with some retail space, and it overlooks the showroom down below. Then the back wall consists of two stories of windows and five 20’x20’ garage doors that are all glass—the entire back of the building looks out over the hills. It’s just really neat looking.”
Anderson says that Big Thunder’s expansion comprises four total locations, including two on-water marina/service centers and two showrooms, including a recently opened family boating center that features tri-toons, wakeboard boats, a pro shop, etc. The on-water facilities include the Glen Cove marina, located on the 3-mile marker, and the original Big Thunder Marine in Gravois Mills that was founded by famed boat racer Bob Morgan in the 1990s.
Big Thunder Marine is the #1 new and used boat dealer at the lake for sheer volume. Anderson says center consoles like Fountain’s 39NX and custom-order Bajas are among the company’s hottest-selling models. “Also, the new Donzi 41 GT that just came out has been really well received as well,” he says.
Big Thunder Marine is also marketing Fountain’s recently released outboard-powered 32 Thunder Cat. “We’ve sold a couple of them already—one got delivered to a customer this weekend, and another one is being completed at the factory right now. That one is sold to a customer in Napa Valley, CA,” Anderson says. “That Fountain was the fastest of the outboard cats at the recent Lake of the Ozarks Shootout.”
In addition to selling boats, Big Thunder Marine is a specialist in repowers and refits. “We have a fully certified service department that keeps very busy during the off-season with those projects,” Anderson says. 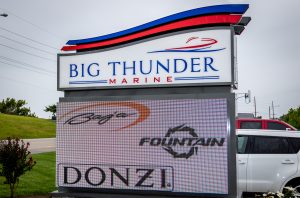 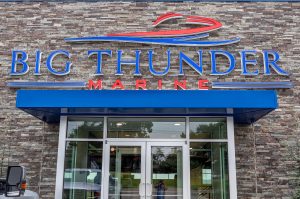