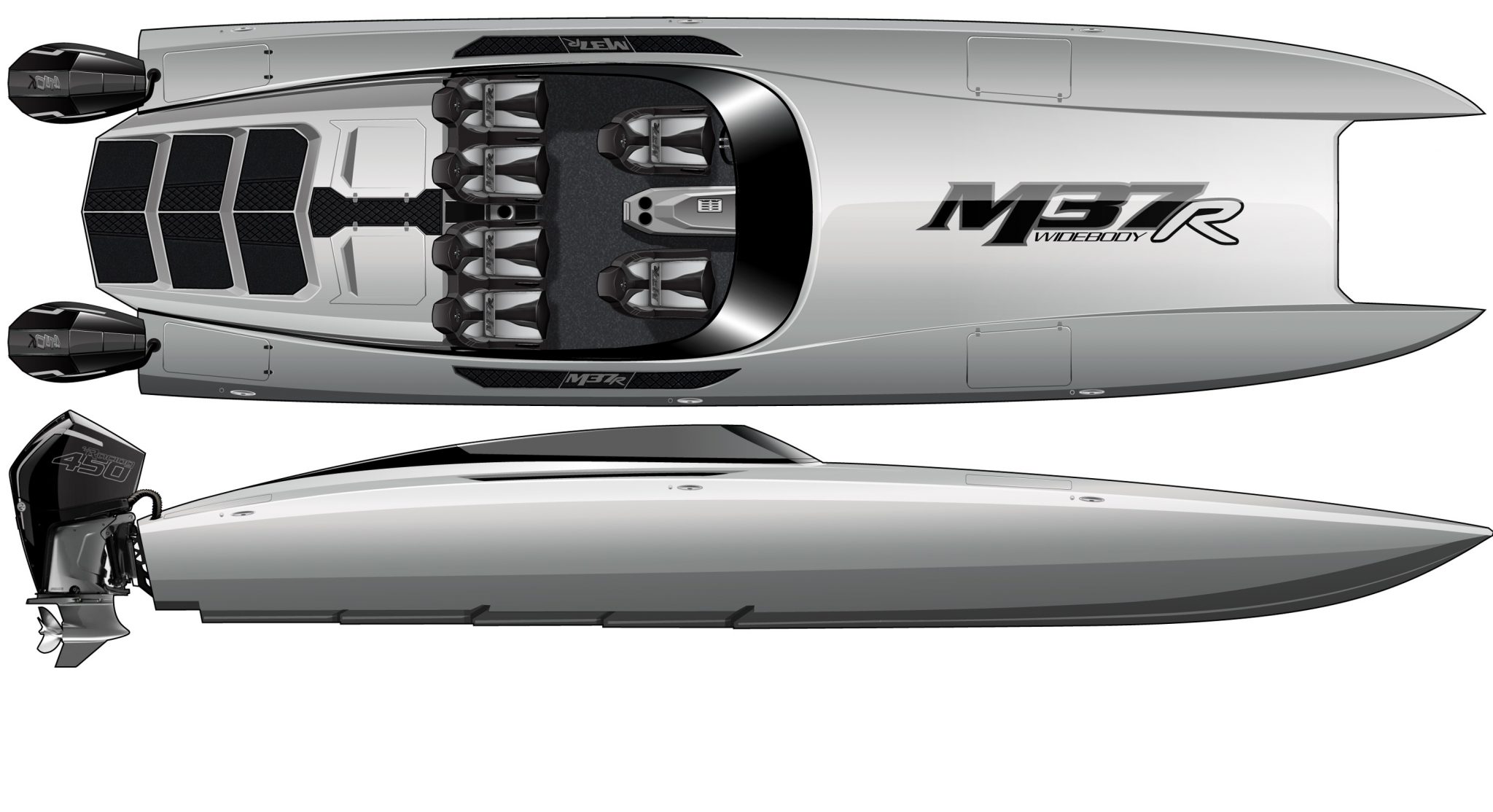 DCB Performance Boats of El Cajon, CA, is one step closer to debuting its much-anticipated new model: the M37R.

The boat’s deck design was spearheaded by Franco Gianni (of SFG Yacht Design, Miami Beach, FL) and the team at DCB. According to DCB President Jeff Johnston, it was derived off of the company’s flagship M44, specifically for a few key features, incuding:

• Three-step steps at transom (bustle), resulting in ease of boarding.

• Dedicated walkway around the side of the windshield, resulting in ease of walking to front deck area.

Meanwhile, the boat’s bottom design was a collaboration of an engineering team with decades of knowledge and experience. The plug and mold work was contracted through a third party based in Florida.

The bottom mold has been completed and arrived at DCB’s factory the first week of the new year.

Deck mold on the M37R, along with other miscellaneous parts, will be wrapped up and shipped to DCB by end of February.

Johnston told Powerboat Nation that the first five hulls have been sold, and that DCB is currently taking deposits on slot #6. The first hull is slated to debut at Lake Havasu’s Desert Storm event in April. “This deadline will be tight, but it is still our goal,” Johnston said.

GALLERY #2: The bottom mold is delivered to DCB: