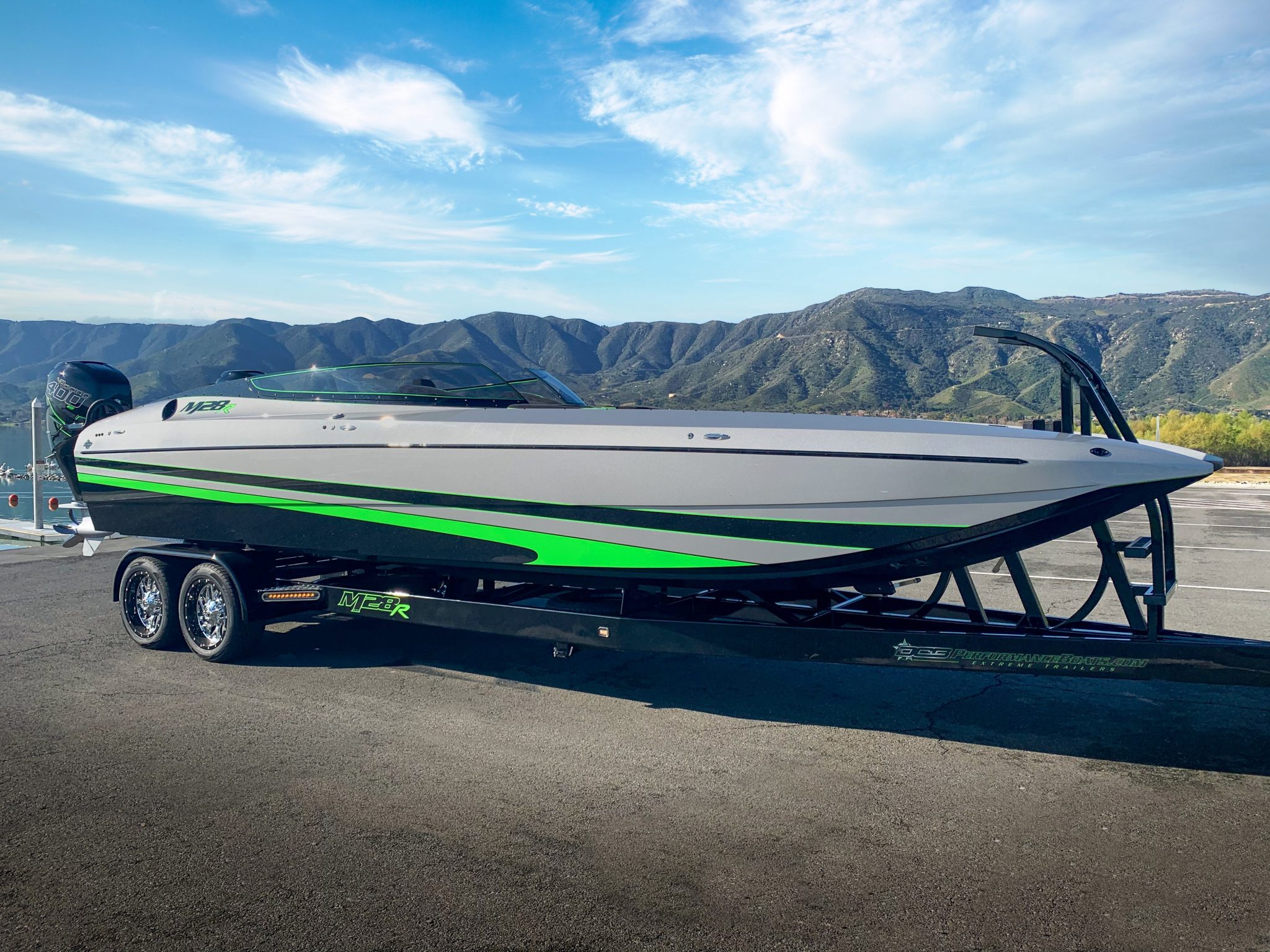 Waters’ first boats were performance catamarans from the likes of Advantage, Eliminator, Baja and Howard. A turning point came in the 1990s, when he was attending a shootout-style event in Parker, AZ, with his blown 22′ Advantage repowered by engine guru Leon Derebery (featured in a 1997 issue of Powerboat Magazine).

“Anybody who owned a boat that went over 100 mph was invited,” Waters recalls. “Bob Teague drove all the boats. At the event, I saw a guy wiping down what looked like a 21′ Daytona with a couple of eggbeaters on it. He introduced himself—it was [DCB founder] Dave Hemmingson.”

So impressed was Waters by the fit and finish of Hemmingson’s boat that he told him that when he’d saved enough money, he would commission Dave build his next boat. And that’s just what happened: “He built me a Mach 26, which was written up in the July 2001 issue of Hot Boat Magazine.” (See below). That was the beginning of Waters’ love affair with DCB. 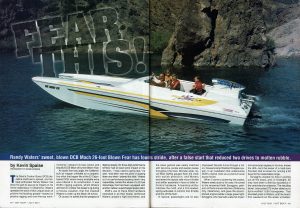 Waters, 61, is a full-blown adrenaline junkie who has juggled numerous go-fast hobbies—he’s equally addicted to fast cars, fast motorcycles and stand-up Jet Skis (just check out some of his toys, below). “I’ve built a lot of crazy things that have been in a lot of magazines,” he says. “I love to design and build stuff, and love to watch it all come together.”

But he always finds his way back to the water, as you might well expect from a man named Waters. He has owned the gamut of muscleboats, including vee hulls and catamarans, closed-deck and open-bow models, I/Os, outboards and jetboats. His two most recent rides have been a DCB M31 and the just-delivered M28R, which is a full walk-through open bow model powered by twin Mercury Racing 400R outboards. It’s only the second M28R with a full open bow; Paul Loska’s, delivered last April, was the first. However, it’s the first M28R that DCB has done with a special fiberglass modification to give passengers ease of boarding.

He uses his boats primarily on Oklahoma’s Lake Eufaula, which covers 102,000 acres and comprises 600 miles of shoreline.

“It would shock you how much money’s on this lake,” he says. “When people think of big money and lakes in Oklahoma, they tend to think of Lake Texoma and Grand Lake o’ the Cherokees, period. But there’s a bunch of money on Eufaula. This is one of the biggest lakes in the United States. Years ago, the most custom thing out there might have been a Baja. Now the lake has some serious muscle—some of the biggest and baddest boats from all over the country. They are some real monsters out here.”

Waters enjoys his DCBs with his wife, Lori.

And check out this gallery of photos of the M28R: