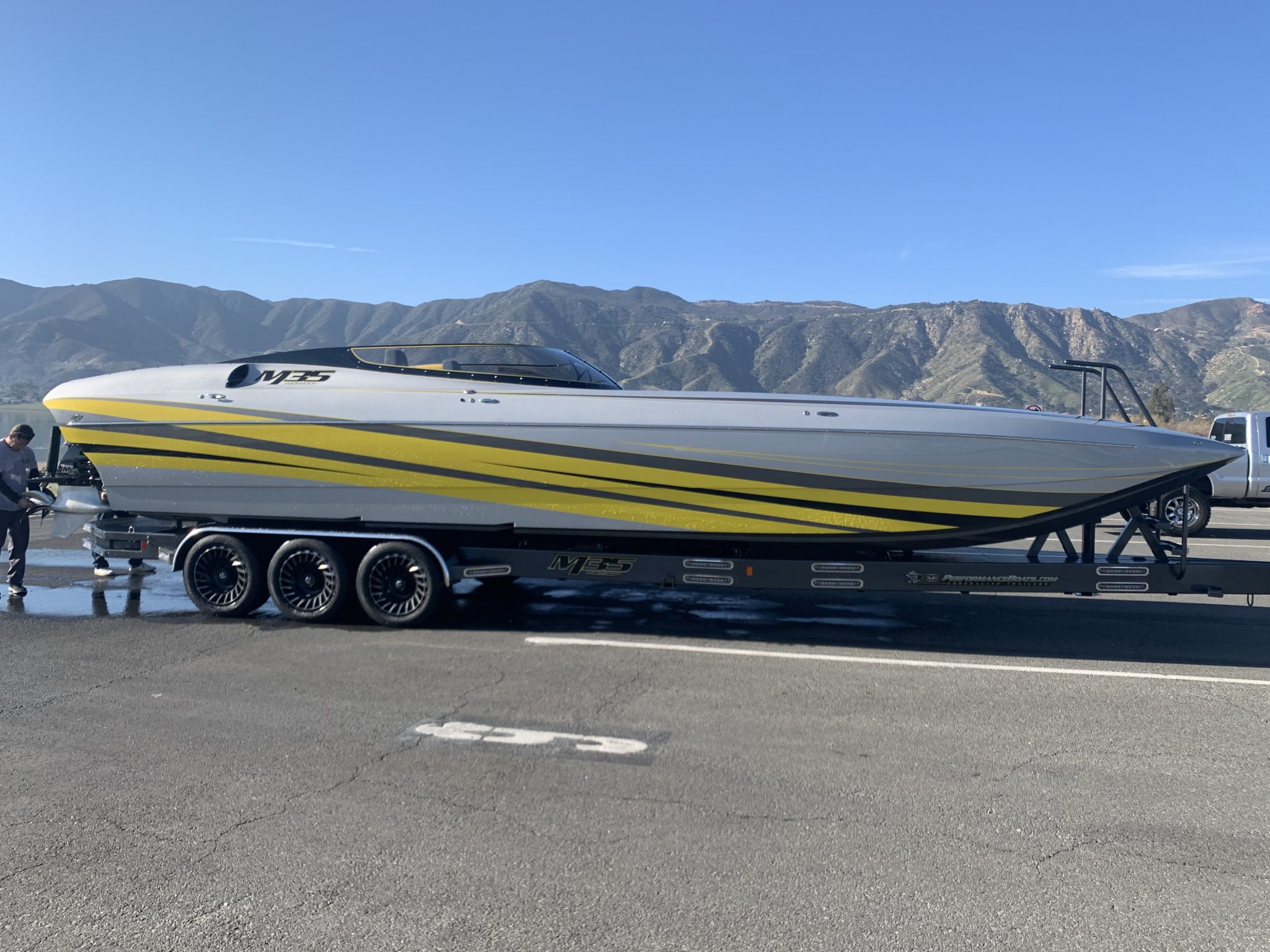 On the other hand, you’ve probably heard of Primm, NV, the community famous for its casinos and off-road racing. The area’s developer was Roger’s father, Ernest Jay Primm.

Roger, 60, is the latest customer to be ecstatic over a build by DCB Performance Boats of El Cajon, CA. The builder is currently dialing in an M35 Widebody powered by TCM 1450 EFIs with #6 drives. The boat was on display at the Los Angeles Boat Show in January, and will be delivered shortly.

Primm was about 17 when his older brother was racing a K boat. “I went down to Lake Ming to watch the races, and I was instantly hooked,” he recalls. Before long, Roger was driving his first Eliminator flatbottom, a 100-mph lake boat that led to an award-winning 20+ year career racing in Pro Gas Hydro, Blown Gas Jet and Comp Jet classes, where he broke several IHBA records.

After that, he launched a career in auto competition, where he raced top alcohol and top fuel dragsters in the the National Hot Rod Association circuit. He also made a name for himself as owner of the famous Whiskey Pete’s casino, and has been focusing on real-estate development since selling the casino in 2000.

Both of his children also inherited his “need for speed.” His son, now 26, is a former Outlaw kart racer, while his daughter has a passion for barrel racing, a rodeo event in which a horse and rider attempt to complete a cloverleaf pattern around preset barrels in the fastest time.

The M35 is Primm’s first DCB and his first catamaran (he previously owned a Formula FasTech vee bottom). The boat features a 9’7″ beam and was constructed using the Vacuum Infused Resin (VIR) process, balsa-cored, with aggressive carbon-fiber and carbon-kevlar. It’s a half-cap hull with stainless steel rubrail painted black. With the current setup, Primm says the boat will do 160+ mph with no problem.

Some specs on the boat: