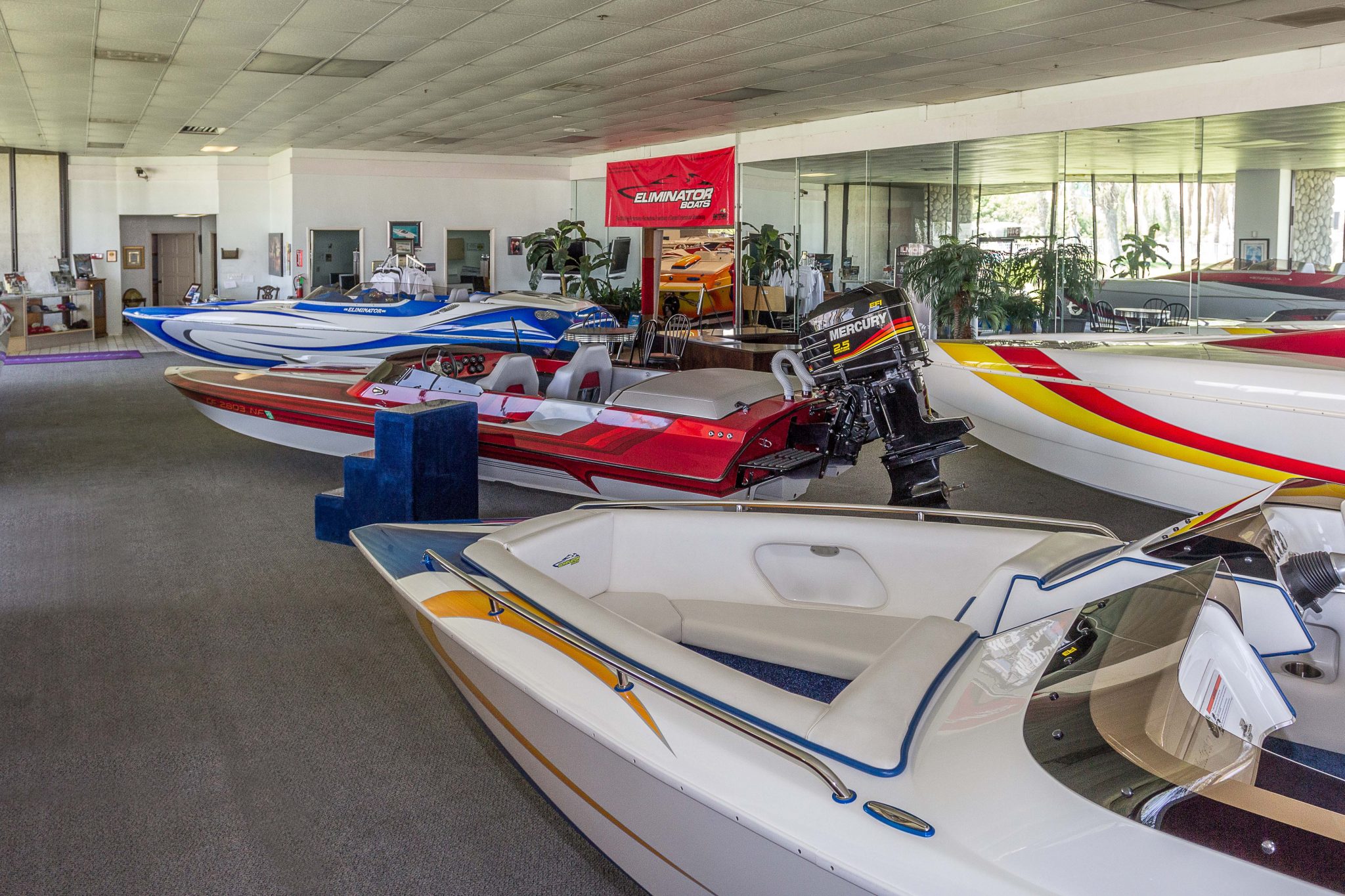 The bankruptcy sale of powerboat manufacturer Eliminator received court approval to RevLine, LLC. Revline is an investment group formed by Eliminator general manager Jake Fraleigh and his business partner Todd Mobraten. They will purchase Eliminator’s business operations, intellectual property, and certain tangible assets for $1.5 million. Their purchase agreement followed a bidding process that saw some others initially expressing interest but ultimately dropping out.

Fraleigh will become Eliminator’s new president. James Wong, the court-appointed CEO of Eliminator, will relinquish his role to Fraleigh, and assist him and his team towards a smooth transition. This includes the completion of any customers’ boats in production and service.

“Eliminator filed chapter 11 bankruptcy in 2010, and the consummation of this transaction has been a long and arduous journey,” Wong said. “I am confident that Mr. Fraleigh and Revline will provide the operational skill sets and financial capital to re-position Eliminator for success. The powerboat industry is a tightly knit community, and I am certain the customers, vendors, employees, and many Eliminator devotees, will be appreciative that Eliminator is now in the hands of a long-time Eliminator employee, who understands the product and market, and is capable of leading the company and providing vision for its future.”

Eliminator is celebrating its 50th anniversary next year.

Fraleigh said Eliminator would stay in its current Mira Loma building and retain “all the same key employees.”

“I have an extensive business plan,” he said. “We’re going to change a lot of the things that we do in production. We will have a new 30 Speedster XL, which is a wider version. We’re tooling that right now. And then we’ll have a 25 Speedster coming out.”

Fraleigh also mentioned the Kevlar 36’ Speedster plug that Eliminator is currently creating with a bustle and walk-off platform. “We will be able to add this bustle to any 36’ Daytona Coupe or Speedster,” he said.

Eliminator’s incredible history is well-known throughout the industry. Bob Leach had built a few boats for some friends before his “hobby” became a full-blown business venture. Eventually he had orders from up and down the Colorado River. From those humble beginnings came one of the most influential companies in custom boating history. Eliminator has led the sport on so many fronts: styling, performance and customer treatment, to name a few. Eliminator pioneered custom interior, gelcoat, hardware and setup.

“I am dedicated to the industry as well as the Eliminator brand. It’s an honor to take over such a legendary company and continue to work with the existing staff in building a better, stronger product,” Fraleigh said. “My RevLine partners bring extensive experience, capital, and a strong culture to the company.
We look forward in continuing to service our family of customers.”