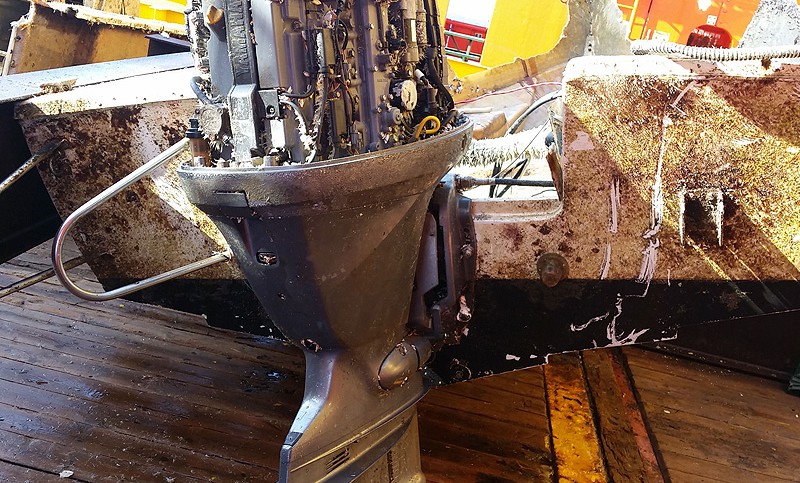 The boat piloted by the missing Florida boys, Perry Cohen and Austin Stephanos, both 14, is finally on its way back to U.S. soil after being found off the coast of Bermuda last month by a Norwegian shipping freighter. Before packing the boat into its designated shipping container, the crew took several unadulterated photos of the boat which are currently being examined by U.S. authorities in hopes of getting a better glimpse into what might have transpired when the boys went missing.

According to the Cohen family’s attorney, Guy Rubin, upon first review the photographs show that the boat’s battery switch and ignition key are in the off position. Rubin claims that this is concerning because the location of the battery switch makes it extremely difficult to reach, and nothing short of impossible to be deactivated by a storm or length of time. This, according to Rubin, indicates that the switch being in the off position carries the high possibility that it was deactivated intentionally. Whether that was done by the boys or a another party that had access to the boat since their disappearance remains unknown.

“If the storm came and capsized the boat, the battery switch and the key would not be in those positions,” Rubin continued. “We want forensic experts in accident reconstruction to look at the boat and tell us what happened. I’m not trying to be an alarmist, but I’m also trying to take it from a scientific approach.”

However, while this may lead Rubin and his clients to lean towards some manner of foul play, concrete facts are still elusive and they are hesitant to offer any speculation as to what may have actually taken place.

“We don’t have any specific details about how the boat was taken from the vessel that picked it up to the process when it was then documented with photographs and put into a cargo container for shipment back to Port Everglades,” he told PEOPLE Wednesday. “This is still yet to be determined. So, we are drawing some possible conclusions from the photographs with the caveat that we just don’t know enough to make any determinative statements. This is the nature of investigative work and why it needs to be done methodically, carefully and by professionals. There is a lot from the photographs that tell the story and I’m going to let the professionals tell us what they mean from their perspective.”

The Stephanos family is still refusing to let the authorities examine the iPhone that was recovered from the boat and the Cohens are currently in the middle of a lawsuit to have the phone returned to the authorities for examination.

We’ll keep you updated here on PBN as we learn more.