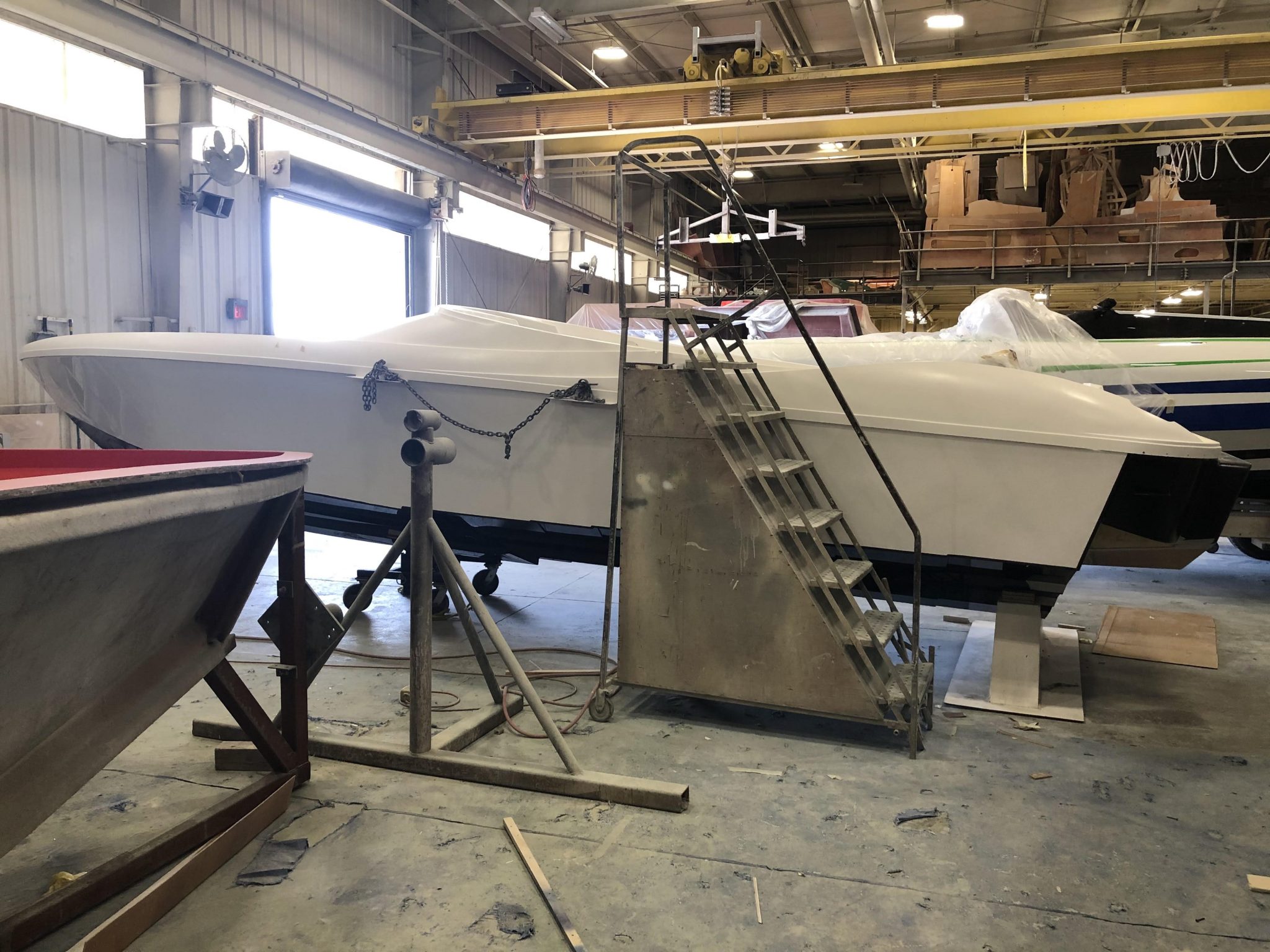 Responding to the strong sales and positive feedback of its 39 Shotgun, Calverton, NY-based Hustler Powerboats is planning to introduce a 29-foot version as early as next year.

With seating for up to 10 in its voluminous cockpit, the 39’ Shotgun was unveiled at the 2018 Miami International Boat Show and displayed again at February’s 2019 exhibit. The fully loaded model displayed this year featured a multitude of standard features and optional equipment, including reclining seats, lounge chairs and a luxurious cabin. It was powered by three Mercury Racing 400R outboards.

Paul LoGiudice of Hustler tells Powerboat Nation that the 29’ version is currently being tooled, and may be ready as early as next year’s Miami Boat Show. “Twin 400s would probably be the typical power package,” he said. “If a customer wanted to step up to 450s, they could certainly make that upgrade.”

Like the 39′ Shotgun, the 29 will feature “a large layout with a bench seat across the back, a vee berth, and there will be ample room for a bunch of people to stand in the boat,” he said.

LoGiudice said several customers of Hustler’s 29 Rockit had expressed an interest for a boat with quieter engines. “That’s the reason we decided to take what we had with our 39 Shotgun and apply it to a 29.”