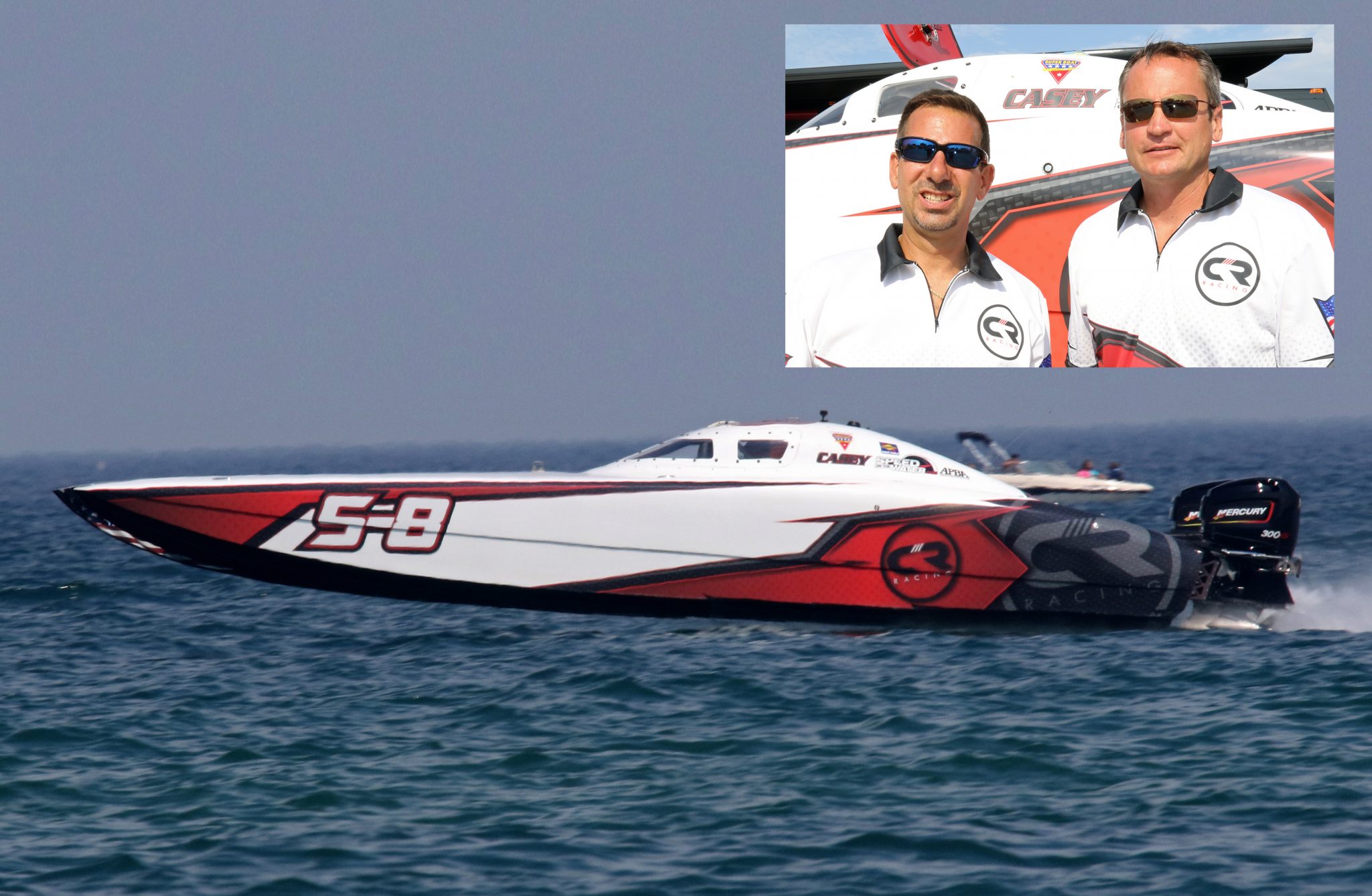 After winning their class on Wednesday and Friday, all Shadow Pirate needed to take the offshore World Championship in Superboat Stock class was a second-place win. But CR Racing (a 32’ Doug Wright with driver Rob Unnerstall and throttleman Casey Boaz) and Team Allen Lawn Care (a 32’ Doug Wright with driver Andrei Allen and throttleman Billy Allen) finished in first and second place, respectively, dashing Nick Scafidi’s and Marc Granet’s dreams of taking home the trophy for Shadow Pirate.  In fourth place was Curry Refrigeration and Air, a 30′ Skater with driver Greg Direnzo and throttleman John Robinson. CR Racing will be the unofficial World Champion in Superboat Stock.

But Shadow Pirate‘s fizzled hopes were far from the biggest disaster in Sunday’s Superboat Stock race. FJ Propeller, which had held a solid second-place position,  dropped out of the race with a mechanical issue. Jackhammer, a 34’ Blade featuring driver Reese Langheim and throttleman Brad Wade, flipped upside down during the race and had to be towed in; both men were OK. Killer Bee, a 30’ Doug Wright racing for the first time this season, also flipped their boat; both pilots were OK.

Wix Filters continued to dominate in Production 3 class, taking the World Championships after another first-place win on Sunday, with SimmonsMarine.com and Thee Dollhouse finishing second and third.

In Production 4 class, the race winner and unofficial World Champion was Two Cruel, with driver Daniel Racz and throttleman Craig Belfatto. They were followed by Yabba Dabba Doo after Team Woody/JRJ Construction dropped out the race with a mechanical issue.

This was the first of four races on Sunday; stay tuned for updates on Superboat Vee, Superboat and Superboat Unlimited racing.