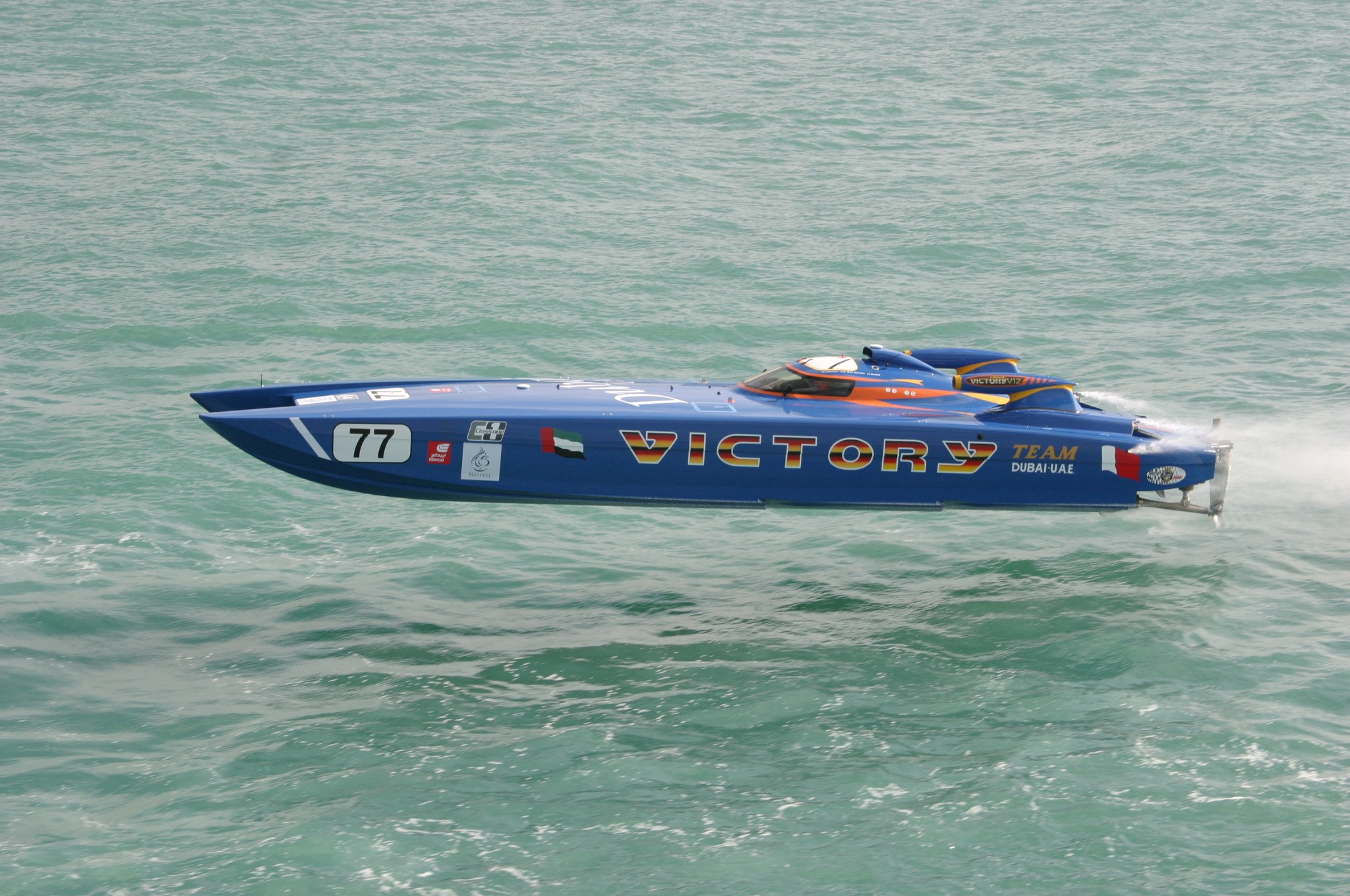 Offshore competitors in Key West received a major jolt during today’s off-day of racing when Super Boat International announced that two Team Victory hulls had been penalized for jumping the start during Friday’s Superboat Unlimited race, while Huski Chocolate was penalized for blocking other racers on the course.

The two boats from Dubai—UAE-33 and UAE-3 Team Victory—received a demotion in points after coming in first and second on Friday. UAE-33, driven by Salem Ali Aladidi of Dubai and throttled by John Tomlinson of Performance Boat Center, had finished in first place, while UAE-3, piloted by driver Steve Curtis (of Miss Geico fame) and Elsa Mohamed Abdul Rahman of Dubai on throttles, finished in second place.

After the penalties were made, the Superboat Unlimited teams are now sitting in the following order in terms of points:

• #77 Lucas Oil Silverhook, a 48’ Silverhook driven by Jay Johnson and throttled by Nigel Hook, have 389.5 points.