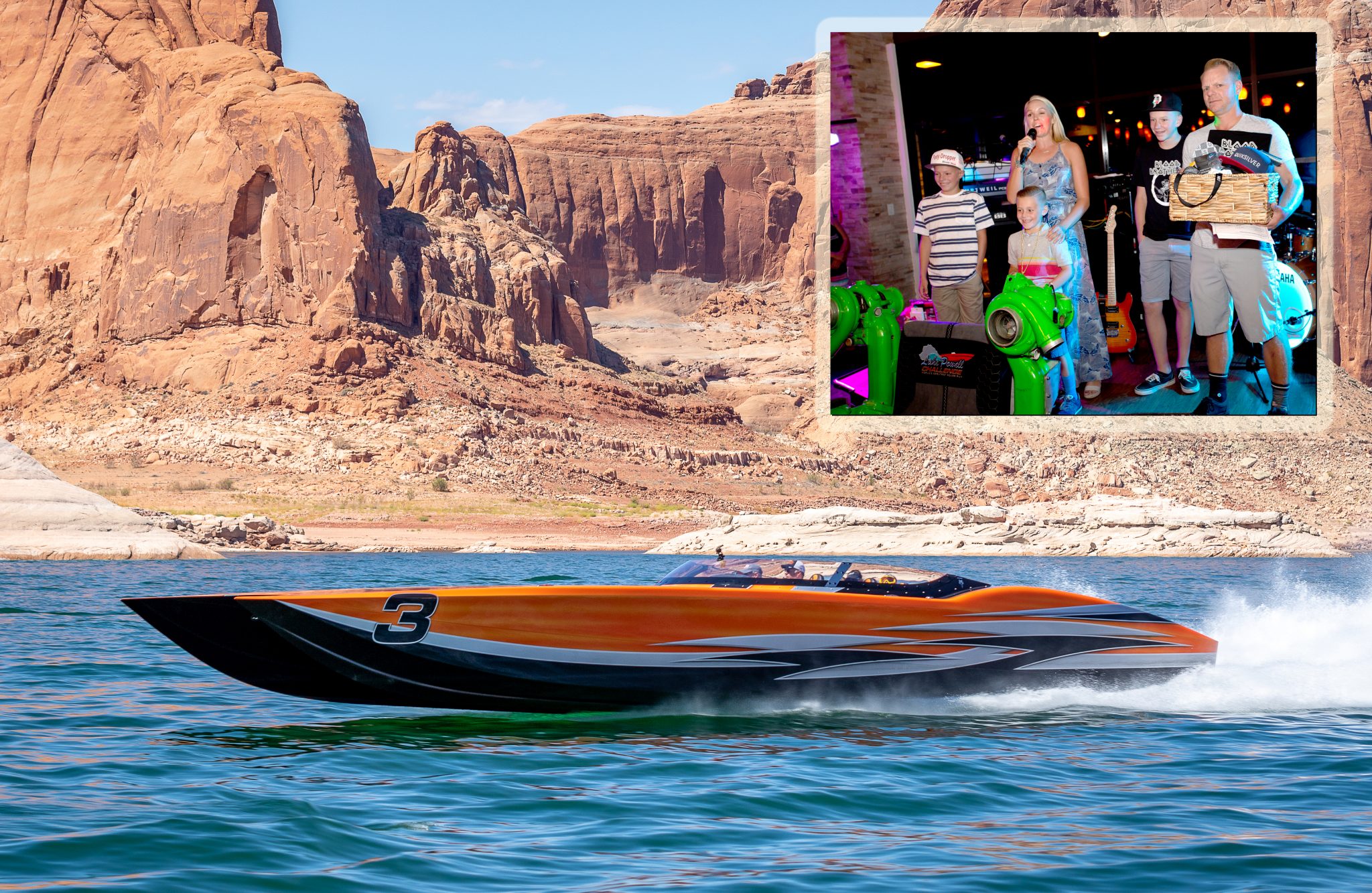 Although the 2019 edition of the Lake Powell Challenge isn’t until Sept. 12-14, preparations are already in full swing to make this year’s event the biggest and most exciting installment to date.

Taking place on one of the most spectacular lakes in the world, the Challenge has become synonymous with the incredible scenic views, a famous auction, and massive amounts of money raised for JDRF (the Juvenile Diabetes Research Foundation). The 11th annual event will once again be headquartered at Antelope Point Marina in Page, AZ, and include stops across both Arizona and Utah.

Here’s what’s on the agenda for the 2019 installment:

Thursday, Sept. 12 will take participants on a fun run up the lake to Bullfrog Marina for lunch, followed by a cruise on the San Juan River and exploring the world-famous canyons in the area. All told, it’ll encompass about 250 miles.

Friday, Sept. 13 will feature another fun run, this time to explore Rainbow Bridge National Monument, one of the largest known natural bridges in the world. Then it’s back to Padre Bay for a blowout beach party where lunch will be served at no additional charge. Friday night will bring a disco-themed party at Antelope Bay Marina, where attendees are invited to don 1970s attire if they so desire.

Saturday, Sept. 14 is poker run, with a barbecue lunch at the Lone Rock Beach campgrounds. Evening festivities include the famous party featuring the silent and live auction; as always, Barrett Custom Marine of Lake Havasu City, AZ, will auction off their custom-built “header chairs.” We’re told by organizers that there are some cool surprises in the works as well.

One of the constant attendees of the Lake Powell Challenge is George Argyros, who plans to attend this year with at least two boats, including his 48’ MTI catamaran and a newly delivered 42′ center console model. Record numbers of boats are expected to attend this year’s Challenge.

Also new for 2019: Organizers have formed a 501(c)(3) foundation to help disburse the money raised; the organization will help “spread the wealth” to various children’s charities, with the main focus being JDRF.
The title sponsor of the Lake Powell Challenge is Positive Beverage, with boat sponsorships coming from DCB Performance Boats and Marine Technology Inc. (MTI).