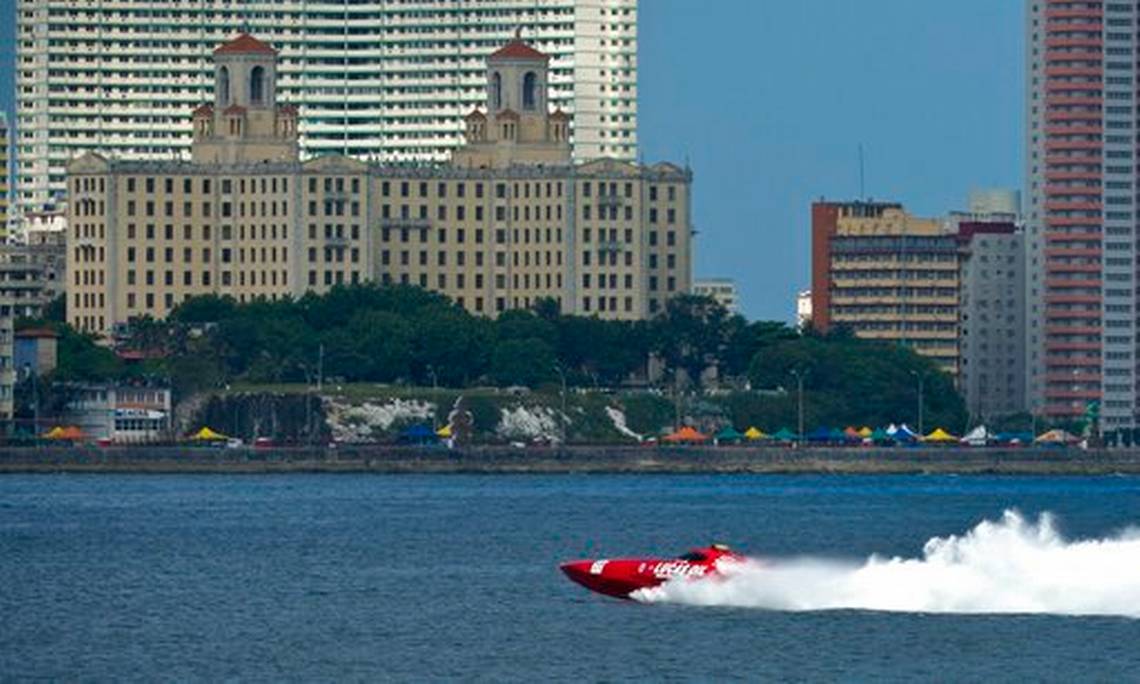 Captain Nigel Hook made the 101-mile trip in just one hour and eighteen minutes, averaging a speed of 79.8 mph but reaching speeds as high as 127 mph in 5 to 7 foot waves. This was the official run although back in 2015 they made an unsanctioned run that took almost 1 hour and 50 minutes.

The American Power Boat Association said they have yet to certify the run, but once finished it will set the mark for the never before attempted record. Hook is also hoping to receive recognition from the Guinness Book of World Records.

Check out all of the photos from AP Photos below.