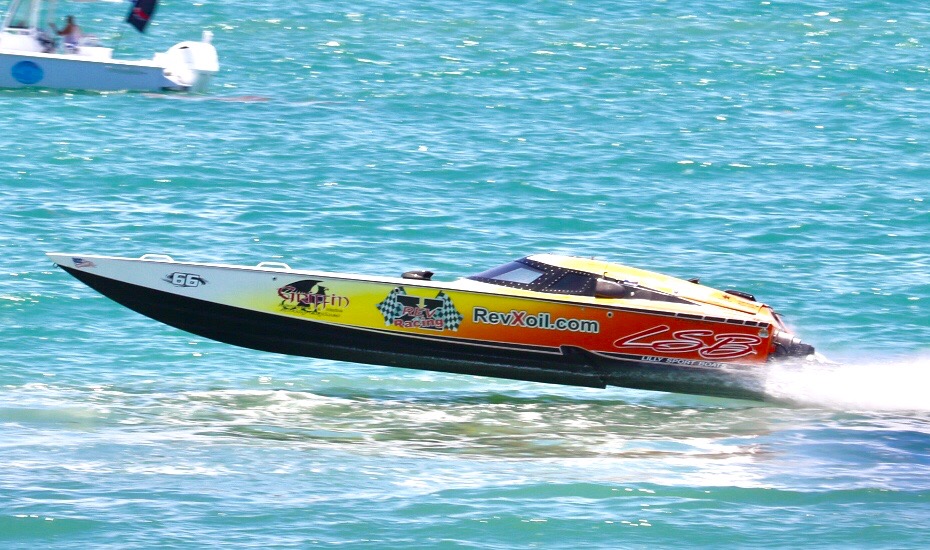 In the second and final day of weekend racing, three classes kicked off the first of four races, featuring Class 3, Class 6 and ProStock Vee competitors.

Brit Lilly and Kevin Smith in LSB Hurricane of Awesomeness took the early lead in ProStock Vee and stayed out in front until the end. The lineup in this class stayed locked in all the way through; Typhoon (with Tom Crowley and Randy Schleuss) finished second and Phase 5 (with Al Penta and Jay Muller) finished third. Play It Again and Octane were fourth and fifth, respectively.

Class 3 put on a very exciting race, with Strictly Business and Wazzup frequently trading off on the lead. Wazzup, with driver Nick Smith and OPA President Ed “Smitty” Smith on throttles, finished in first place when veteran racers Louie Giancontieri and Johnny Stanch appeared to suffer a mechanical issue toward the end of the bout. The Fountain #Living Right / Team Woody, with Billy Shipley and Chad Woody, went out early with its own mechanical issue; the pair had suffered a similar fate during yesterday’s Class 4 race in Team Woody.

Another nail-biter occurred in Class 6, which saw Deception take an early lead, only to fall back and then go out. That left Smith Brothers / CRC in the lead, but then Pete and Rich Smith got into another fight for first place as Reindl One Design (with Kim Kramer and Chris Reindl) moved from third to second, and finally into the first-place position.