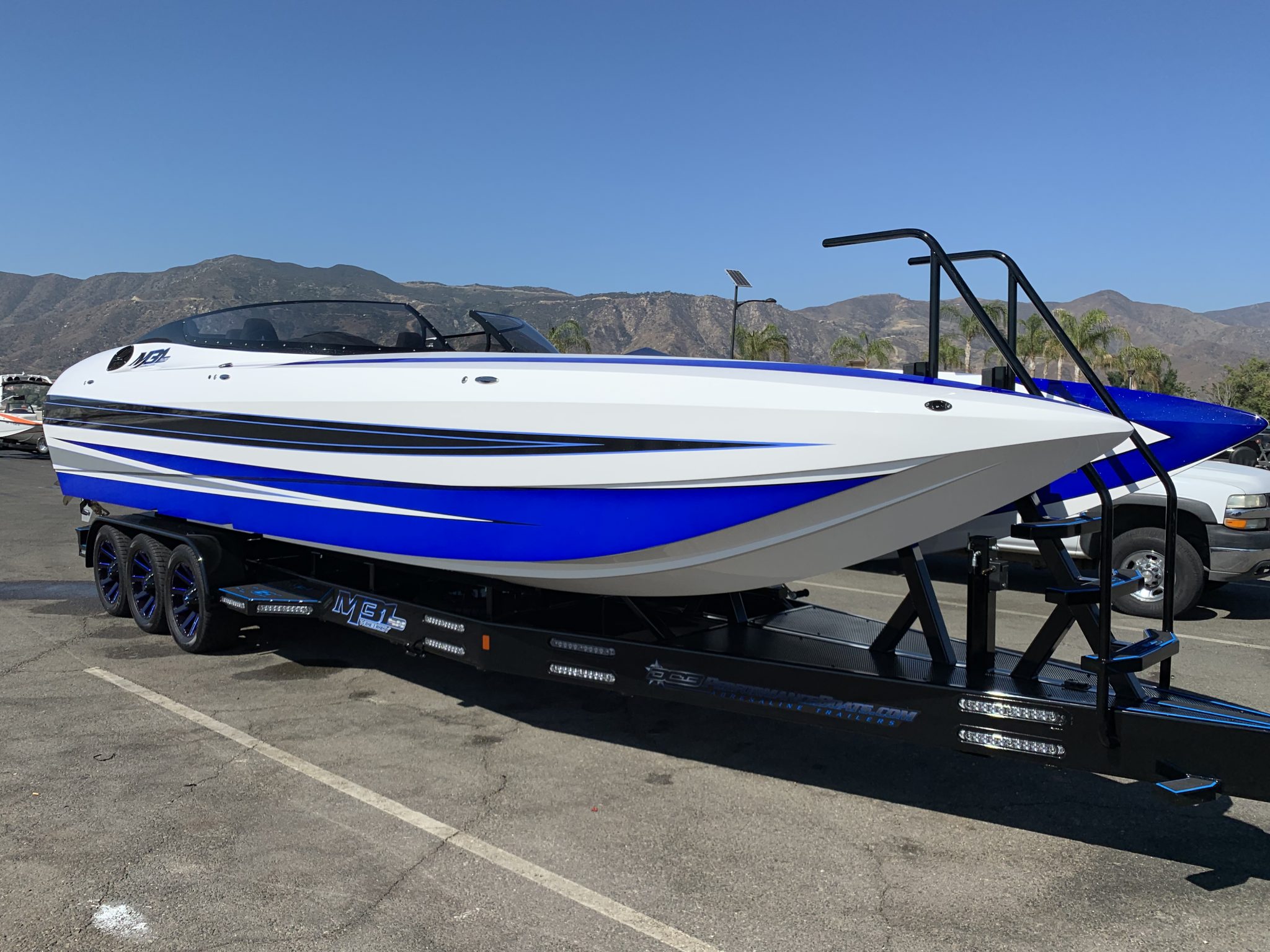 Powered by twin Mercury Racing 1350/M8s, the DCB is the second to be owned by Seitz. He had briefly owned the fully capped orange M35 originally built by John Chilton until realizing it wasn’t the ideal DCB for him and his family.

“It was a sexy, beautiful boat,” he says. “We loved it, but I realized I didn’t need all that speed. Walking over the windshield wasn’t really practical. When we’d be out with the kids on it, they couldn’t see over it.”

So Seitz worked out a deal with DCB to build the M31. “I said, ‘Can you guys do me a 31 with a walkthrough and make it like a deckboat?’ They said yes, so here we are,” he laughs.

Although he doesn’t really care about top-end speeds, Seitz says he opted for the 1350s on the M31 because he loves the electronic shifting and the turbos. “The way they perform, it’s just the greatest thrill to drive,” he says. Top speed of the M31 is 140+ mph.

The boat is named Calex, after the company Seitz owns, Calex Engineering. If you’ve ever driven through Beverly Hills or Santa Monica, you’ve undoubtedly seen his company’s handiwork. His jobs have included the Century Plaza, the Waldorf Astoria and the Montage in Beverly Hills, the recent modification of the Historic L.A. Coliseum, the new Rams/Chargers Stadium, the Pendry Hotel/Sunset Times project (the former location of the House of Blues on Sunset Boulevard) and the majority of all of the downtown Los Angeles projects.

Between him and his fiancee, the pair have a total of five children, ranging in age from 5 to 19 years old. They are also the owners of a 28′ Howard deckboat.

Check out this gallery of images from DCB: