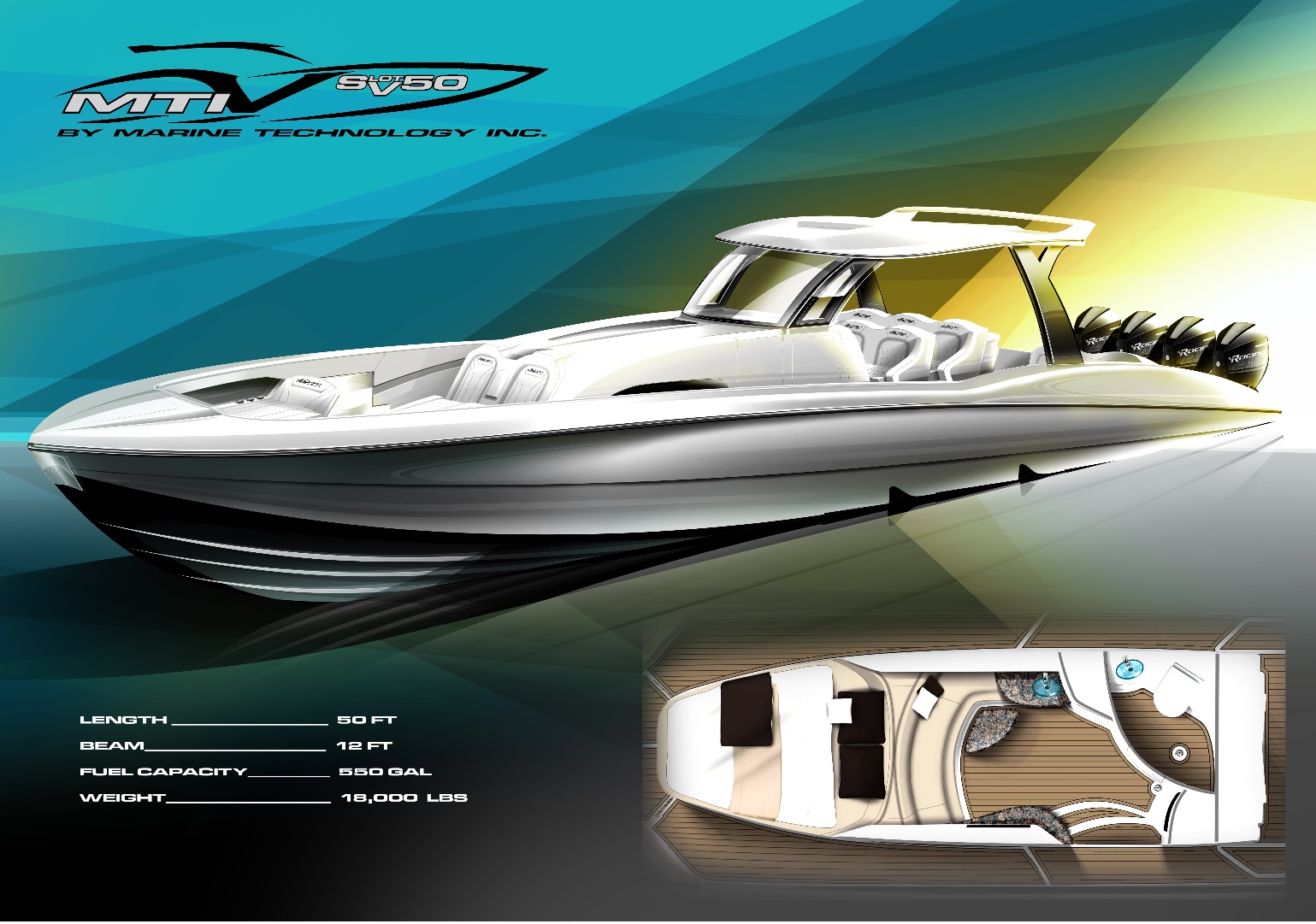 On the opening day of the Miami International Boat Show, Marine Technology Inc. (MTI) announced that it is building an all-new model to add to its line of luxury center console performance boats: the 50V. The vee-bottom boat will effectively bridge the gap between the company’s 42V and 57V models.

The announcement came from Randy Scism, president of the Wentzville, MO, manufacturer of some of the speediest boats in existence. It is well-known for its line of I/O-powered catamarans (38′ to 52′) and outboard cats, including the 340X and 390X. Scism said that he expects the boat to be formally unveiled at the 2021 Miami International Boat Show.

“Some of our customers love the amenities the 57 has, but they don’t want that much size,” Scism told Powerboat Nation. “So we’re scaling it back. It’s going to land right between our two center consoles. It will have more floor space than a 42, but less than a 57, both in the front and the back. But we will still maintain a big cabin, so they’ll have all the amenities they want. And it’ll still be a very performance-oriented center console available.”

The cabin will also feature a private head. The 50V can accommodate four or five outboard motors.

Some specs on the new model: