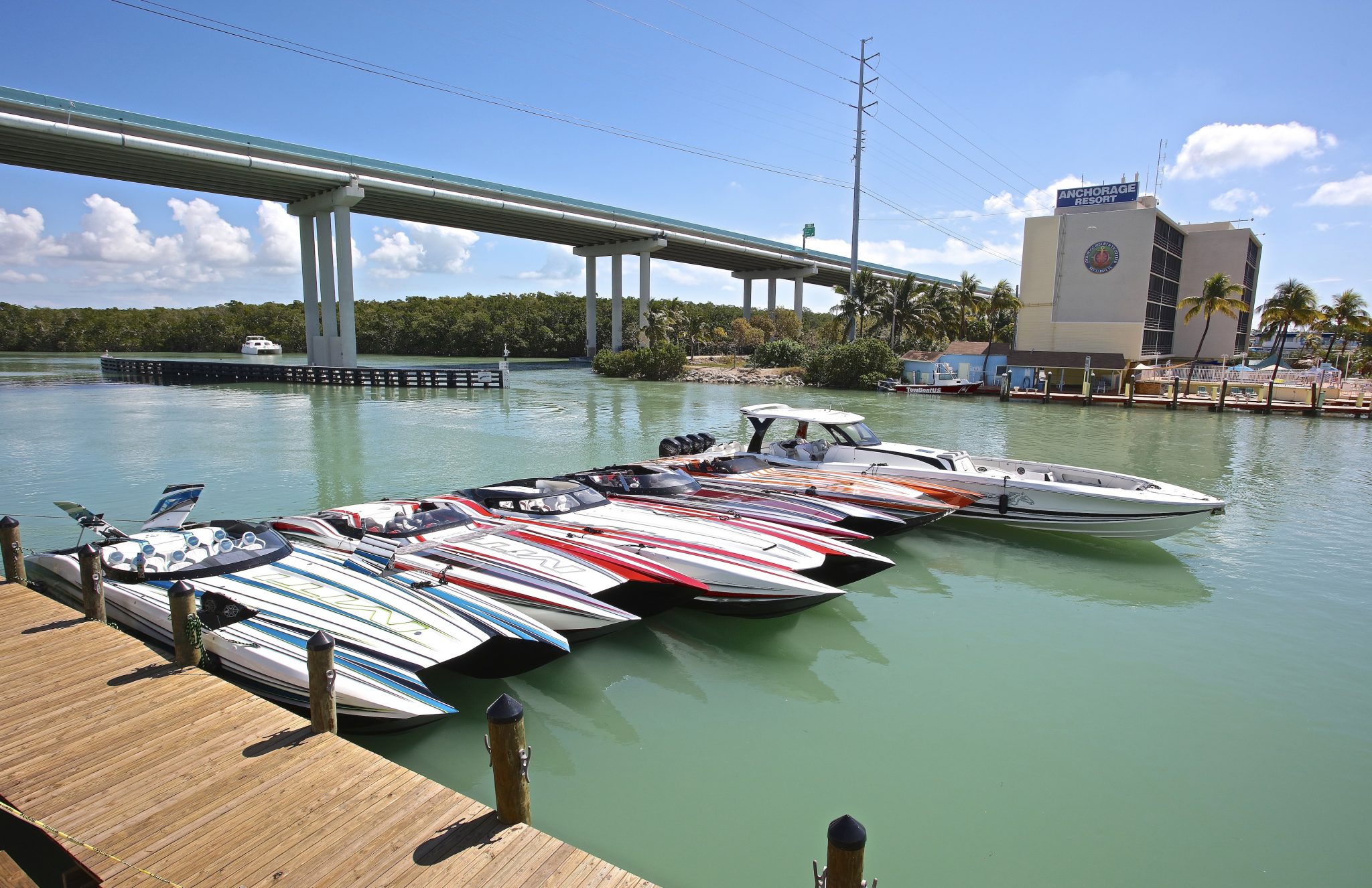 The builder of luxury center consoles and high-speed catamarans gathered its customers for a driver’s meeting Wednesday night and will be en route to the country’s “Southernmost city” for a Fun Run beginning early Thursday.

Spearheading the event are company President Randy Scism and his daughter, Taylor Scism, who told Powerboat Nation that they’ve registered 50 boats and nearly 300 people, and are at capacity. “It’s a big turnout,” Taylor says. “We’re really excited about it.” About half the boats are center consoles, and half are cats, she said.

After the gang departs from Haulover Marine Center in Miami, they’ll be making a lunch stop at Gilbert’s Resort before proceeding all the way to Key West. “We’ll be staying on Stock Island, and because we have so many people, we’ve had to divide the accommodations between the Perry Hotel and Ocean’s Edge hotels,” Taylor says.

On Friday, the MTI fleet will head north to Islamorada for some more lunch stops and a sandbar raft-up at Islamorada. Friday night, it’s off to Hawk’s Cay Resort on Duck Key (near Marathon Key); Saturday will bring more boating and lunch stops, along with a special awards banquet that night at Hawk’s Cay. The group will return to Miami on Sunday.

One of the first-time MTI Fun Runners are the Spraggins family, who recently took delivery of their new 390X cat. Taylor added that Randy would be giving demo rides on a 390X during the Fun Run.

Check out these photos from last year’s Fun Run!