As we reported last week, MTI took its customers on a Fun Run from Miami to Key West and points in between beginning last Thursday. Now that they’re back, we decided to check in and get a full report.

The event was spearheaded by company President Randy Scism and client relations manager Taylor Scism, who left Haulover Marine Center on Thursday morning. “We had some rain come in on Thursday between 6 a.m. and 7 a.m.,” Taylor says. “Luckily, it started to blow over by 10. By the time we got to Gilbert’s Resort for lunch, it was beautiful—sunny skies, 75 to 80 degrees, and we had that for the rest of the time. We actually got super lucky with the weather.”

While at Gilberts, Tyler Stone—owner of an MTI 340X catamaran—had arranged to propose to his girlfriend Vanessa, an event that was captured on video and witnessed by roughly a third of the attendees. “He did it on the deck of his boat while it was tied up to about ten other 34s,” Taylor reports. “The pictures are really cool, because it’s them and then all of the other boats behind them. So it ended up being really nice.”

On Friday, the group headed north from Key West for some more lunch stops and a sandbar raft-up at Islamorada. Friday night, it was off to Hawk’s Cay Resort on Duck Key (near Marathon Key), where a special awards banquet was held Saturday night.

“We did a few different awards,” Taylor says. “One was the furthest traveled, which turned out to be a gentleman from Europe who owns a 43 cat with Teague motors.” Another award was given to Zane Mead of Texas, owner of the most MTIs from past and present. He’s owned a total of 10 MTIs—now, that’s a loyal customer.

“Overall, the event went really well,” Taylor says. “Honestly, we were getting a little nervous right before the run because of all the coronavirus stuff going on. But everything seemed to be OK while we were down there—it was almost like we were in a bubble. Nobody down there seemed very concerned. Restaurants were operating as normal, and everything seemed totally fine. Nobody in our group seemed concerned, or seemed sick. Everybody really enjoyed themselves. It was only when we came back that there was no food at the grocery stores.”

Taylor gave props to her roughly 10 employees and team members, who worked tirelessly to help pull off a successful fun run. “Everybody, from the cleaning crew to Milton Calafell, who runs everything, did an amazing job,” she says. “They were only getting a few hours of sleep a night because they were cleaning so many boats. They were busting it to get everything done. We really appreciate them because they do work really hard.”

Another positive aspect of the run was seeing customers from all over the country forge friendships and enjoy the extreme camaraderie. “It’s so cool to see customers from different areas who are friends now,” Taylor says. “They meet each other through boating and these MTI events, and to watch them making lifelong relationships and networking connections through these events is really inspiring.” 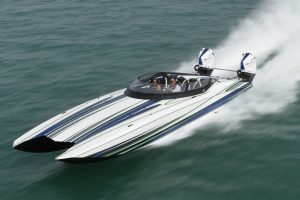 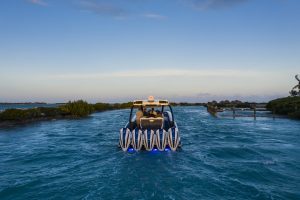 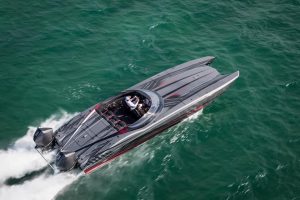 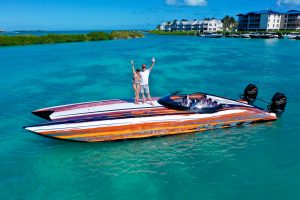