This year the National Shootout Championship was moved to Clear Lake and the course for the run shortened from 1 mile to 3/4 of a mile in light of all of the recent crashes.

The move was extremely successful and the calmer waters of the lake and extra viewing area for spectators made for an extremely entertaining event.

The most notable winner of the 10th Annual Shootout was Vern Gilbert who came away with the crown and the fastest speed of the entire event. Gilbert ran his 1991 40 Skater up to a top speed of 158mph, claiming his second win at this specific shootout in four years. With new Carson Brummet engines putting out 2,100HP and a different wingman Gilbert said there’s a lot more left to get out of the boat and that they didn’t even reach full throttle on the course. 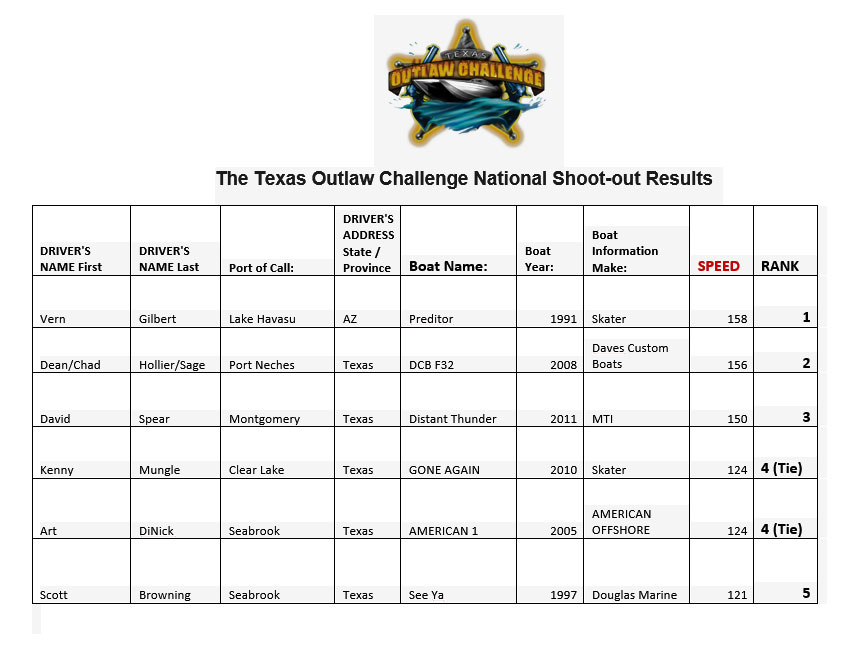 After a successful year with many of the boaters playing it safe due to the changes and wanting to get to know the course better, we can definitely expect next year to be even BETTER, BIGGER, and FASTER!

Thanks to Speedboat Magazine for the photos!

Texas Outlaw Salutes ‘Return of the Champions’ in 2020