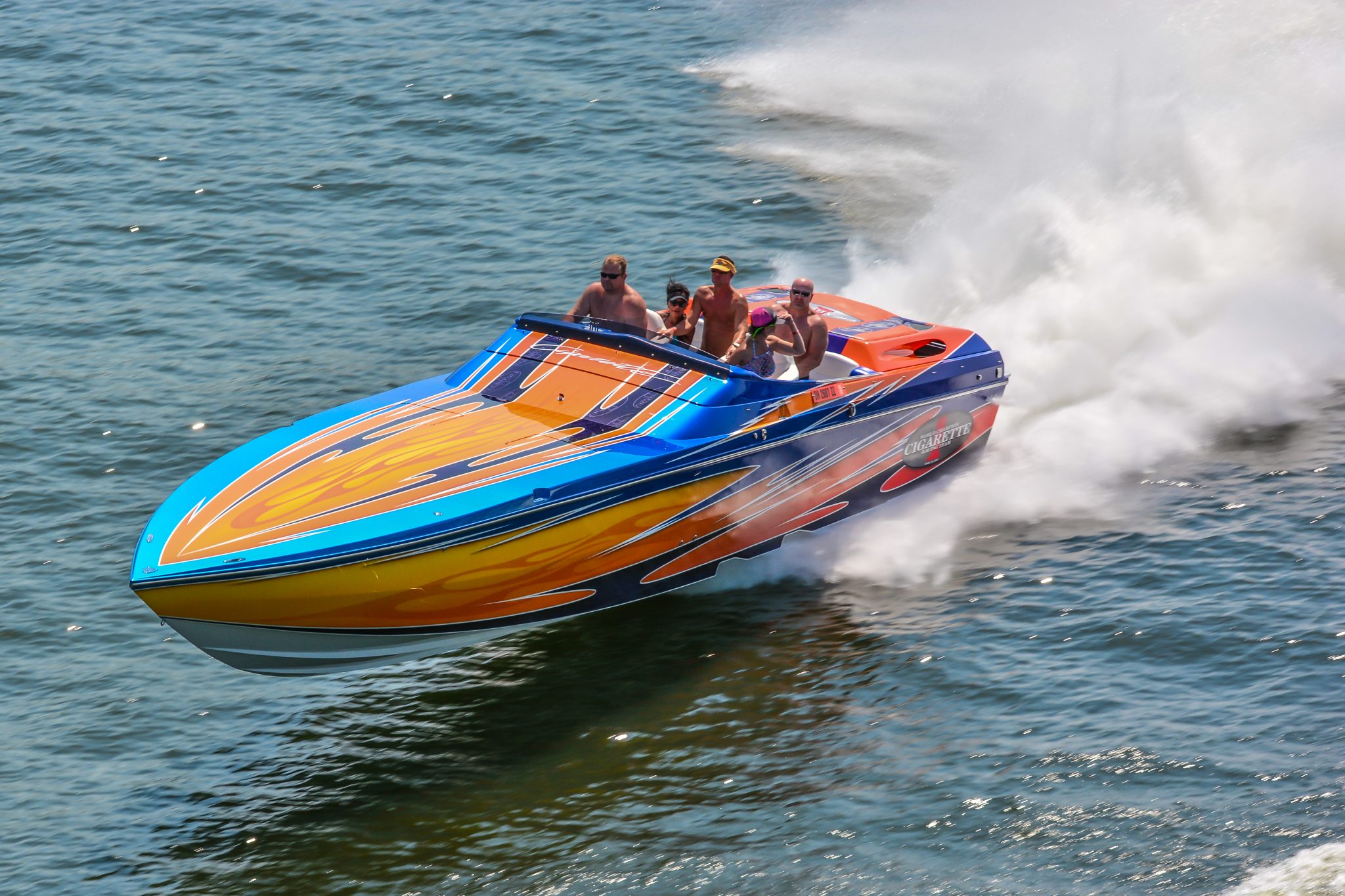 For the fifth consecutive year, Performance Boat Center is hosting the Cigarette Rendezvous at its facility, and as owners make their pilgrimage to Missouri’s Lake of the Ozarks, PBC co-owner Brett Manire is predicting the usual record-setting attendance. “I think we’re going to break my goal of a hundred,” he told Powerboat Nation. “We had around 85 last year, so we’ll have more this year. We’re also going with the same format as last year, so most of the participants will already have an understanding of what we’re doing and what’s going on.”

As of Wednesday, numerous Cigarettes and their owners were starting to arrive at LOTO for the festivities, although Thursday will be when the action really starts to rev up, with an informal meet-and-greet at the Redhead Lakeside Grill’s fabled Tiki Bar during the evening. Friday morning kicks off with a jaunt to Coconuts Caribbean Beach Bar & Grill for a lunch and pool party. Later that afternoon, it’s off to Franky & Louie’s Beachfront Bar & Grill in Sunrise Beach, MO, followed by a return to the Redhead pool deck for a pizza party and bikini show.

Saturday’s events include a run up the west side of the lake to the infamous Big Dick’s Halfway Inn for a catered barbecue lunch and music by a live band; a raft-up will follow at Linn Creek Cove. Saturday’s events culminate at the PBC Showroom with a dinner and awards banquet, followed by a fireworks display and more live music.

On Sunday, a “rehab party” has been planned at Backwater Jack’s Restaurant. “After that, we’ll be loading a lot of boats up, and everybody can head home,” Manire says.

Cigarette Rendezvous is definitely the place to be if you want to see the full range of Cigarettes through the years. The event attracts everything from Rough Riders, Top Guns and Tigers to Cafe Racers, Flat Decks and GTS Center Consoles. About 30 percent of Cigarette owners tend to be newcomers to the event. “This has become our signature event, and we very much look forward to hosting and putting it on for everybody,” Manire says.

Between selling, rigging, delivering and maintaining their various boat retail lines (Cigarette, MTI, Sunsation, Wright Performance), Performance Boat Center is working overtime on numerous events and races all over the country. PBC’s Rusty Williams is driving the Performance Boat Center/Auto Alert competitor with Myrick Coil on the OPA circuit this year, and will be heading off to run in the Texas Outlaw Challenge June 19-23. In addition, the team will be present at the Powerboating for a Cure Poker Run June 28-29 in Norfolk, VA; then Williams and Coil head to Sarasota for their next offshore race July 5-7. “Trucks are not even getting cooled off, we’re running them so hard,” Manire says.