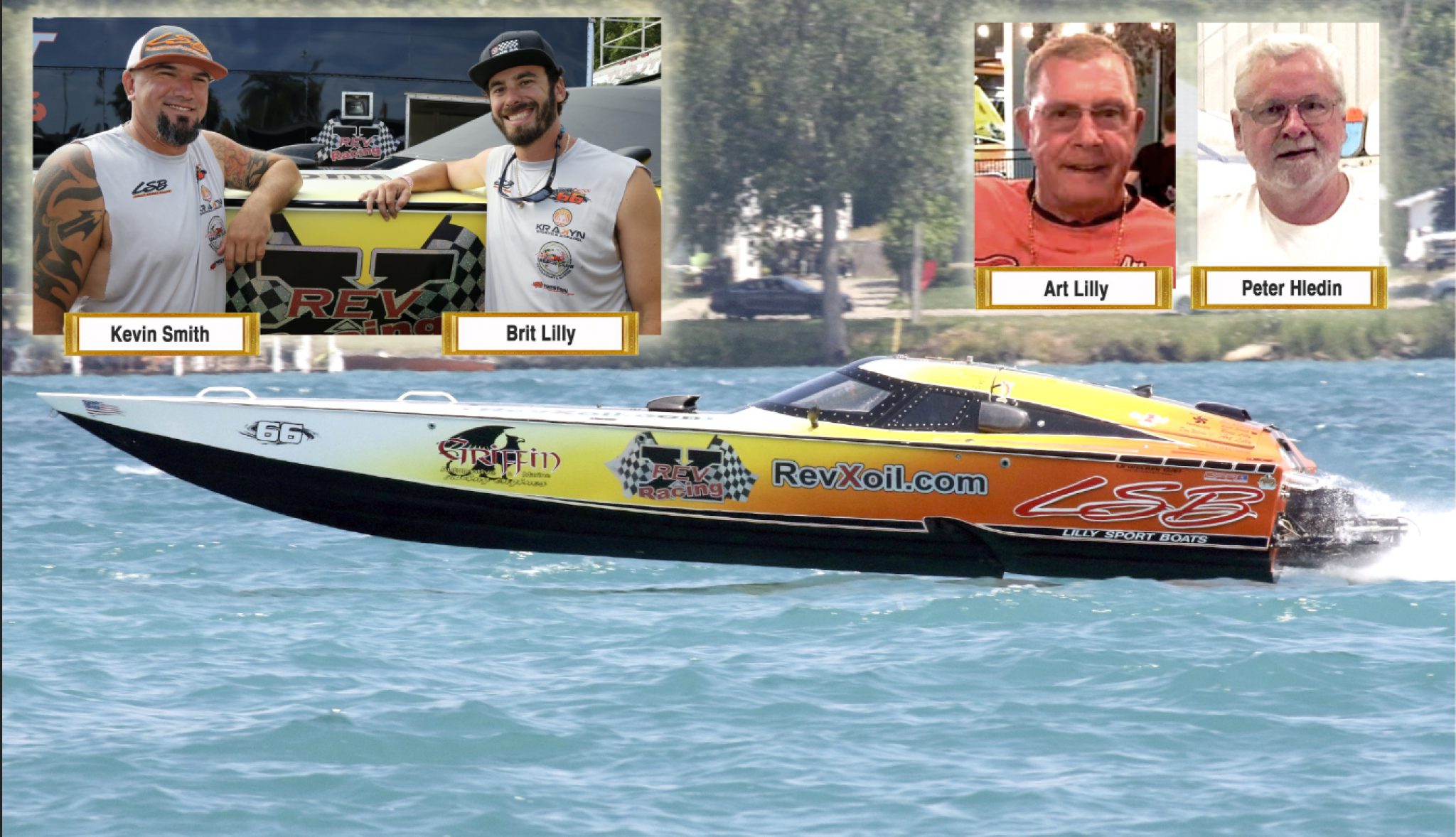 Lilly is currently the owner/driver of the Pro Stock V competitor LSB/Hurricane of Awesomeness/Rev-X Oil, a 29′ Extreme, as well as the Extreme Vee class racer Tug It/LSB, a 40′ canopied Fountain, both of which he races in OPA with his throttleman, Kevin Smith. When the 2020 season begins—whenever that may be—Lilly will also alternate with his pal Travis Pastrana—star of X Games/Nitro Circus and one of the world’s most influential extreme sports athletes—behind the wheel of Extreme Class competitor Miss Geico Racing with World Champion throttleman Sir Steve Curtis.

Lilly is also the son of the legendary Art Lilly, one of the most famous and respected living offshore racers in the world.

As if running his own shop and racing two different hulls weren’t enough work, Lilly has taken on the added role of boat manufacturer. Carrying on the Extreme legacy was “something Mark always wanted me to do,” Lilly says. So after Spates passed away from cancer in August 2019, Lilly purchased the molds from his family.

Lilly says his first Extreme is about to come out of the molds. “I’m doing stringers and bulkheads, and it’s on its way out,” he told Powerboat Nation late last week. “I’m still planning to design a pleasure boat version, but I’m not sure if I’m going to do a pleasure hull or a race hull first. I’m leaning toward the race hull,” he explains. “I think people need to be able to see what I can do. So maybe the first one would be for myself. We’ll see how things go.”

Before embarking on this journey, Lilly and Art trekked to Douglas, MI, to huddle with Art’s old buddy, Peter Hledin of Skater Powerboats, in pursuit of tips and tricks of the boatbuilding trade. “Basically, Peter shared their layup process,” says Smith. “The way that everything’s being laid up is going to save a ridiculous amount of weight. It’s going to be incredibly strong. Brit already had a game plan in mind, but then going up with Art and spending time with Pete was very educational. This Extreme Gen 3 is going to be solid.”

“I have known Art for many years, and told him that I would help them out in any way I could. So that’s what I did,” Hledin told Powerboat Nation. “Brit is just starting off in his boatbuilding career, and I’m just about finished.”

Hledin said he was glad to give the Lillys a peek behind the scenes. “I let them see what I was doing and helped them along with the lamination schedule and materials. I did give them a couple of tips.

Asked how he was holding up during the coronavirus crisis, Hledin said, “Just fine, thank you. The Skater factory is officially shut down, but we should be open again in a couple of weeks.”

Smith says that Mark Spate had made extensive written notes for Lilly, and with the extra input from his dad and Hledin, “it’s going to be amazing. We’ll also be incorporating everything that he and I have learned racing our Phantom and Extreme together for the last nine years. We’ve really put those things through the ringer.”

Some views of the new Extreme in progress: 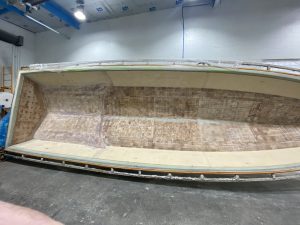 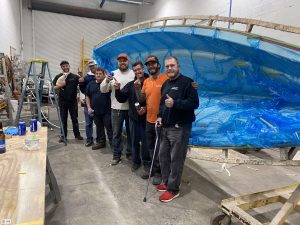