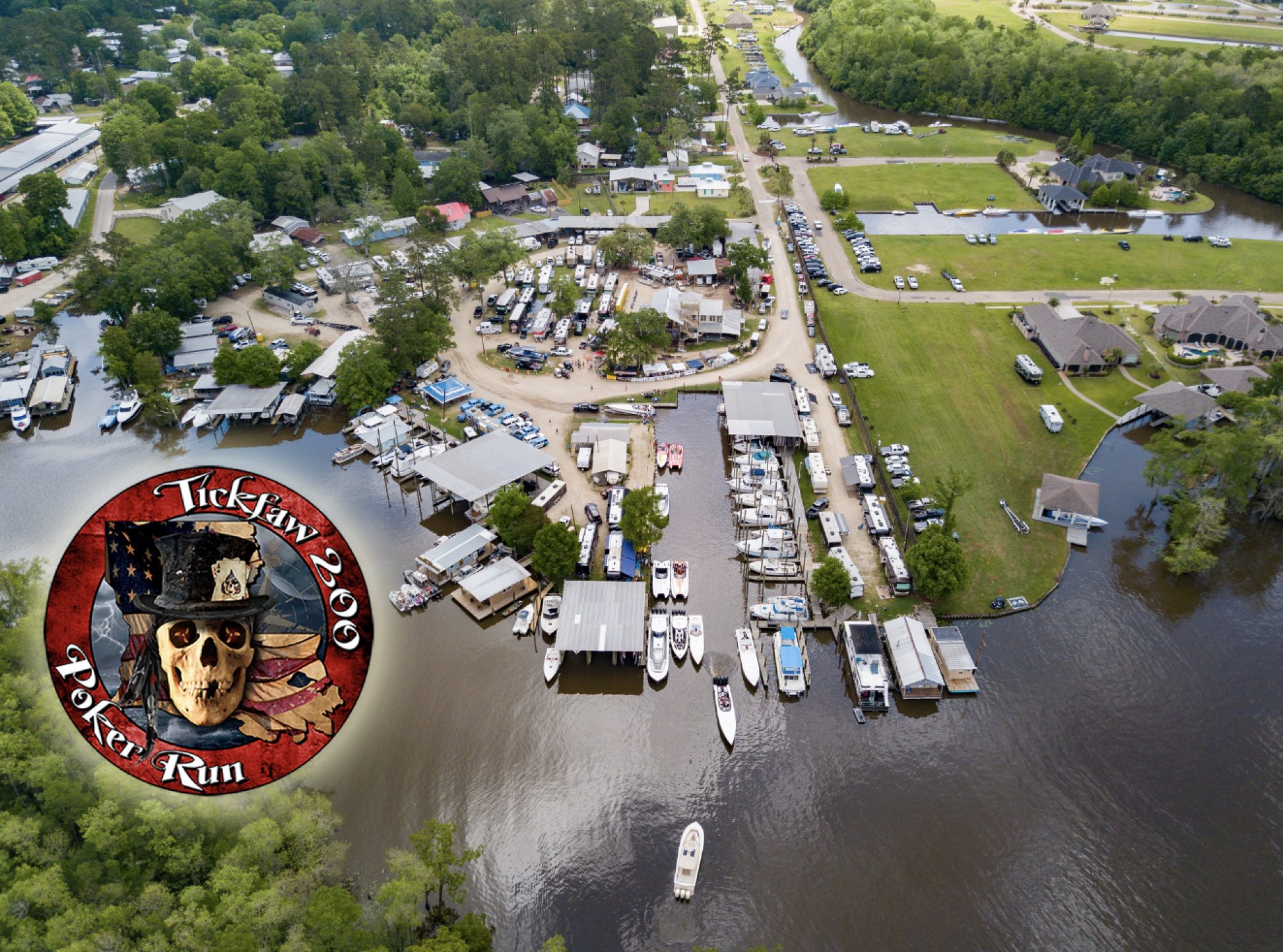 Less than a week after canceling the Tickfaw 200 event originally scheduled for April 29 to May 2, organizers have mailed checks back to those who had prepaid to attend, as well as to the event’s sponsors.

Owned and operated by Joey Fontenot, the Tickfaw 200 poker run is Louisiana’s biggest poker run, so named for its scenic 200-mile length. It is headquartered at Fontenot’s Blood River Landing Marina, and has been running annually since 1996.

“We just had to mail everything back,” Fontenot told Powerboat Nation. “But this isn’t about money. We don’t make a dollar from this. Tickfaw is about seeing all our friends, people like Kenny Armstrong. It’s about raising money for charities and helping the local economy and businesses. We don’t mind missing the poker run. What we care about is that this is going to result in a million-dollar impact to our area. What we bring in for one weekend will help them carry some of the restaurants and bars for a month, maybe even two months.”

Canceling the event because of Coronavirus fears was inevitable, Fontenot says. “They pulled my liquor license and they pulled my gambling license,” he says. “The state of Louisiana says you have to have a gambling permit to put a poker run on.”

At this point in time, people are still free to go boating, Fontenot says, “but there are no restaurants open, no bars open. There’s nothing. But I’ll tell you what’s happening now—you’re seeing more families going fishing. This has always been a river with fun and partying and powerboats, and now we’re seeing a lot of bass boats and families with kids, because they’re all out of school.”

Fontenot and his crew have little recourse now except to plan for a bigger and even more exciting Tickfaw for 2021.

TICKFAW 200: A Secret Message for Windship!