Home Powerboating News BEST OF 2019: Tickfaw 200 Expands to an Unofficial 280 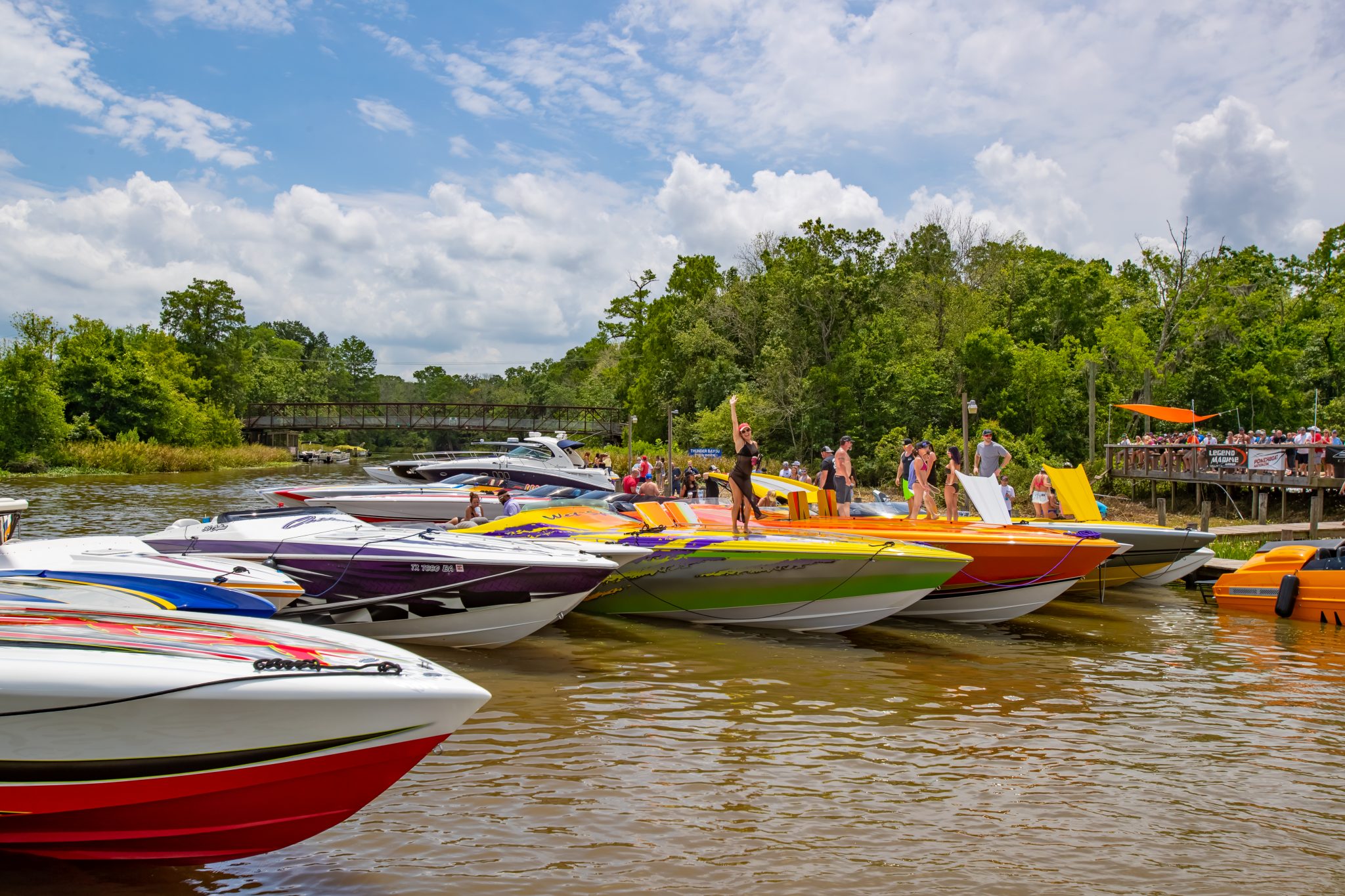 For the 2019 edition of the Tickfaw 200 Poker Run, participants were no longer confined to Louisiana. Some players went as far as Mississippi for a poker card this year.

Headquartered at Blood River Landing Marina, the event expanded its run into the Magnolia State for the first time, adding an extra day to the itinerary. In addition, the poker run added Shaggy’s Pass Harbor, home of the original Shaggy’s restaurant in scenic Pass Christian Harbor, as a stop. This year’s course encompassed a total 280 miles.

“It went really went smoothly,” co-organizer Casey Harrison said. “We had a little rain on Saturday, which slowed things down, but that’s kind of typical. Everybody seemed happy.”

Harrison said the expansion into Mississippi went extremely well, with one exception: “The marina over there said they would have enough 93 octane, and they didn’t. But we made it work out—luckily, a guy came through with a tank truck and helped us out.”

Most of the Tickfaw regulars were present and accounted for, including Kenny Armstrong, John Woodruff and Todd Campbell, and at least two boats were sold at the event, including a 35 Statement and a 42′ MTI.

Tickfaw 200 was scheduled within two consecutive weeks of Desert Storm in 2019, and Speedboat Magazine and Powerboat Nation’s editors attended both events to capture images of two of the largest and wildest events known to the performance boating world.

The wild and wooly Tickfaw 200 was formed in 1996 by “Crazy Charlie” 23 years ago. It’s easily one of the highest attended Poker Runs in the country. The appeal of this run, unlike most others, is the surprising lack of schedules. There are no start times, just as there are no end times. There is no specific order in which to hit the card stops, nor is there a mandate to hit them at all. The vibe is loose and casual, and that’s exactly how organizers Joey Fontenot and Casey Harrison prefer it.

That’s not to say that they don’t work hard in putting this event on. Quite the contrary. Both guys work year-round to assure that everyone that attends, enjoys their time there. There are the countless things that make the Tickfaw 200 unique. Like the many RVs that literally camp on the grounds of the Blood River Landing all week, the “Fun House” bar, which is an eclectic compound of cool and kooky collectibles, that stays well stocked exclusively for the thirsty fleet.

There’s also the imminent possibility that you may boat right past an alligator, which call the swampy waters their home. This year, boating super-enthusiast and personal friend John Woodruff of the famed MTI Windship brought along his personal friend, celebrity comedian Ron White of the Blue Collar Comedy Tour to Louisiana and the performance boating community. He was cool, comedic and cordial to all who recognized him–shaking hands, taking pictures and, if you were lucky enough, sharing his brand of Juan Tequila with him. He even agreed to judge the Powerboat Nation Party’s bikini contest at the waterfront establishment, Rum Buoys Bar & Grill.

Four full (or half-full) days of boating, long nights at the “Fun House,” and loads of memories encapsulate the “Tickfaw 280-2019.” Thanks to Joey Fontenot–who not only made us feel welcomed back in Louisiana, he made us feel like family. And to Casey Harrison, whose seemingly endless energy and enthusiasm keep this run worthy of “Crazy Charlie’s” legacy. He would be proud.

Be sure to look for Speedboat and Powerboat Nation at the 2020 edition of Tickfaw 200, which always encompasses the first full weekend in May. The 2020 dates are April 29 to May 2. Check out this gallery of photos from the 2019 Tickfaw 200!

Texas Outlaw Challenge Gears Up for ‘All the Highlights, Plus More’