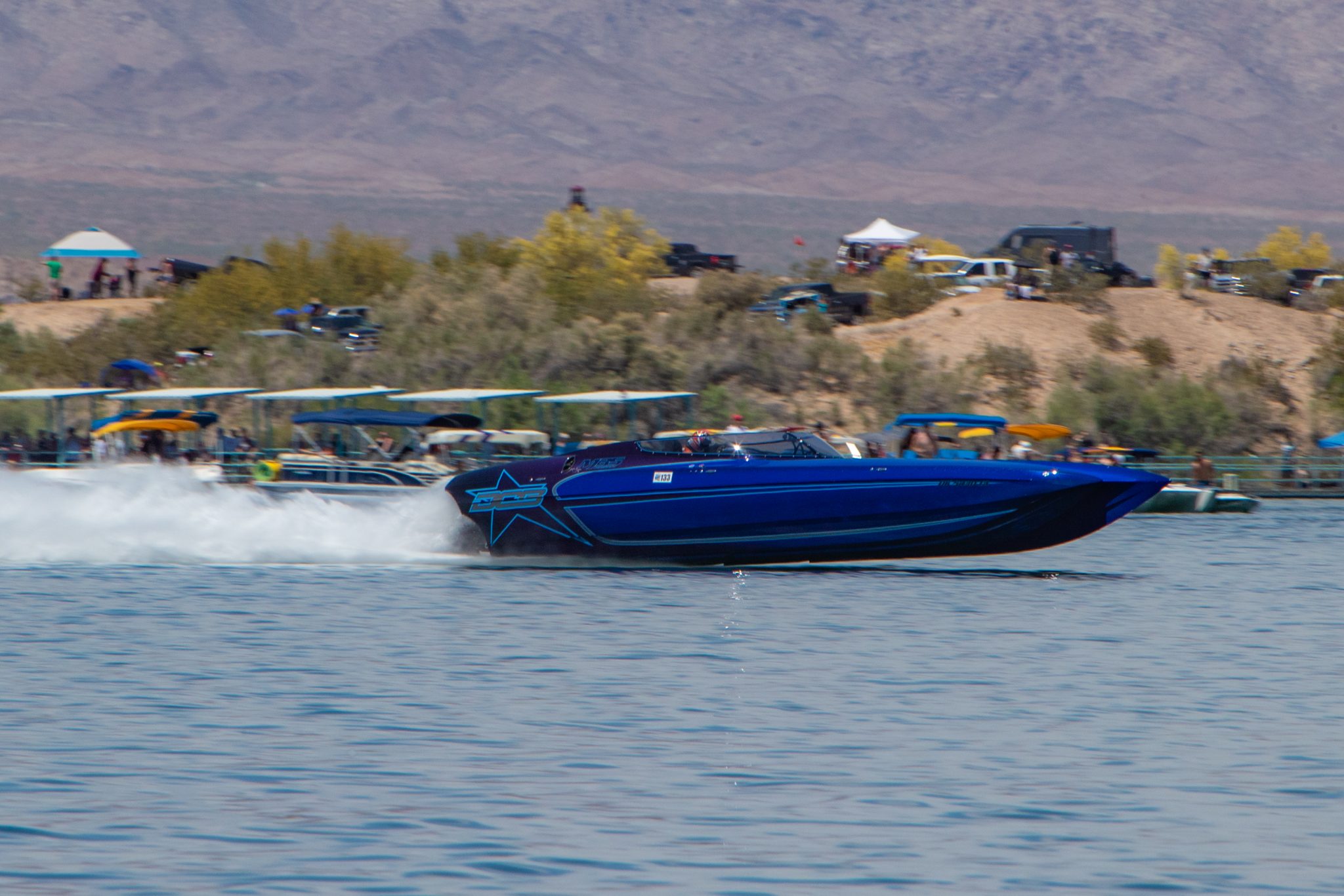 It was the sophomore year for the “new generation” of Desert Storm’s organizers, Jim Nichols Jr. and Christina Crane-Nichols, to pull off the iconic Lake Havasu powerfest in 2019. And, for the second year in a row, the London Bridge Resort was the event’s official headquarters. Here were some of the highlights:

• Throngs of spectators and participants converged on Havasu from across the country to  marvel at the wildly popular Street Party on Thursday, April 25. As per tradition, the city’s McCulloch Boulevard was teeming with muscleboats from coast to coast—DCBs, Nordics and Eliminators sharing the stage with MTIs, Mystics and Skaters. In addition to the boats, every conceivable high-performance products was on display as well, including big-horsepower wares showcased by the likes of Imco, Mercury Racing and Teague Custom Marine, with many other services and products vying for attention amid the go-fast products.

• A stellar poker run was the highlight on Friday, April 26. It was won by Daniel and Debbie Marchand, who snared a straight flush (5-9 of Spades) and took 35 percent of the purse ($7,980). In second place was Vern Gilbert of West Coast Drives (with another straight flush), and in third place was Chris Winter (full house). 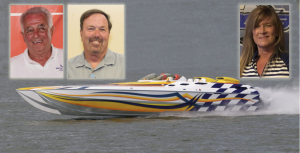 • Coincidentally, Gilbert and Winter were among the big stars during the event’s main event: Saturday’s annual Shootout. Gilbert, driving his famous 40′ Skater Predator, went 185 mph in his second pass, clinching the coveted King of the Desert title. Miranda Jones, driving another 40′ Skater, was named Queen of the Desert for her 128-mph run. Meanwhile, Winter was first in his class driving his 27′ Eliminator at a speed of 104 mph. DCBs were out in full force, with Justin Bach winning the NC31M class in his 21′ DCB (124 mph), company co-owner Tony Chiaramonte winning MC35P and MC 290P classes driving an M35 (169 mph), and M29 (143 mph) respectively.

Be sure to catch the 2020 edition of Desert Storm, April 22-27. And check out the gallery of images from the 2019 event, many of which have never been seen before!