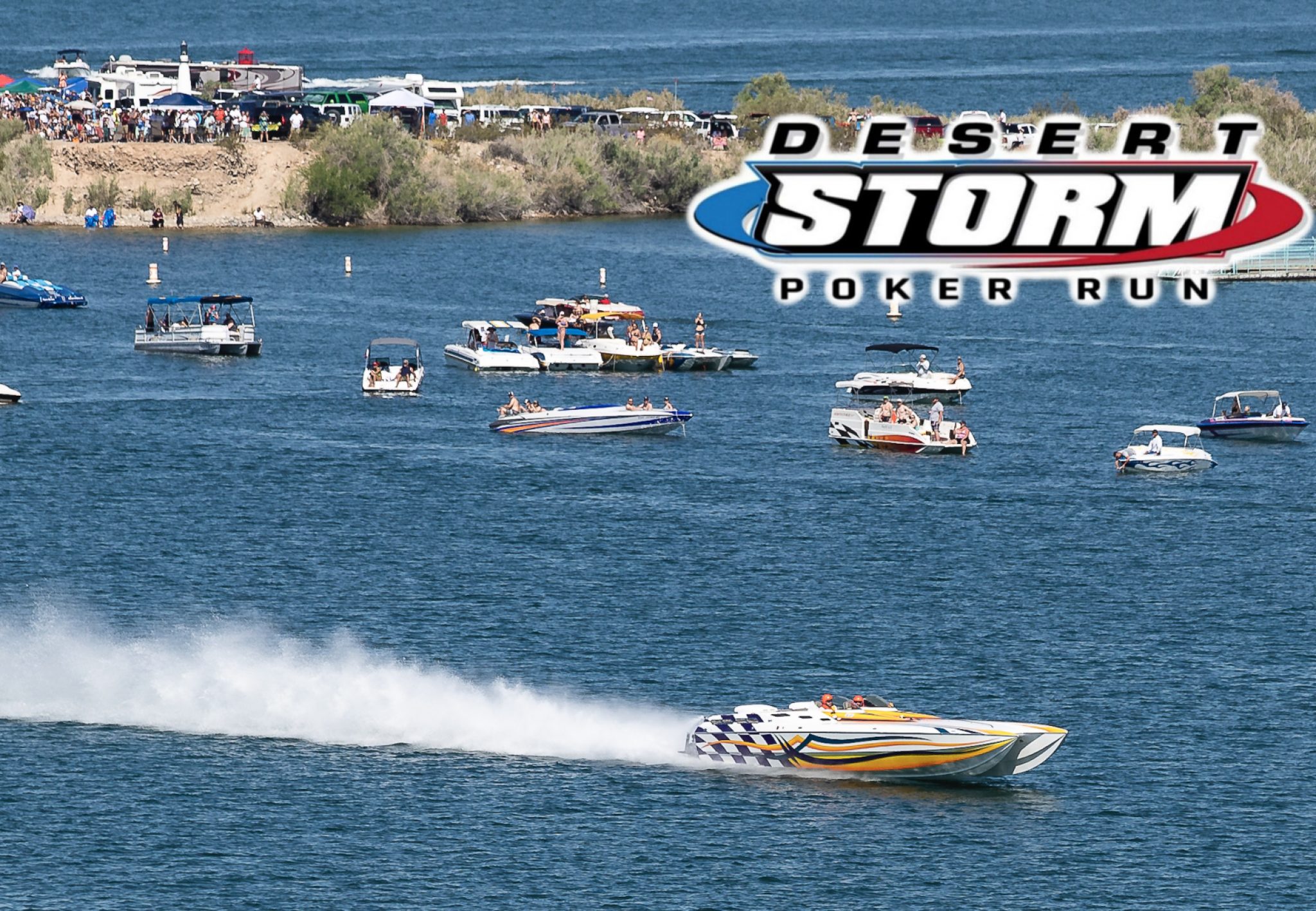 They now plan to combine Desert Storm with their fall poker run, Monster Storm, to create a one-time event called Storm 2020 later this year, between September and October.

After initially forging ahead to preserve their original April 22-26 dates, organizers Jimmy Nichols Jr. and Christina Crane Nichols explained today in a Facebook Live video that they received a phone call from the City of Lake Havasu last Friday saying that all permits would be pulled for the next 60 days. Faced with a black hole of uncertainty, they turned to their sponsors to help decide how to proceed.

The three choices came down to: Continue to monitor the situation, reschedule for sometime in the summer, or postpone the event to the fall.

“The overwhelming response from sponsors was, ‘We support whatever you decide to do,’” Crane said.

Ultimately, the pair said the uncertainty aspect was causing them to lose sleep, so a decision was made to put off the event until the fall, when presumably life would return to a semblance of normality.

“We honestly thought this would blow over pretty quickly, but it hasn’t,” Crane said, adding that she herself comes from a medical background and suffers from an autoimmune disease. “I’m very at high risk for this, and my intention is not to put anybody else at risk for it.”

They promised to keep fans updated through emails and social media.