Home Powerboating News Texas Outlaw Challenge Gears Up for ‘All the Highlights, Plus More’ 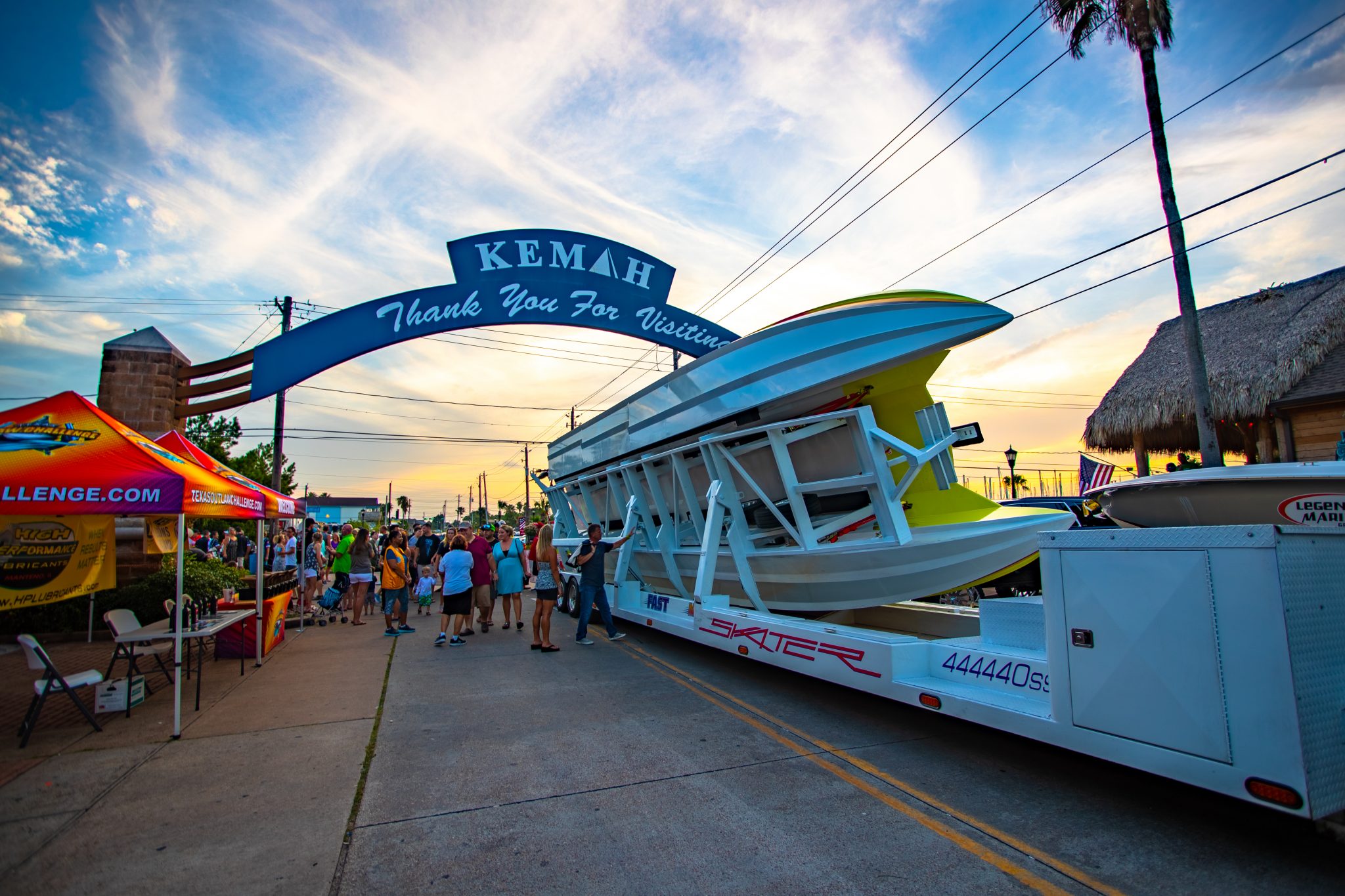 Triple-digit speedboats, off-the-hook pool parties and drop-dead-gorgeous girls: it’s a Lone Star State tradition, and it’s all about to unfold again in the city of Kemah, TX.

One of the premier boating events in the nation, the Texas Outlaw Challenge, is revving up for its 12th annual installment, June 19-23. For the third consecutive year, the shootout will be held on the protected waters of Clear Lake—a major change from the previous custom of holding it on the open waters of Galveston Bay.

The 2019 event will encompass “all the highlights plus more,” according to event organizer and coordinator Paul Robinson. “We always seem to find a way to enhance our guests’ experience and give them something fresh every year.”

It wouldn’t be a Texas Outlaw Challenge without the over-the-top party thrown by Robinson’s neighbor, Kenny Armstrong, at his spectacular “casa,” which attracts throngs of locals and out-of-towners alike—plus, it doubles as a poker-run stop.

In addition to the usual parties, bikini contests, bike rallies, awards and on-water fun (see schedule below), this year Marine Max has offered its expansive facility in Seabrook—which includes a huge showroom, patio and private marina—to host an exclusive “Outlaws to the Max” finale gala and awards ceremony on Saturday, June 22, following the Gunslinger Poker Run.

“Because the event has gotten so big, the challenge has become which venues can accommodate you,” Robinson explains. “We like to enjoy each other’s company, along with all of our new friends, as a group, but we’ve never been able to do that in a big finale. Outlaws to the Max will allow us to extend our hospitality to everybody. It will allow us to do a grand Casino Night with live entertainment.”

The finale party will feature select VIP boat slips right in the party at the marina, and they will be offered complimentary bottle service straight to their boats. “I think that may be a first,” Robinson says. “I don’t think anyone’s ever had bottle service to their boat and crew parties. We’ll have 25 crew parties, as well as the big Gala going on in the main showroom, and it all connects. We’re excited about that.”

Also, for the first time, the gang from Missouri’s Performance Boat Center will be attending the event, and Robinson is also stoked that HCB Yachts/Hydra Sports is attending with its massive 53’ Sueños center console yacht.

Awards will be handed out at the Outlaws to the Max finale gala on Saturday, June 22 from 7 p.m. to midnight at Marine Max in Seabrook. 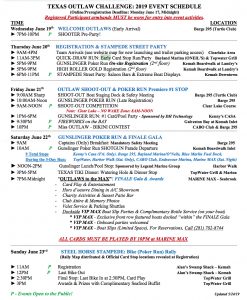