Driving on a counterclockwise rotation on the Lake of the Ozarks, racers mounted their second of six meets in the OPA/P1 season as half a dozen classes kicked off competition on Saturday.

In Class 4, SimmonsMarine.com—winner of last month’s season-kickoff Thunder in Cocoa Beach—was first in the class. Competitor Team Woody left the race after losing an ignition coil. 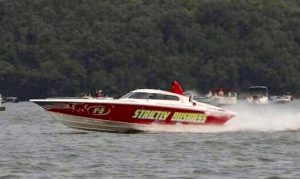 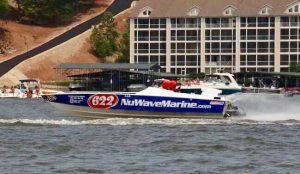