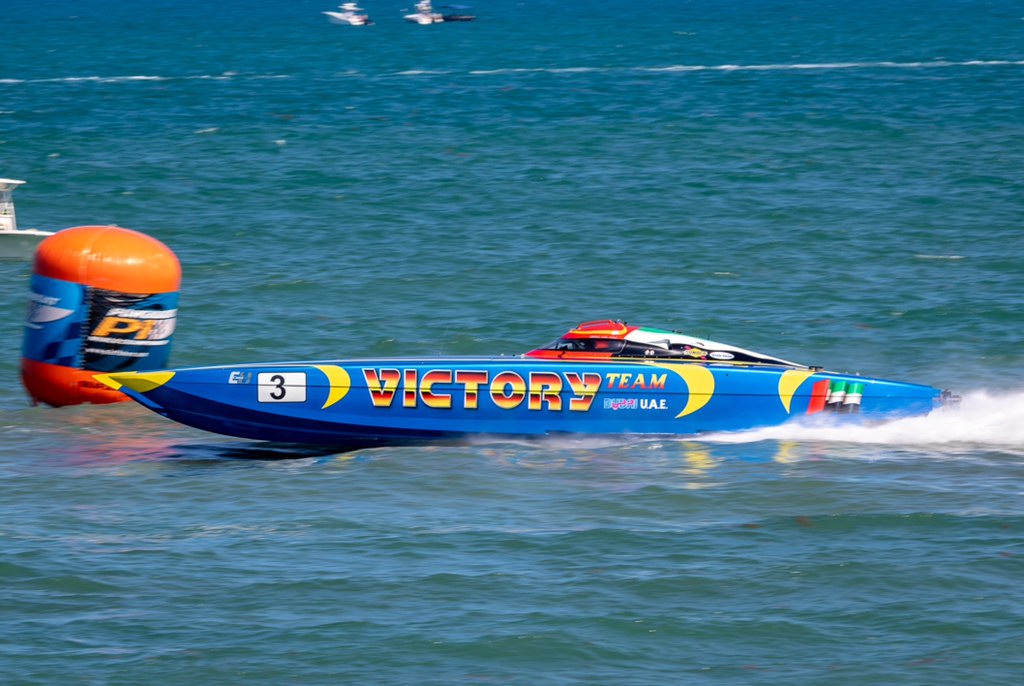 The Offshore Powerboat Association (OPA) wrapped the sixth and final round of the 2019 APBA Offshore Championship Series, a collaboration with Powerboat P1, in Fort Myers Beach, FL.

Salem Al Adidi and Eisa Al Ali guided their Victory 3 boat to a historic 15th world crown after clinching the race over the weekend. After lead starter Jim Jackson had called for a restart following a jump start by 222 Offshore, the Victory 3 competitor surged into the lead at the first turn. And barring a few instances when the Australia-based team came close to overtaking, the men in blue cruised to their maiden ClassONE world crown along the Fort Myers Beach in the early hours of Sunday.

“I can’t describe my feeling,” said throttleman Al Ali. “It’s like a dream come true for me in Class One racing. I have been waiting for this moment for a long time now. It was a fight till the end. 222 Offshore was the biggest threat and so was Miss Geico, so the idea was not never give either of them an opportunity to pass us, and that to me, was the key for the race. We had the best of everything today—a good setup and a good understanding between Salem and me. This was indeed a true team effort.”

Tied with 82 points each after the fifth round in Michigan City, Al Adidi and Al Ali had just the top spot on their minds. And this showed as the Victory 3 boat immediately hit a speed of more than 120 mph on the turn to take that first turn ahead of 222 Offshore, stablemates Victory 33 and Miss Geico. By the third lap, Victory 33 slowed down, allowing 222 Offshore to become a serious challenger to Victory 3. But Erik Stark and John Tomlinson managed to sneak in over the wake and challenge 222 Offshore from the inside—and denying them a clear look at race leader Victory 3.

Meanwhile, LSB Hurricane of Awesomeness, featuring Brit Lilly and Kevin Smith, took the checkered flag in Pro Stock Vee after overtaking Done Deal. They were the winners of the National Championship trophy as well.

Supercat Class racing was another nail-biter, with AHM Motorsports leading for most of the race. However, when team members Aaron Hope and Anthony Smith developed mechanical problems in their 388 Skater, the Kiwi team of Pro Floors Racing took the lead. Owner/driver Wayne Valder and throttleman Grant Bruggemann took the win and also scored the National Title; they were followed by WHM Motorsports, with driver Billy Mauff and throttleman Jay Muller.

Punisher, featuring Charlie McCarthy and Tony Silveira, took the win in Super Vee Extreme; coming in second was the father-son team of Steve and Stephen Kildahl in Boatfloater.com. The Kildahls also grabbed the National Title.

Knucklehead Racing’s Instigator, with Ed Smith and Anthony Smith, took the checkered flag and the National Title in Extreme Class. 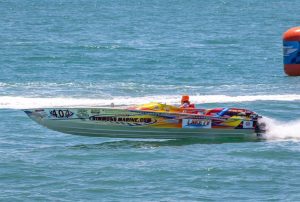 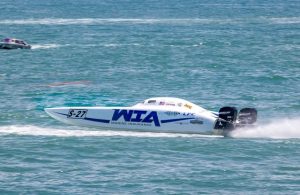 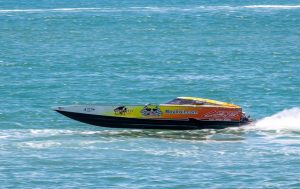 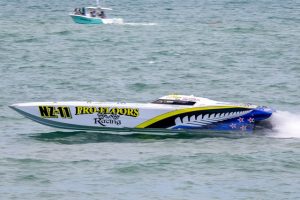 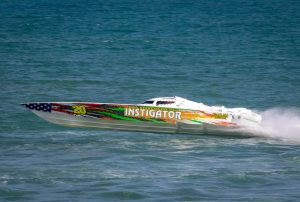