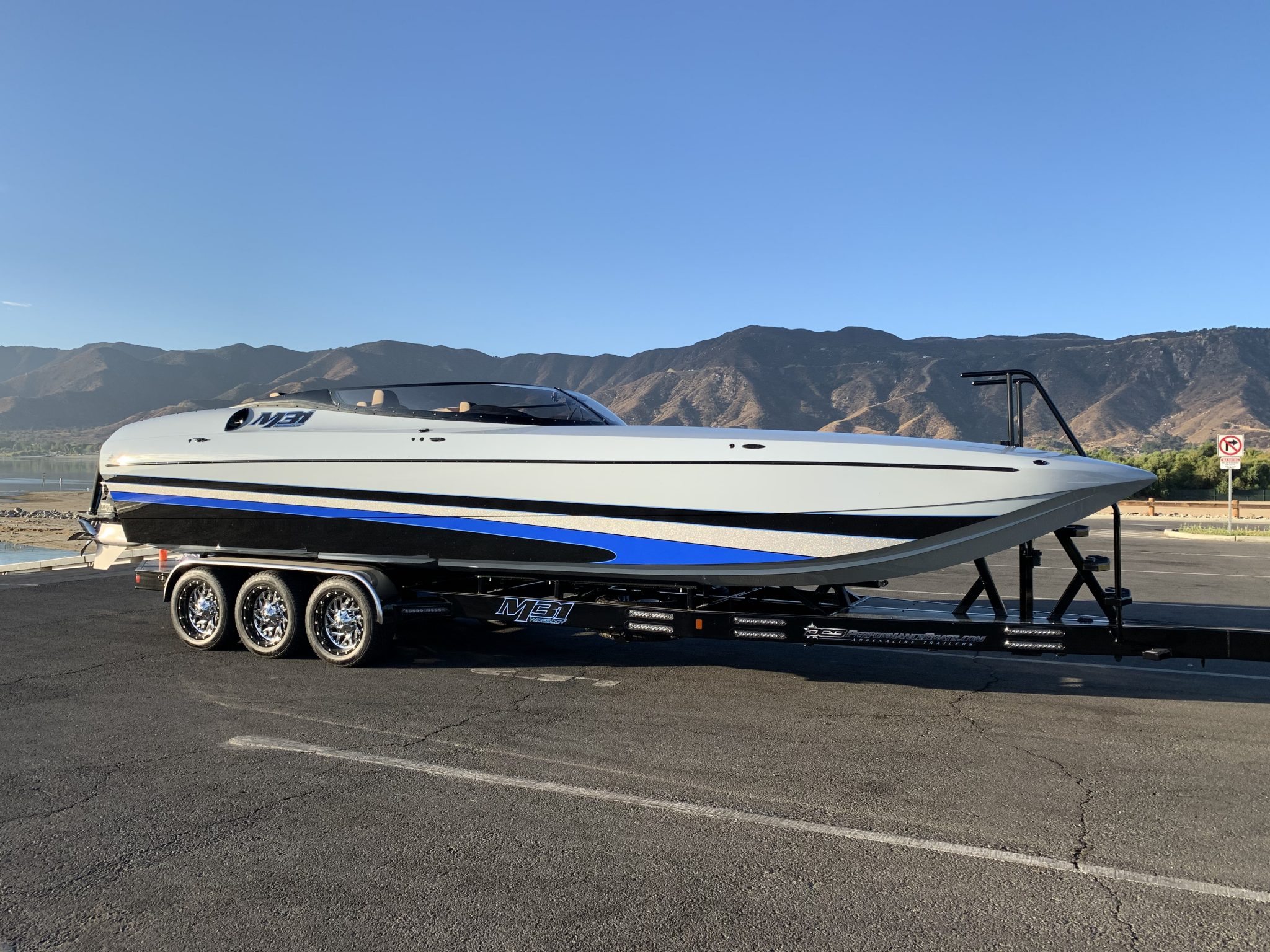 DCB, which is currently celebrating the 10-year anniversary of the M31 Widebody, loaded up Clark’s model with innumerable goodies, including 100% Alcantara interior, a custom-matching carpet kit with shaved diamonds in the fabric, Stage III stereo and Phase III gelcoat scheme.

Clark says he’s especially delighted with the boat’s “blacked out” motif: “Everything on the boat is blacked out,” he says. “The rubrail’s black, the pop-up cleats are black, the fender holders are black, the exhaust tips are black. So it was a little bit different than the usual DCB. Also, the interior doesn’t match the exterior at all.”

“The overall experience itself working with DCB was absolutely outstanding,” Clark says. “One of the main reasons why I felt so comfortable writing that huge check—they’re phenomenal. I can’t say enough good things about those guys. I knew I was in truly competent hands. They just made it so easy.”

Clark plans to use the boat in Parker, AZ, where he has a home, and he’ll lend the boat to the DCB crew to display at the 2020 Los Angeles Boat Show as well.

Some specs on the M31 Widebody:

Check out this cool image gallery of the M31: