The final night at Pirates of Lanier Charity Poker Run can go long.  The reason it goes long is because of the huge generosity of the participants who have the need to give.   For the past four years Jarrett Gorlin has stood at the final table until he has won the top prize only to give it all back to support the charities.

This year Michael Pierce, from Baton Rouge, Louisiana, hit the final table hard and was able to draw a Royal Flush well before Jarrett.  Most of us, myself include left to know Michael had won and all was well with the world. But Hell No! Jarrett was having none of it and despite drawing longer into the night and digging even deeper into his pockets for yet another $1000 after another $1000, even having Michael draw cards for him as he continued to give. Jarrett would not leave until he prevailed and prevail he did as he was able to draw a matching royal flush. Now it was down to the wire and the chance draw of one card per player with the high card winning. Michael’s 9 of Hearts just couldn’t beat the King of Diamonds pulled by Jarrett’s proxy, the man with the winning touch, Dylan Floyd who is also the head of the Sigma Nu Fraternity at Georgia Tech who led 28 other Fraternity Brothers as volunteers at the event. Dylan has been the lucky hand, pulling cards for Jarrett for at least the past two years of his winning streak!

Congratulations to all and a huge thank you to everyone who contributed to raise so much money for the event. The final amount raised is expected to be revealed soon right here on PowerboatNation.com! 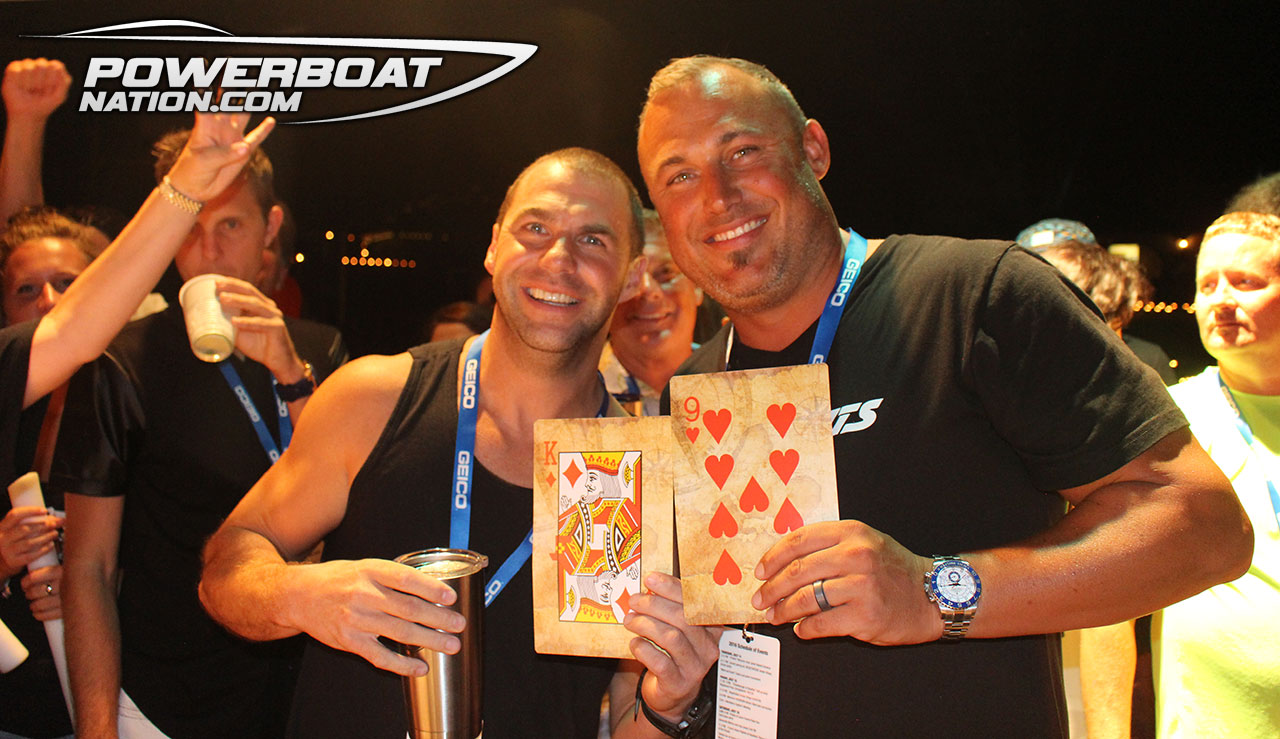