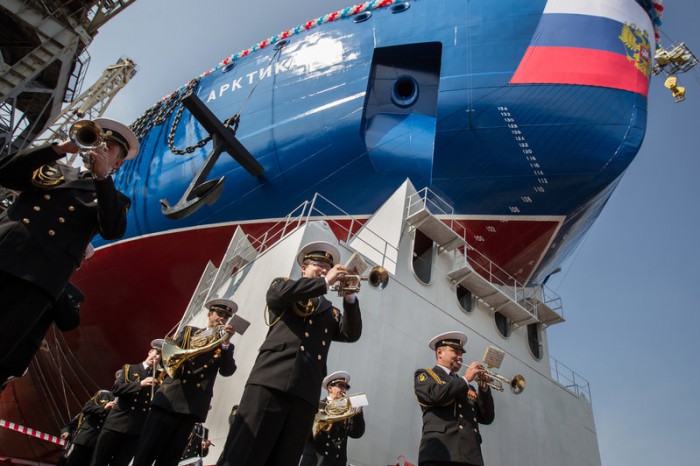 Everyone knows that as far as Russia is concerned, bigger is always better. This age old adage holds true when it comes to icebreakers specifically, and the new Arktika that launched in St. Petersburg today is proof.

The Arktika is 568 feet long and she’s powered by two nuclear reactors that give her the ability to break through ice 13 feet deep.

“She is one of several new icebreakers planned for Russia’s growing fleet — a fleet already bigger than all other countries, combined,” Mary Louise of NPR reports.

“Russian interest in the Arctic is rising, as global warming opens up shipping routes and access to mineral resources.”

This latest massive boat launch coincides with Russia’s push to build new bases in the Arctic Circle as well as modernize most of their nuclear submarine fleet.

While Russia has over two dozen icebreakers, the US Coast Guard has one, making it clear that we are at a disadvantage in this newly developing arena. 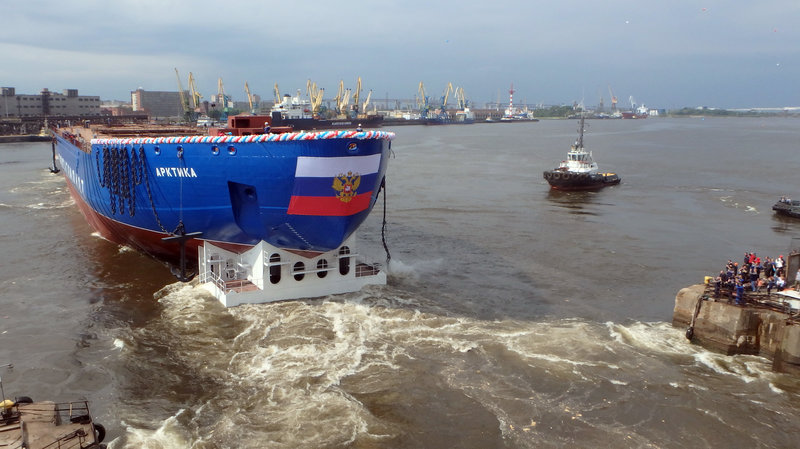