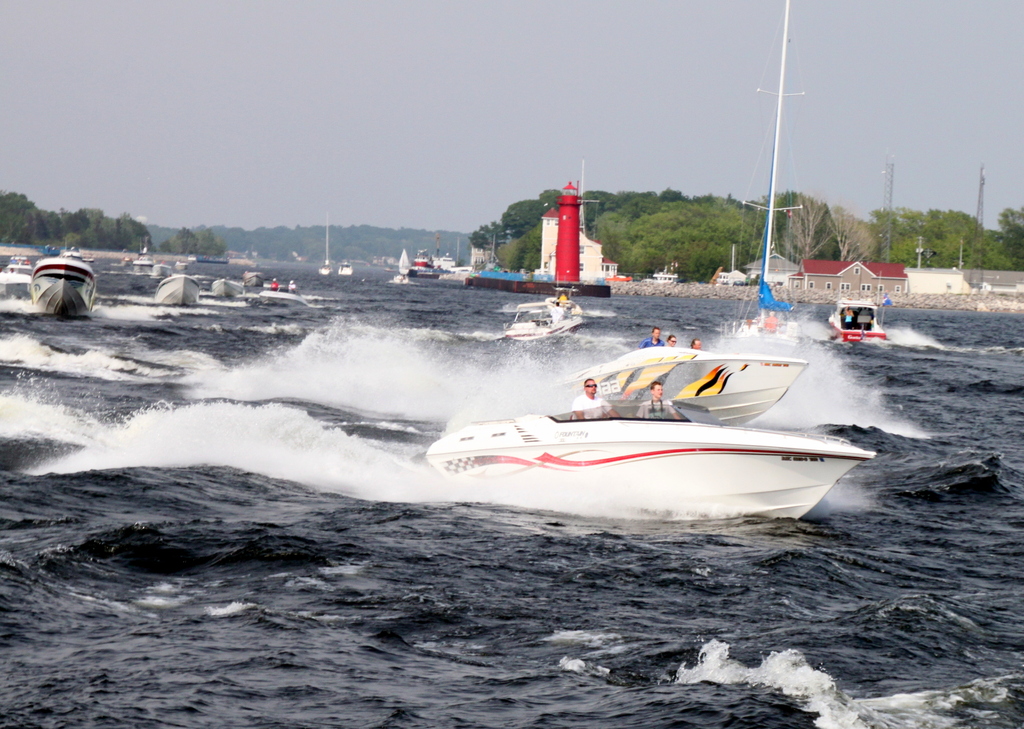 We all love powerboating for the same reasons. Whether you love the speed, the performance, the community, the racing, or simply being out on the water with friends, it’s something we can all enjoy and relate to. It’s more than just a hobby it is a passion and we are all family. Despite several tragic events of late, there is always a silver lining. West Michigan Offshore in partnership with the Make-A-Wish Foundation were able to make a dream come true for a young boater this last weekend in the form of a powerboating adventure he was never ever forget.

In December 2015, 12-year-old Brooks Kingma was diagnosed with a cancerous brain tumor. While still undergoing treatment, Brooks’ family reached out to the foundation and after hearing about Brooks and his situation, WMO invited him to speak at one of their events. But they didn’t just stop there! WMO chairman Chris Dekker had other plans for the young boy in hopes of giving him the best gift he’d ever wished for.

“When he came we asked him a couple questions about power boating and you could see he just lit up immediately and we knew then that we had to get him on a boat,” said Dekker. “I wanted to show our members in West Michigan Offshore exactly what Make-A-Wish does and how powerful each dollar is.”

So in true powerboating spirit, WMO took Brooks on a high speed ride across the waters of Lake Michigan in a powerboat going close to 100 mph. Despite relatively flat water Brooks had the time of his life!

“I could do it every weekend,” said Brooks. “I wanted to get some air.”

We are all similar to Brooks in that our passion is not just about speed and noise, it’s about being a kid again and finding that irreplaceable happiness out on the water.