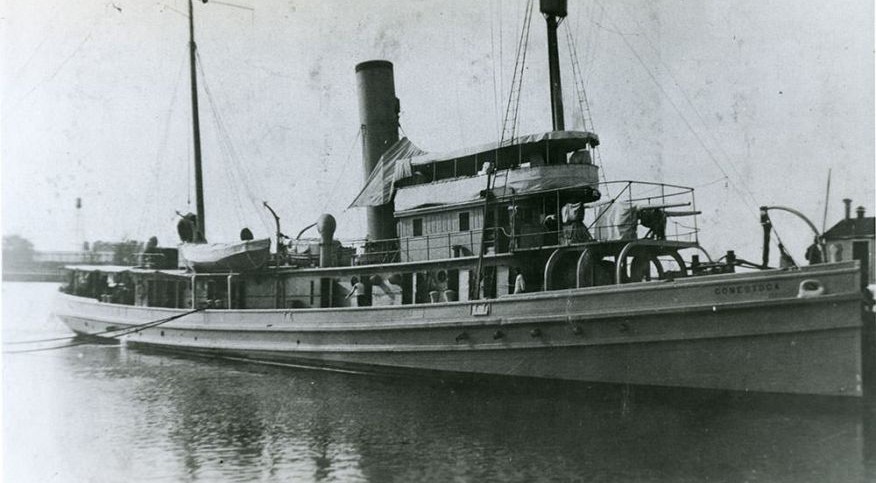 The USS Conestoga and its 56 man crew composed of officers and sailors was making a trip from California to the American Samoa nearly 100 years ago when she disappeared without a single trace.

After a massive sea and air search around the Hawaiian Islands for the missing boat, the only thing recovered was a battered lifeboat with a C on its bow picked up two months later off the coast of Mexico.

It was the last U.S. Navy ship to be lost without a trace in peacetime and became one of the top maritime mysteries in Navy history.

Now it’s no longer a mystery.

It was announced Wednesday that the boat had been found in the Greater Farallones National Marine Sanctuary off San Francisco about 95 years after it had disappeared.

“After nearly a century of ambiguity and a profound sense of loss, the Conestoga’s disappearance no longer is a mystery,” Manson Brown, assistant secretary of commerce for environmental observation and prediction and deputy NOAA administrator, said in a statement. “We hope that this discovery brings the families of its lost crew some measure of closure and we look forward to working with the Navy to protect this historic shipwreck and honor the crew who paid the ultimate price for their service to the country.”

First spotted in 2009 the wreck was only speculated to be the Conestoga but only Wednesday was it officially confirmed.

“Thanks to modern science and to cooperation between agencies, the fate of Conestoga is no longer a mystery,” Dennis McGinn, the assistant secretary of the Navy for Energy, Installations and Environment, said. “In remembering the loss of the Conestoga, we pay tribute to her crew and their families, and remember that, even in peacetime, the sea is an unforgiving environment.”

When it left San Francisco 95 years ago, it left from Mare Island Naval Shipyard at 3:25 p.m., headed for Pearl Harbor. Although the cause of the wreck is still unknown, it’s speculated that the weather was a critical factor with winds reported in excess of 40 MPH and rough seas at the time.

The wreck was found in 189 foot deep water and based on its orientation it is thought that the crew had been attempting to reach a protected cove nearby.

“This would have been a desperate act, as the approach is difficult and the area was the setting for five shipwrecks between 1858 and 1907,” according to NOAA’s report on the Conestoga discovery. “However, as Conestoga was in trouble and filling with water, it seemingly was the only choice to make.

After ROV footage confirmed that it is indeed the Conestoga, only one mystery remains…

No human remains were discovered at the site. Where is the crew?